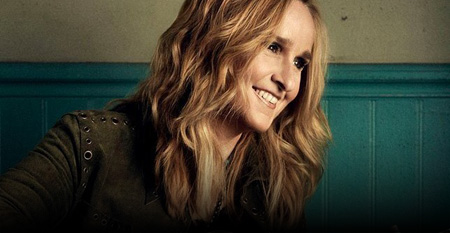 Always been known as a confessional musician, Etheridge’s personal woes have been on display in a new way with her 2010 split from actress Tammy Michaels and the alimony and custody cases that have only recently been resolved.

Nevertheless, Etheridge sings about her readiness to accept love again on her newest release, explaining that when she sings, “I think I’m ready to try my hand at love again” in the track “Rock & Roll Me,” she’s referring to her budding relationship with “Nurse Jackie” creator Linda Wallem, whom she met through her ex.

“I don’t think we’re ever ready,” Etheridge says. “Like if it was up to me I’d still be sitting up in my room, ‘No! No! I’m not going to do that again!’ But love has a way of coming and the relationship that I’m actually in now, she’s been my best friend for 10 years.

“Believe me, I wasn’t going to go out and look for it; it found its way into my home. I’m very happy. Yes, I am ready to try my hand at love again.”

You described that 4th Street feeling as the freedom to put everything you owned into your Chevy Impala. You’ve been on a long journey from Leavenworth, Kan., so it’s interesting that the emotional center of this album has us listening to Al Green and Tina Turner on your old 8-track. Why was it so important for you to bring us all back here with you?

Etheridge: Because that’s where my journey took me. I thought in the spiritual evolution of aging and gaining wisdom that I would somehow shed all my old stuff and become something new.

What I found is the only way you can become something new is to completely embrace all the old that you are and understand where you came from, and hold it, and even change your past in a way — in the way that you perceive it. In the way that you hold it now.

And music takes you right back there. It’s obvious that we’re doing some reminiscing as a society right now. The music sounds like it’s right out of the ‘60s or something, everything is retro, it’s going back. It’s like taking the best of what we did do and growing on it.

You came out 19 years ago and released “Yes I Am.” Just recently, R&B singer Frank Ocean followed your script, coming out and dropping an album; how has the music industry changed for gay musicians since ‘93?

Well, there’s safety in numbers, you know? I think in the ‘90s when those of us were speaking out, it was a sparse field. But I think everyone was kind of watching going, “Well, are you going to lose everything? Is it going to be like what we think?” And it’s all about how you kind of hold yourself in it.

Back then we did it. Did it hurt my career? I say, “I went from selling one million to six million.” People can see that I’m not blaming any of my perceived failures on being gay, so I hold it that way. It’s just part of who I am. It’s part of the big tapestry of who I am. …

We also know that the male aspect of that sexuality can be really frightening to a lot of people, so I think that it is somehow looked at as it’s harder to be a gay man and open in the entertainment industry. You’ve got to be really solid to do that. In general, it’s a little more delicate of a subject, just because of all the fear.

Four years ago, you took part in the historic Logo-HRC presidential election panel. What do you think of what’s happened since then?

In the last 20 years, especially the last four, I think [the LGBT community has] become wiser about what part we play in this American drama that keeps unfolding in front of us, this experiment called Democracy and America and equality and what it really means.

We challenge it to its very core and we’ve seen how we’ve been played in this game. OK, our votes are important, but no one can ever give us full cooperation, or they might be deemed less than, weak, or whatever scares them from giving us our civil rights.

So I think this last thing that Obama did, by saying he supports gay marriage, it changes the direction of the stream just enough to kind of give us, “Alright, there’s a reason we’ll vote for you again. Yes, you need our votes.” Because we’re a large group of people that cuts across every kind of people. And it also cuts across so many of our deep-seated fears in our whole culture. It’s a challenge.

We’re challenged people, and we are challenging. And I think the homosexual community is the leaders in our great societal change right now. We are really pushing it, and I think it’s great.

It always seems with the LGBT community, it’s two steps forward, two steps back. As an artist how do you respond to these crises of community?

I look at the LGBT community as the balance. We are all searching for balance right now. Our whole society. The whole human race. The gay community — we are examples of balance, because we have both the male and female inside each of us. And that’s pretty special.

And when we can learn to love that about us more, then we’ll see that there are emotional distresses in every type of person in every walk and choice of person, and that there’s a lot of sadness and a lot of fear and it makes you perfect and normal.

And we have to realize that our diversity is our strength, not only in our community but in our country, in the world. It’s loud and clear we better jump on that wagon, that everyone is different, and you have to celebrate those differences, otherwise we’re just going to destroy ourselves.

So I appeal to the LGBT community and say, “Hold yourself as someone very special. Believe in who you are, and hold your balance. And that will help balance the rest of the world.”