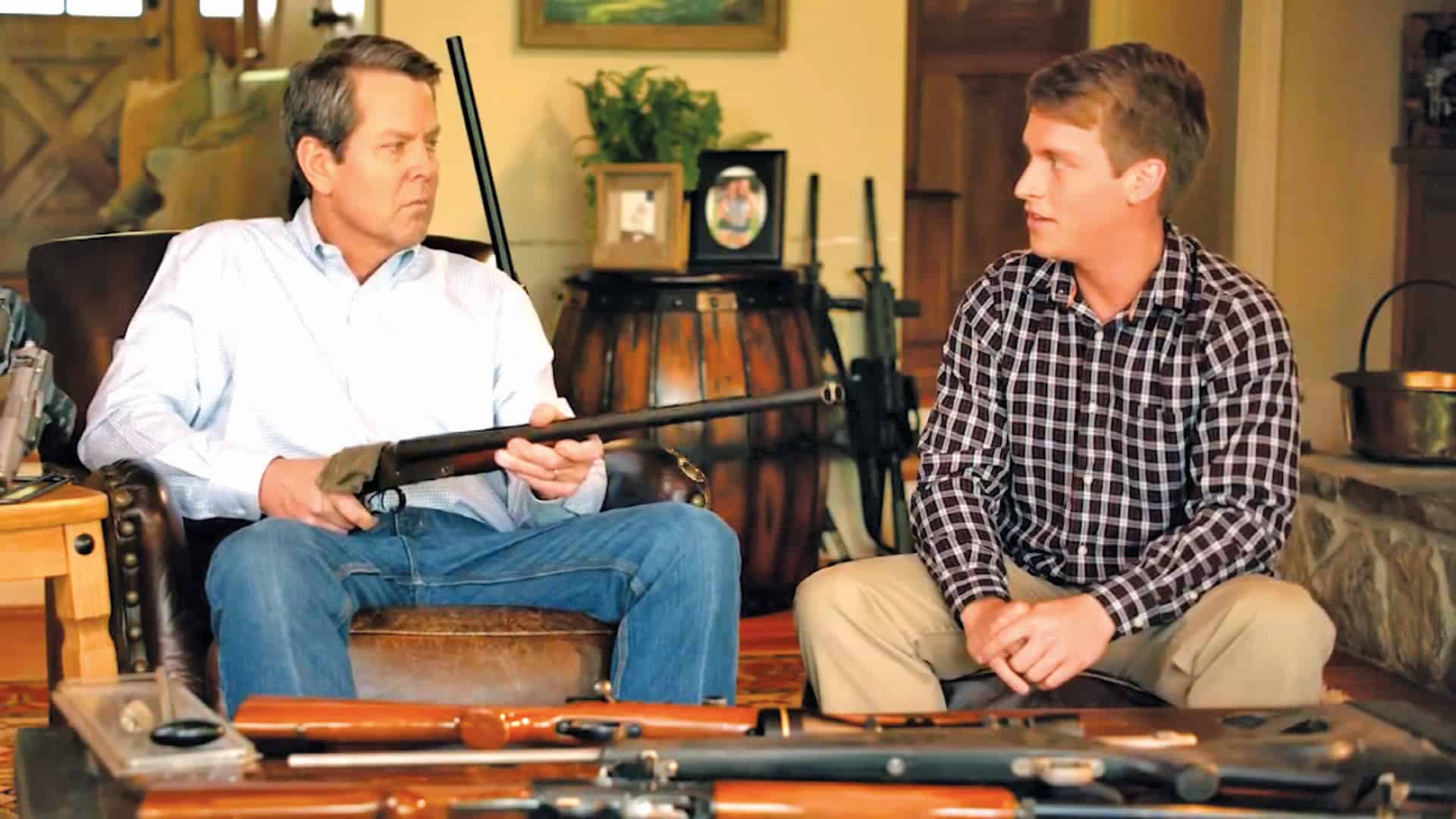 The Family That Enables Together …

Before he was a multi-Oscar winner, Tom Hanks gained Hollywood fame through goofball flicks like “The ’Burbs” and “Joe Versus the Volcano.” In 1984, he starred in the fratboy classic, “Bachelor Party,” which has been stuck in my mind since seeing the most recent TV ad for Republican gubernatorial candidate Brian Kemp.

A romantic couple in the movie is desperate for some alone-time in the hotel overtaken by Hanks’ raucous farewell to singledom. They retreat to their car, unaware that the film’s antagonist has been stripped nude and dropped from a window above. As the lovers lean into each other for a kiss, the antagonist’s bare ass falls into the car’s sunroof, their lips sandwiching his butt cheeks.
Team Kemp re-created that scene when it enlisted the candidate’s wife, Marty Kemp, to try and convince Georgians that the looniness they saw from her husband during the Republican primary — in which he pointed a shotgun at a teenager and toyed around with dynamite and chainsaws — was not simply him hamming it up for the campaign cameras.
“When Brian decided to run for governor, I told him he was too honest for politics,” Mrs. Kemp said. It’s tricky to speculate about conversations between spouses, but not hard to assume she’s lying.
The governor’s race is not Brian Kemp’s first foray into politics: He served four years in the Georgia Senate, ran a losing campaign for state agriculture commissioner in 2006, and was appointed Secretary of State in 2010. I’d challenge Mrs. Kemp to identify a single instance from any of those campaigns or her husband’s decade in elected office where he said anything more provocative than he likes sugar in his grits.
Not one news cycle of this campaign has included (let alone been dominated) by Kemp making some instinctive, off-color remark. The only “shoot-from-the-hip” moment was when Kemp talked about using his pick-up truck to round up illegal immigrants, a comment so rehearsed and feigned that Kemp tried to assure viewers in his goofy drawl, “Yup! I jus’ said dat!”
In truth, Kemp has been an ordinary cut-taxes-and-love-Jesus Republican his entire career, with no habit of making inflammatory, or even impolite, statements. The defining gaffe of his time in public office is not a verbal one, but the bureaucratic faux pas of exposing the private information of 6,000,000 Georgia voters to identity thieves in 2015.
Four years ago, Kemp might have considered Donald Trump an amoral loudmouth, and even after Trump secured the GOP nomination in 2016, the strongest praise Kemp could muster was, “We got the candidate we got.” Now, Kemp’s pathetic imitation of Trump has made him the Republican nominee for governor.
Whenever looking back at the more depraved eras of human history, it’s common to wonder where the sane people were, or how an entire society could sign onto the malignant worldview espoused by strongmen. Kemp’s transformation from a standard-issue conservative into a bad-boy wannabe is a terrifying case study in how an ambitious man is willing to forsake a lifetime of decency (along with the future shame of his daughters and grandchildren) to capitalize on the current pining for degenerate leadership.
Shamelessly, he’s even got his wife on TV in order to help him kiss President Toad’s ass.