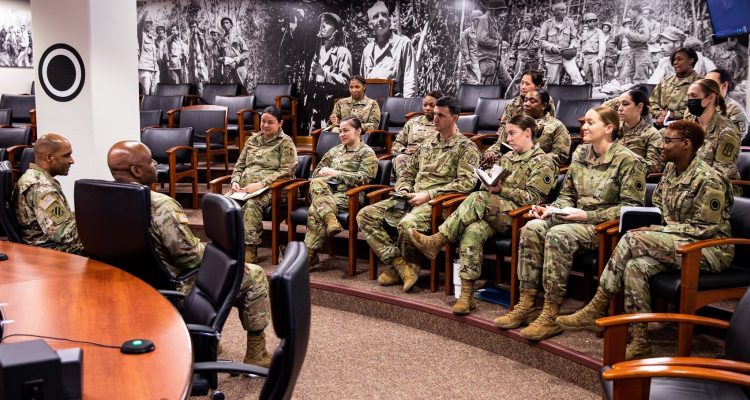 A draft policy is circulating among top officials of the U.S. Army that would allow soldiers to be able to request a transfer if they feel state or local laws discriminate against them based on gender, sex, religion, race or pregnancy.

Steve Beynon writing for Military.com reported last week the guidance, which would update a vague service policy to add specific language on discrimination, is far from final and would need approval from Army Secretary Christine Wormuth. But if enacted, it could be one of the most progressive policies for the Army amid a growing wave of local anti-LGBTQ and restrictive contraception laws in conservative-leaning states, where the Army has a majority of its bases and major commands.

“Some states are becoming untenable to live in; there’s a rise in hate crimes and rise in LGBT discrimination,” Lindsay Church, executive director of Minority Veterans of America, an advocacy group, told Military.com. “In order to serve this country, people need to be able to do their job and know their families are safe. All of these states get billions for bases but barely tolerate a lot of the service members.”

This policy tweak to the existing Army regulations pertaining to compassionate reassignment would clarify the current standard rules, which are oft times fairly vague.

A source in the Army told Beynon the new guidance has not yet been fully worked out through the policy planning process or briefed to senior leaders including the Army secretary or the office of Defense Secretary Lloyd Austin.

“The Army does not comment on leaked, draft documents,” Angel Tomko, a service spokesperson, told Military.com in an emailed statement. “AR 600-100 and 600-200 establish the criteria for which soldiers may request for a compassionate reassignment. The chain of command is responsible for ensuring soldiers and families’ needs are supported and maintain a high quality of life.”

The Crystal City-based RAND Corporation had published a study on sexual orientation, gender identity and health among active duty servicemembers in 2015 that listed approximate six percent of LGBTQ troops are gay or bisexual and one percent are trans or nonbinary.

A senior analyst for RAND told the Washington Blade on background those numbers are likely much lower than in actuality as 2015 was less than four years after the repeal of ‘Don’t Ask, Don’t Tell’ and prior to when the Trump administration enacted the trans servicemember ban in 2017, which has had a chilling effect on open service.

Another factor is that the current 18-24 year old troops colloquially referred to as “Gen Z” are much more inclined to embrace an LGBTQ identity and that would cause the numbers to be higher than reported.

Also factored in is uncertainty in the tweaking of policy in light of the recent leak of the draft U.S. Supreme Court decision that would effectively repeal Roe v. Wade.

According to Military.com it’s unclear whether the Army’s inclusion of pregnancy on the list would protect reproductive care for soldiers if Roe v. Wade is overturned. That language could be intended to protect pregnant service members or their families from employment or other discrimination, but could also be a means for some to argue for transfers based on broader reproductive rights.

One advocacy group pointed out that the current wave of anti-LGBTQ legislation will negatively impact the moral of service members:

“What we’re seeing across the board is a small group of elected officials who are trying to politicize and weaponize LGBTQ identities in despicable ways. They’re not only doing that to our youth, but the collateral damage is hurting our service members,” Jacob Thomas, communications director for Common Defense, a progressive advocacy organization, told Military.com. “[Troops] can’t be forced to live in places where they aren’t seen as fully human.”