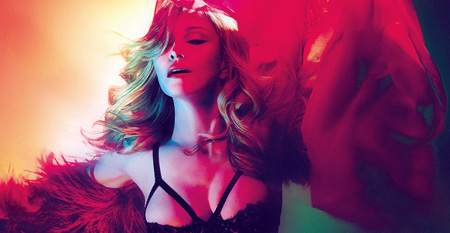 At a time when it seems like any straight diva who can sing even marginally is a “gay icon,” expect LGBT fans to turn out in droves to see the real thing: Madonna plays Philips Arena tonight at 8 p.m.

“Gay icon” used to be reserved for stars with that certain mix of talent, survival instincts, triumphing against the odds, challenging norms, and actual ties to the LGBT community — in addition to Madonna, think Cher, Bette Midler, Barbara Streisand and Janet Jackson.

Now the term has been diluted to include everyone from “Real Housewives” to all of the aging ’80s pop stars and “American Idol” contestants who have found new career opportunities on the stages of Pride festivals around the country.

But Madonna is such an LGBT icon there is actually a Wikipedia entry for it: Seriously, look up “Madonna as a gay icon.”

Madonna was introduced to the gay community while still a teenager. It was her ballet teacher, Christopher Flynn, a gay man, who first told Madonna that she was beautiful and that she had something to offer the world.

He also introduced her to the local gay community of Detroit, Michigan, often taking her to local gay bars and discotheques. Flynn also encouraged Madonna to walk away from her full scholarship to the University of Michigan and move to Manhattan to pursue a career as a professional dancer.

In his 2008 autobiography Hit Man, record producer David Foster relates a meeting with Madonna where he expresses distaste at the sight of two men kissing; Madonna scowled and responded “Two men kissing should be looked at as normal! You represent everything I’m trying to change.”

In June 2010 Madonna released a statement criticizing the decision to jail two men in Malawi because they celebrated their union with a ceremony. Madonna’s statement included the following excerpt: “As a matter of principle, I believe in equal rights for all people, no matter what their gender, race, color, religion, or sexual orientation. This week, Malawi took a giant step backward. The world is filled with pain and suffering; therefore, we must support our basic human right to love and be loved. I call upon the progressive men and women of Malawi—and around the world—to challenge this decision in the name of human dignity and equal rights for all.”

In November 2010, Madonna made a special appearance on The Ellen DeGeneres Show to speak against the bullying of children and teenagers in general, including the bullying of gay teens and related recent suicides.

In her conversation with Ellen, Madonna reiterated how she became close to the gay community when she was a teenager, stating that she felt different in high school and found acceptance and sympathy among gay friends, particularly her dance instructor. She also said “In fact, I wouldn’t have a career if it weren’t for the gay community.”

What is your favorite Madonna song? Are you going to the show tomorrow night?

BONUS: Madonna and PSY do Gangnam Style + Give It To Me at a recent tour stop