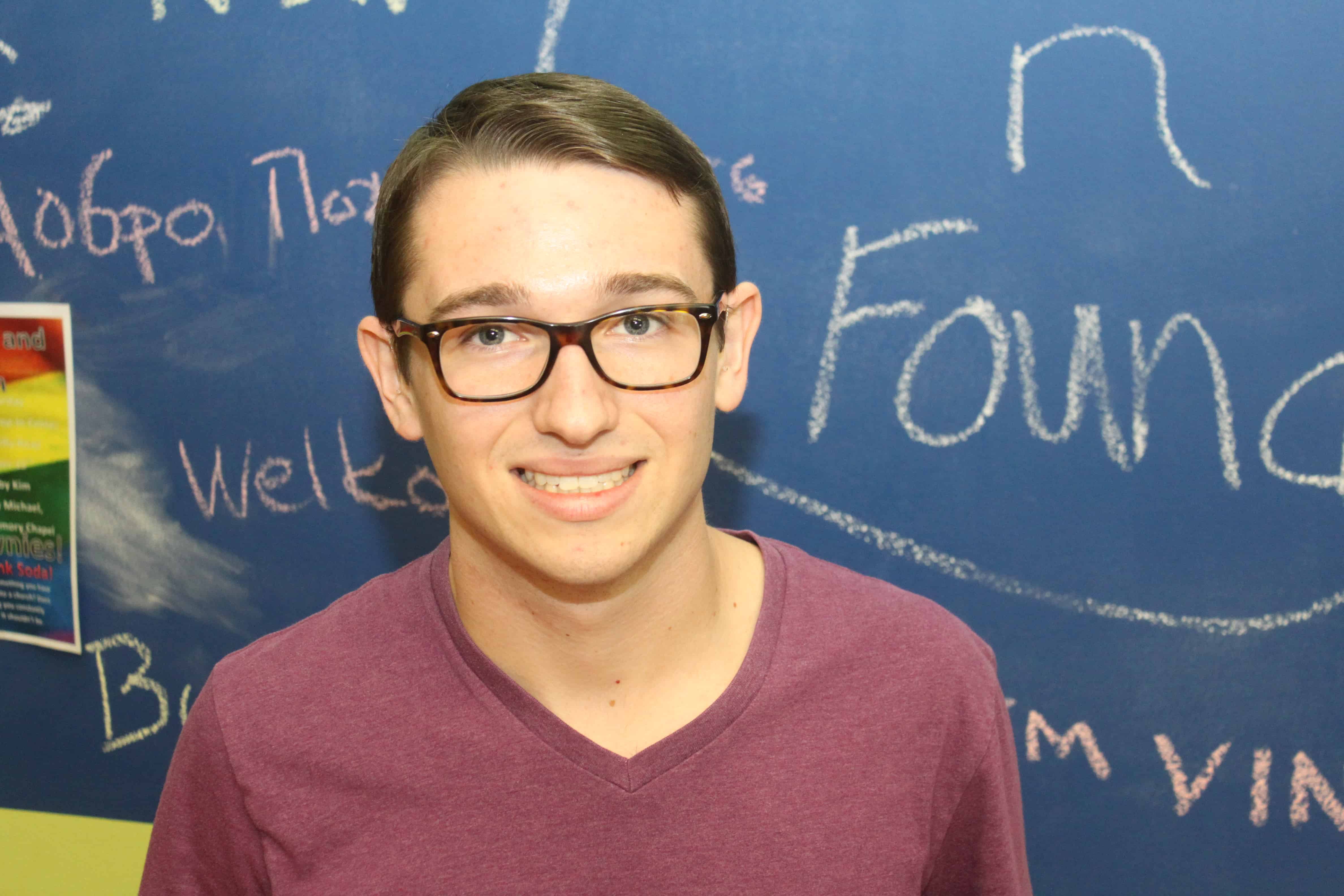 More than 7 million people have watched the video of Daniel Pierce being attacked by family members after they confronted him about being gay. But Pierce, 19, refuses to watch it again.

“I don’t want to see it, I don’t want to hear it. I lived it. I’ve seen it hundreds of times since it happened. That is still too emotional for me to listen,” he says while sitting in the conference room of the Lost-N-Found Youth thrift store in Atlanta.

Pierce, who will be attending Kennesaw State University in January, was recently named to the board of Lost-N-Found Youth, the organization that immediately jumped into action to help him after the video of him being hit and yelled at by his father, stepmother and grandmother.

The 5-minute video of the clash is actually an “intervention” that was planned by his family, Pierce explains. In the video, his stepmother, father and grandmother say it is against God’s will for him to be gay and a physical altercation ensues. Pierce secretly recorded the fight on his cellphone.

The issue was not discussed for a year and Pierce says he got tired of not talking about it, so he brought it up with his father again. “He reacted badly. This was days before the incident.”

On Aug. 26, a Tuesday evening, Pierce said he got a call from his grandmother saying she was coming over to the house where Pierce lived with his older brother. His father and stepmother were also coming and Pierce says he immediately knew something was up.

“I texted my aunt and said to stay close to the phone, they’re about to do an intervention,” Pierce recalls. “I went through everything in my head and stayed calm until I got hit. And I knew they were not going to change their mind.”

Pierce left the house after the violent fight with his family, carrying a toothbrush and two giant black garbage bags filled with clothes. He went to stay with his aunt where he currently lives.

Nothing happened to prompt the so-called intervention, Pierce says. Instead, he says he was “ambushed out of nowhere.”

He still hasn’t spoken to his family since that fateful night in August. He is close with his brother and they have spoken, but his brother tries to remain neutral, “like Switzerland.”

“He’s trying to keep the peace and I can understand that,” Pierce says.

“I always referred to myself as the black sheep of the family and now I joke I’m the rainbow sheep,” Pierce says with a smile. “Now I know why they didn’t like me.”

In the previous year, though, Pierce says he and his father had gotten close. Not having that relationship is hurtful. Watching a movie recently in which a child shares a special event with his father made Pierce sad.

“I have my moments,” he says. “I don’t know if I’ll ever get that again. It’s a shame really. There is no reason we shouldn’t be able to have a relationship. It’s silly and foolish to disown your child forever over something that should not be an issue.”

The story made international headlines and he was bombarded incessantly by calls and requests for interviews of his altercation with his family and the massive donations. At the 30-day mark after the fight, Pierce says he had a “full on mental breakdown” and quit all interviews and denied all future interviews and took a break from public appearances.

Now more than two months later, Pierce says life is beginning to level out. He is thrilled to be a resource on the Lost-N-Found board, especially to youth who need someone they can identify with.

The $90,000 is being used for living expenses, medical care, car insurance, and to pay for school, among other things. Pierce plans to major in business administration at KSU and wants to go into the pet food industry when he graduates.
He currently works at a pet store and spends most of his free time rescuing cats and dogs. His own dog, Rico, is a standard Chihuahua he rescued from the streets three years ago.

For someone who spends so much time rescuing pets, Pierce admits it was difficult for him to allow others rescue him.

“I’m so independent and I had to tell myself to step back and let people help you. Otherwise I would have crashed and burned,” he says.

‘SO MUCH SUPPORT’
Reconciling with his family is not out of the question, Pierce says.

The overwhelming support he’s received from people around the world who send care packages to Lost-N-Found’s thrift store and send letters to his work, helps him get through the difficult times.

“It just breaks your heart that someone you’ve never met and will probably never meet you can have this much love and sup- port for you,” he says. “But you can’t get it from your parents.”

In the meantime, Pierce says he will continue to champion Lost-N-Found and bring awareness to LGBT youth who are kicked out of their homes for simply being who they are.

Forty percent of homeless youth identify as LGBT and most of them are disowned by families for being gay, lesbian, bisexual or transgender, national studies state.

Lost-N-Found is working on a $1 million capital campaign to renovate a house in Midtown so it can open a much larger drop- in center and provide many more beds for homeless youth; the organization currently has a house with six beds located in West End and there is always a waiting list.

Lost-N-Found estimates there are 750 homeless youth in Atlanta on any single night. There is help, though, Pierce says, through his misfortune now available for everyone to see on the internet.

“If my family had seen that happen to someone else, maybe they would have acted in a different way and known this is not the way to approach this,” he says.

• To make a contribution, supporters can donate any amount by texting ‘LOST’ to 50155, by purchasing a brick to help pave the exterior paths around the Juniper house or by making individual contributions  at LNFY.org.