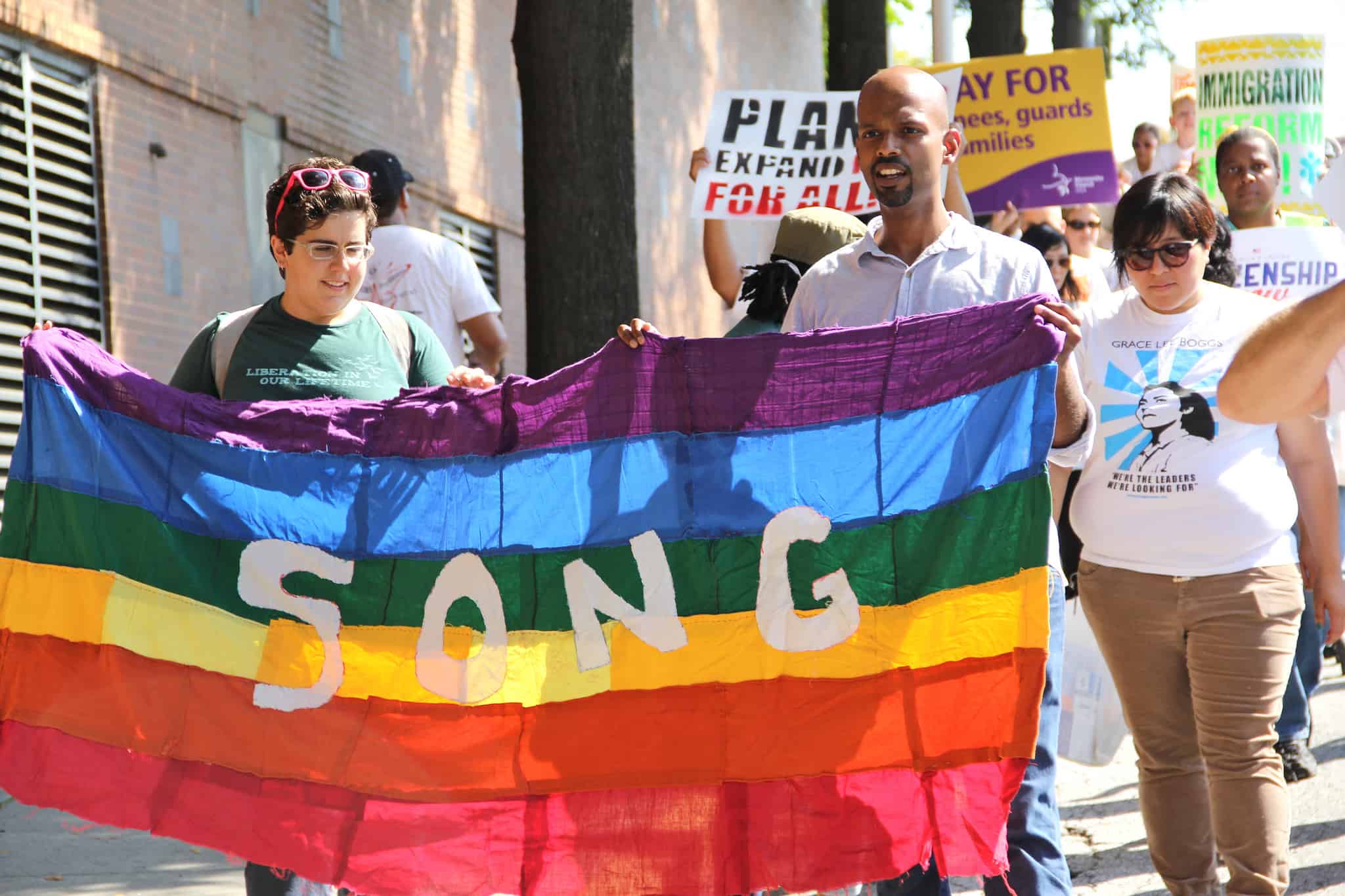 We should not have to choose: religious exemptions, LGBTQ communities, immigration justice

Religious exemptions are not only an excuse for businesses and organizations to discriminate against LGBTQ people. They also raise the question of who can participate equally and openly in public life in this country.

In more concrete terms, they are policy designed to discriminate, but also produce the fear of discrimination. They seek to force LGBTQ to ask ourselves if we will be fired for who we are, or asked to leave a restaurant for not looking straight enough. The harm to us is not only in the concrete wrongs that the exemptions seek to manufacture and condone, but also in the fear of harm they illicit in the LGBTQ community.

So, it is not a surprise that provisions similar to religious exemptions are being carried out in the private realm already, even as the federal fights over their validity and constitutionality have raged (the most recent Hobby Lobby decision as a key example, of course).

This month, Voz Workers’ Rights Education in Portland, Oregon, was turned down for a $75,000 grant from Catholic Campaign for Human Development because they are affiliated with the National Council of La Raza, an organization that has endorsed same-sex marriage. When questioned, the staff at Voz framed this as an issue of values and integrity.

To be honest, even I, as a long-time LGBTQ activist, think it is a pretty hard call for a group with a budget around $300,000 a year that works with day laborers to take a stand when that much money is on the table. It is not a call that they should have to make: choosing between receiving resources for immigrant rights work and worker rights organizing or taking a stand on the side of the LGBTQ community. One more interesting thing? Voz, as an organization, does not even take an official position on same-sex marriage.

What do they do? According to their staff, in addition to simply being affiliated with NCLR, they offer badly needed services to workers, including gay and lesbian workers, and do not discriminate against these workers. They also cite LGBTQ staff and members as a key reason that they were not willing to back down from their affiliation with NCLR.

So, what exactly then, do funders like Catholic Campaign for Human Development choose to exempt themselves from? From funding groups that even affiliate with groups who endorse same sex marriage (a position that is now common and mainstream among social justice organizations), and from funding groups who are treating LGBTQ immigrants and workers as workers deserving of organizing and services.

From a Southern perspective a few things are interesting about this—in a region that sees a great deal of conservative religious funding—we know that Voz was far from the first group to have to choose how to deal with this kind of hard choice. Though they were the first that I know of that made this dilemma so public.

We also know from organizing with immigrants and LGBTQ communities, and with those of us who are both, that policies (public and private) created to make us afraid, can also successfully turn us away from each other—in a pivotal moment in the immigrant rights movement when we should be aligned towards broad and collective victories. Religious exemptions directed explicitly towards LGBTQ people are one of the biggest political questions for the LGBTQ community at the moment, and we need to recognize that punishing allied organizations for harboring, and bravely standing by our community, is part of that same fight.