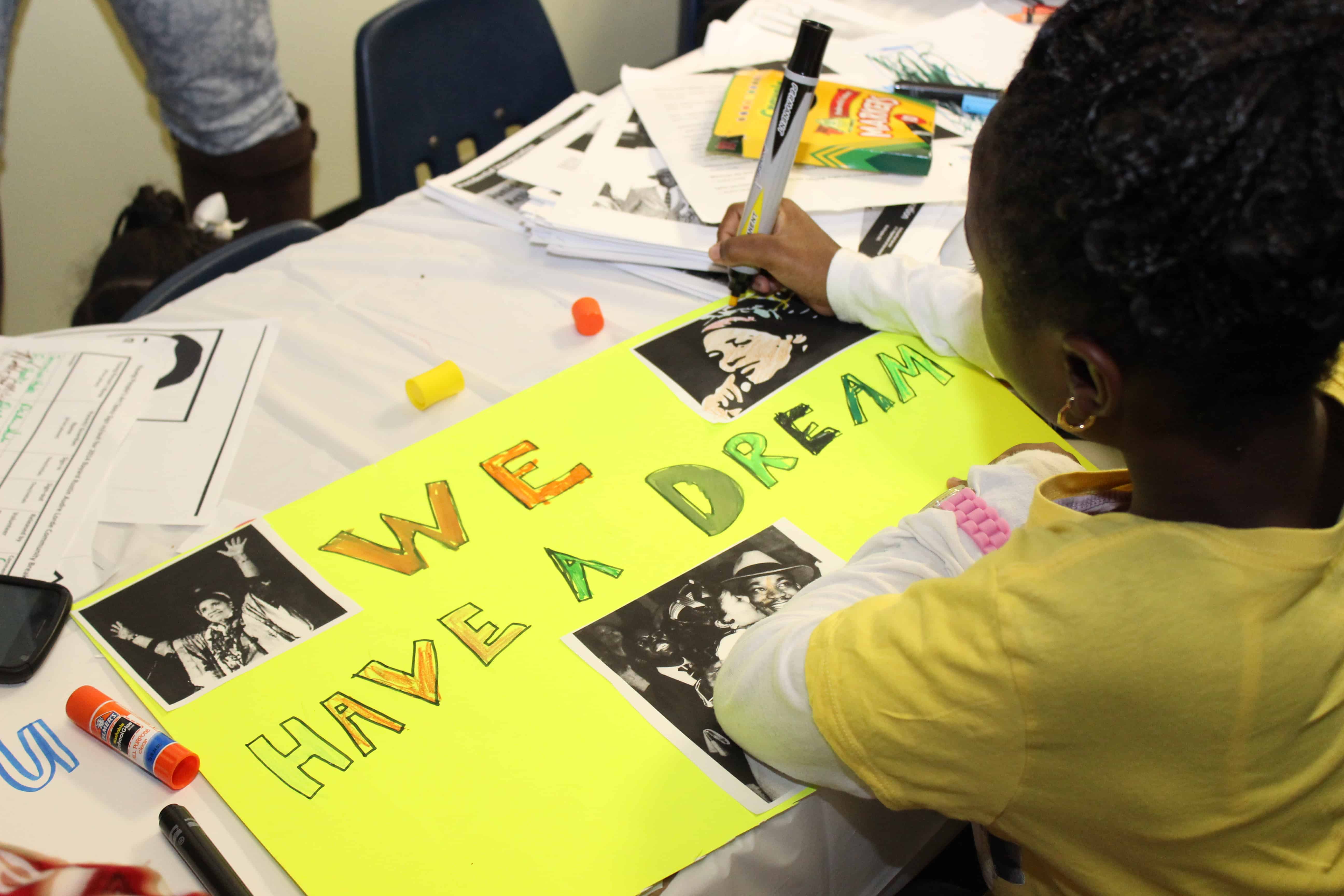 In the summer of 1992 I left Brooklyn, New York,  boarding the “midnight train to Georgia” to begin a new life with my partner, Lenny. We knew less than four residents between us so I went about feverishly searching for Black LGBTQ community.

Through Creative Loafing, which I had come to rely upon as I once had the Village Voice, I saw a Black gay poets’ reading listed at a feminist bookstore whose name I had to practice. That Friday night at Charis Books opened a pivotal portal that set my course in Atlanta.

I met a “young, gifted and Black” poet/singer named Tre Johnson who sang “I Will Stand” more as a deliverance testimony than performance. Our friendship developed quickly and he would soon introduce me to others like him, creative individuals committed to Black queer community building, like Charlene Cothren, Duncan Teague and Tony Daniels.

When Audre Lorde died in November of that year, Tre invited me to a gathering organized by Black queer activists allowing me to share my grief with others who loved her too. I believe in the span between that first night at Charis and the Audre Lorde vigil at Georgia State, I began to accept that I was no longer merely away from home as I had found a new home. I was a 32 year old writer working at a linen service customer hotline possessed more by doubt than direction. But I found a dynamic network of artists and organizers who embraced me and offered me opportunities to contribute my talents and discover my own roles in community.

The early ‘90s Atlanta is distinguished by a lush landscape of Black LGBTQ sites, organizing and culture. There were the legendary clubs The Marquette (aka “the Queezy”), Loretta’s and TRAXX, support/advocacy groups AALGA (African American Lesbian and Gay Alliance), ZAMI and Second Sunday, and early HIV organizations NAESM and Brothers Back2Back.

Key rituals such as “Speakfire,” the multi-gender performance space, kept us connected and modeled power and possibilities for us all and those peering from behind closet doors.

Such heady activity generated contexts through which I could engage Black gay men in Second Sunday and the Deeper Love Project. It also ensured that I would get to see my friends and colleagues several times a month.

Speakers Duncan Teague, SF Makalani-MaHee, Victor Stewart and Ami Matthieson addressed the link between the civil rights movement that Rustin helped build and contemporary Black LGBT organizing. In doing so they set forth a tradition of Southern Black LGBT people highlighting our participation in the continuum of human rights struggles in the U.S.

The Rustin/Lorde Breakfast is a unique continuation of this tradition. Originally named the Bayard Rustin Breakfast, veteran activist Darlene Hudson and I founded the event in 2002 as a warm space for LGBTQ people and our allies to convene before joining the Martin Luther King Jr March. I believe there were no more than 40 attendees at the first Breakfast at 159 Ralph McGill Blvd which housed several AIDS organizations who supported the launch. Having outgrown several locations the Breakfast now draws over 300 attendees.

Over the past 14 years, we have utilized various approaches while some elements remain constant. Shortly after the meal is served, the program begins. Programs have featured panel and fishbowl discussions, viewings of the “Brother Outsider” and “At The Edge of Each Other’s Battle” documentaries, followed by group discussion, spoken word and music performances, and small table discussions.

As a co-organizer I have learned to appreciate the value of the intimacy experienced. I had gotten so involved with discussion content and logistics that fellow organizers had to pull me back and remind me to allow attendees to have time to simply connect. I must admit that some of my most memorable moments are not attached to some revelatory discussion point. In 2009, Holiday Simmons brought a busload of LGBT youth from New York to the Breakfast. I can barely recall the dialogue but I fondly remember how it felt seeing those younger sisters and brothers step off the bus.

The Breakfast is not only a community tool I help provide as an organizer. It also assures me a sense of location and connection as a 54-year old HIV-positive Black gay man who is a member of a special Outsiders tribe.

For those of us who mount the protests, organize AIDS and transgender vigils, build youth coalitions and intergenerational Black gay men’s dialogues, support women of color who face violence, write editorials, present workshops, link individuals to resources, develop the vision, raise funds to realize the vision, create graphics and art enabling us to see the vision, the human cost is much more than the dollar pay.

For those of us whose radical acts consist of walking to that MARTA station, raising a child, choosing between meals and medicine, being a good “judy” to a friend in need, maintaining a marriage, or passing a mirror and deciding to like what we see, the recognition is far less than the achievement.

As sisters and brothers outsiders, we face micro-aggressions from our families, state policies, and the myths we internalize about ourselves. Our wounds are deepened by accounts of “black bodies swaying from the poplar trees” in Ferguson, Staten Island and Sanford at the bloody yet vindicated hands of the state, or by our own young hands  when it does not get better in DeKalb county  or Kings Mill, Ohio.

We must never underestimate our need for healing, which transcends our differences. We invest so much energy in our work and personal tasks allowing little reprieve or restoration. I have come to regard healing not only as a need, but as a deserved reward I earn by living my life.

Several of the Rustin/Lorde organizers swallowed bitter lessons this year about healing and the significance of making time for those we care about. In meetings we brought up personal and community hardships, realizing that 2014 was a hard year for many. This year the Breakfast will highlight healing as a strategy as well as a human right. We invite you to join us and talk about your replenishment.

I take sustenance from the onstage dialogue as well as the laughter issuing from those who have not seen each other since the last Breakfast, or an elder’s smile or a child’s wise words. The nourishment this Breakfast provides is not limited to the plate.

Free, but donations are suggested