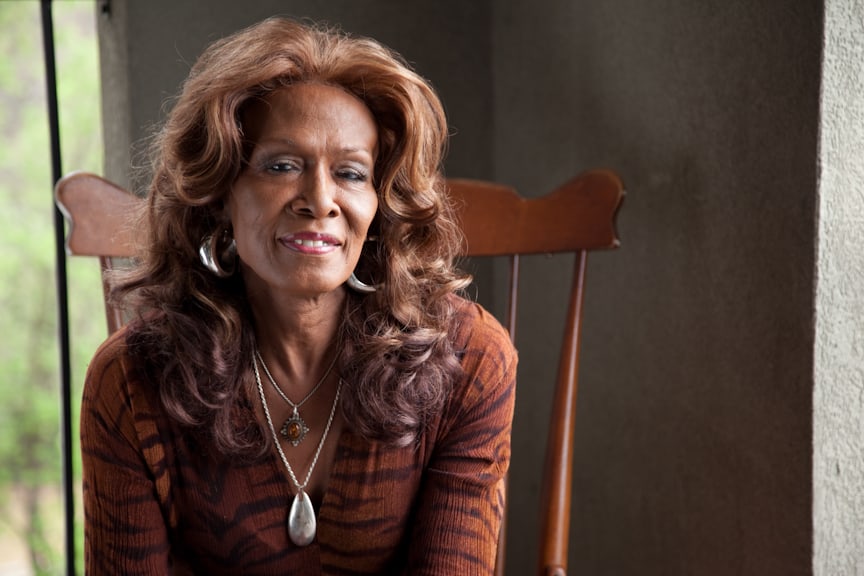 When asked my take on the juxtaposition of being an African-American transgender woman, Black Pride Weekend and living in Atlanta, my mind has a tendency to bounce all over like a ball in a pinball machine, considering all the aspects and possibilities of what I could say. Here I’ll try to organize them into a cohesive, chronological order that will make sense.

When I think of Pride, and not necessarily the Black one, I can’t help but look back to the Stonewall Rebellion, and I’m proud of the trans women of color, like Sylvia Rivera and Miss Major, who were instrumental in that action, and I’m proud to think we were a part of that catalytic event for change. Even so, it pains me to think of how our transgender voice and visibility in the intervening years faded into the background and very nearly disappeared.

But with the ascendance of Gay Prides nationwide, the transgender community as a whole, even though basically relegated to the entertainment segment of the community by and large, tagged along in what has been generally considered a “GAY rights” movement—let’s be real here—and carved out a more open place for ourselves in the community at large.

It has largely not been much different here in Atlanta. As a transgender community, we can be proud that there have been a good many of us who have gone past the bitch and moan state with regard to our living situations and the overall disenfranchisement we’ve been experiencing.

Here in Atlanta, while acceptance has been slow, it has happened and while we have a great many who are still locked out of the job market, you may find some in the service industry, health services, and entrepreneurial endeavors. Of course, we must not forget that we still provide much of the entertainment in Atlanta’s gay clubs.

As with Atlanta Pride in October, the Black Pride weekend is not so much political as it is a party, although it can be argued that just the fact that we can hold it makes a political statement. The marketing and focus is on how much the events can attract men for men. Let’s be real here, again—even our lesbian sisters get less attention.
The marketing is all about “cut” and “buff” fellas, and that’s the spirit that permeates the weekend. If organizers and promoters follow the usual agenda, I rather doubt there will be any mention of Laverne Cox, Janet Mock, Islan Nettles, or CeCe McDonald.

As a transgender woman living in Atlanta I have somewhat enjoyed a couple of Black Pride weekends. But I find that we as trans people, except for those of us who are acquainted with many gay and lesbian individuals in Atlanta, are basically just rare, bright jewels in the sea of gay revelers.

Here in Atlanta, when it comes to Pride, the transgender community gets the most attention during Atlanta Pride’s Stonewall Week, and we are proud to have initiated those events to draw remembrance to that august event that started the push for progress. The Transgender March through the Atlanta Pride festival in Piedmont Park in October draws attention to our presence at Pride.

With the Black Pride weekend, the spotlight shines for those trans folks who participate in the ball scene. The categories include, to my understanding, “realness,” whether “femme” for trans women or “masculine” for the trans men.

All in all we can enjoy a Black Pride weekend here in Atlanta, if we’re not too concerned about having trans progress represented. But then there’s not a great deal of any politicization of any sort, any way. The trans community can be proud of the strides we’ve made without the validation of the rank and file hugging our Pride to ourselves, and just party on.

Cheryl Courtney-Evans is the executive Director of Transgender Individuals Living Their Truth (TILTT, Inc.), a transgender support and advocacy organization in Atlanta. She’s a transgender political activist and the author of the www.abitchforjustice.com blog.