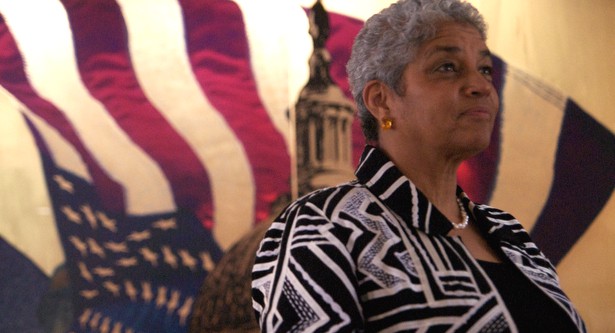 Letter to the editor: Why President Obama and Georgia needs the LBGTQ community in November

In a tongue-in-cheek, but pointed article, Newsweek Magazine nicknamed President Obama as “the first gay President.” This was an editorial comment on President Obama’s firm support of same-sex marriage, employment non-discrimination, HIV/AIDS and his Departments of Justice and Defense efforts to grant LBGTQ citizens, servicemen and servicewoman “full citizenship” in their interactions with the federal government.

Many are not aware President Obama is also the first President to invite transgender children to the annual White House Easter Egg Roll. The invitation simply did not cause a “flap” in the press – it was a non-issue because it is a well-known fact the President practices the “politics of inclusion.”

Here in Georgia, the campaign for equality has yet to be realized for minority communities. This includes Hispanics, Asians, Africa Americans and the LBGTQ community. Georgia ranks dead last with the highest unemployment rate in the nation with some 380,000-plus Georgians out of work. The majority of Georgia’s unemployed are minorities.

In the education arena, we rank 35th in per student spending. We have cut teachers’ pay and have 6,500 fewer teachers in Georgia’s classrooms. We have refused to expand Medicaid to grant healthcare to the working poor which has had an adverse impact on Grady Memorial Hospital as well as our rural health system – resulting in hospital closings in rural communities.

To drive the point home even further, Secretary of State Brian Kemp is stonewalling efforts to register some 600,000 plus minority voters. He is holding up approximately 51,000 registration applications under the pretense of “voter fraud.” The Republican effort to suppress minority voting and the Democratic vote in Georgia has never been stronger since literacy tests to vote were struck down by the U.S. Supreme Court.

Passing voter ID requirement laws was just the being of the Republican effort at voter suppression. As for the LBGTQ community, in Georgia LBGTQ citizens cannot marry, cannot file joint state taxes, are not protected in the either the public or private workplace against employment discrimination and generally do not feel “safe” outside the confines of a major urban area. Here in Georgia, there is much work to be done before we realize President Obama’s vision of an “Equal America”.

If President Obama is going to continue his efforts to level the playing field when it comes to minority participation, the Democrats need to maintain control of the U.S. Senate. A vote for Michelle Nunn, who is endorsed by the Human Rights Campaign, a national LBGTQ lobby, is a vote to maintain Democratic control of the U.S. Senate. Control of the House and the Senate means everything to a President; it is the difference between success and failure of his agenda.

For example, the Democratic-controlled Senate passed the Employment Non-Discrimination Act in as a bipartisan measure. However, House Speaker John Boehner (R-OH) announced immediately after the Senate vote ENDA was “dead on arrival” in the Republican-controlled U.S. House of Representatives. It is no secret the Republicans have tried consistently to derail the President’s agenda which includes workplace non-discrimination laws at the federal level.

In November, we need to send a strong message Georgia isn’t the presumptive “Red State” the Republicans thought it was … your vote can make a difference in all the state-wide contests from the U.S. Senate, the Governorship and right down to the State School Superintendent’s race.

In Georgia, if we want to improve and reform our educational system, if we want to expand Medicaid and strengthen our health care system, if we want to fairly register all voters, if we are tired of being dead last in health care, education and employment, if we want to pass State Rep. Karla Drenner’s Fair Employment Practices Act in the Georgia General Assembly to protect LBGTQ state employees, and if we simply want a better quality of life for our husbands, our wives, our friends and our families, we need Jason Carter as governor.

It will take strong leadership to change the direction of this state. The issues of education, employment, the economy, and access to affordable health care affects all Georgians. President Obama needs a governor who will work with him. The President does not need a governor who jousts at windmills and accuses the President’s administration of “manipulating” Georgia’s unemployment rate to change the outcome of an election.

Democrat Shirley Franklin was the first woman elected mayor of Atlanta, serving from 2002 through 2012.