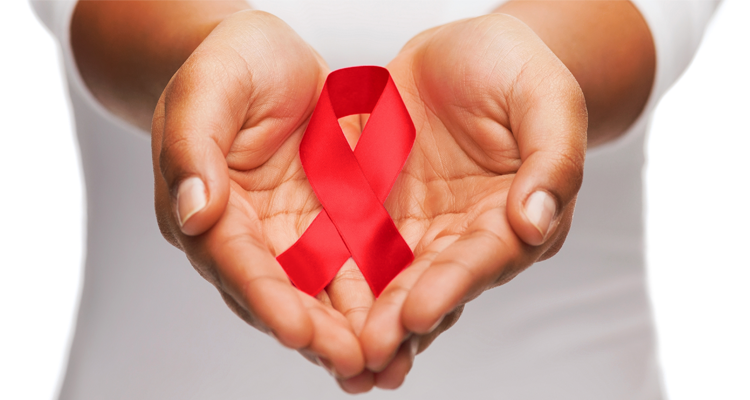 On Labor Day weekend, thousands of Black LGBTQ people travel to Atlanta to participate in Black Gay Pride in what has essentially become a Black LGBTQ national holiday. For many of us, this singular event serves as a kind of homecoming celebration full of possibility, solidarity, intimacy, and joy. In the midst of the myriad challenges we all face in the current moment — a global pandemic, a nationwide reckoning on racial justice, and assaults on the fabric of our democracy — spaces where we can rejuvenate and connect are vital. But there’s another crisis at work here which Black Gay Pride can either exacerbate or help solve, and that’s the crisis of HIV/AIDS. As an opportunity for community building in the face of marginalization, Black Gay Pride can play a critical role in helping to end the HIV epidemic by tackling HIV stigma.

This year’s Black Gay Pride takes place against the backdrop of the 40th year of the HIV/AIDS epidemic which continues to ravage Black communities. In 2018, Black people accounted for 34% of the total population but comprised 70% of the people living with HIV in Metro Atlanta. Since the Centers for Disease Control and Prevention (CDC) published the first official case reports of HIV/AIDS in 1981, we have increased the number of highly effective biomedical tools we have at our disposal to prevent HIV acquisition as well as to prolong and extend the quality of life of those living with HIV. But the stigma which helps prevent so many others from accessing HIV prevention services and HIV care is rampant. In so many ways stigma remains the most stubborn part of the HIV/AIDS crisis. As the recent homophobic, misogynistic, and HIV-phobic public comments by rapper DaBaby made painfully clear, HIV stigma still abounds. HIV stigma reduces the willingness to get tested for HIV or take preexposure prophylaxis (PrEP) among people who do not have HIV, and it reduces engagement in medical care among people living with HIV. In other words, HIV stigma undermines
the overall health and well-being of the
entire community.

Moreover, we have not done nearly enough to address the underlying structural conditions, including racism, homophobia, poverty, and poor access to healthcare that give rise to HIV vulnerability in the first place. These conditions are why a disproportionate number of Black people, especially Black gay and bisexual men and Black women (trans and cis), receiving HIV diagnoses.

We cannot hope to end the HIV epidemic without both community cooperation and robust responses from the institutions that have been created to address HIV. At Positive Impact Health Centers, we are redoubling our efforts to ensure equitable access to high-quality HIV care and prevention strategies, especially for communities disproportionately affected by HIV. We recently started a gender-affirming care program specifically addressing the holistic health needs of the transgender community. We’ve extended our hours of operation and expanded telehealth services to provide flexibility for people to obtain the care they need. We offer HIV-self testing kits to give people control over when and where they learn their HIV status. And we will soon add a dental clinic to the services we offer. Additionally, through our Campaign to End AIDS, we were part of a collective that developed a roadmap to end the HIV epidemic in Metro Atlanta, a plan that will require continual community involvement to strengthen and execute. We are excited to support the health and well-being of our community through participating in this year’s Atlanta Black Pride celebration.

Black Pride is important because it serves as a reminder that all Black Lives Matter, a fact which must be continually affirmed in an era in which we regularly witness assaults on the very humanity and dignity of Black LGBTQ people. Black Pride is rooted the belief that despite the challenges we collectively face, we have the power to be agents for change and to create a more just world for us all. The work that numerous Black LGBTQ-led organizations here in Atlanta like ThriveSS, CNP, Southern Fried Queer Pride, He Is Valuable, and Solutions Not Punishment Coalition (among others) are doing to address HIV stigma and the underlying conditions which heighten vulnerability to HIV among Black LGBTQ people is evidence of this power. Black Pride can be a portal between the world as it exists now and the world that we wish to create in the future. The writer James Baldwin once said that “the place in which I’ll fit will not exist until I make it.” At its best, Black Pride is all about expanding the boundaries of Blackness and queerness to make a place for everyone to belong and to call home.

Justin C. Smith is a public health advocate and researcher conducing work at the intersections of race, sexuality, and popular culture. He is the Director of the Campaign to End AIDS at Positive Impact Health Centers.