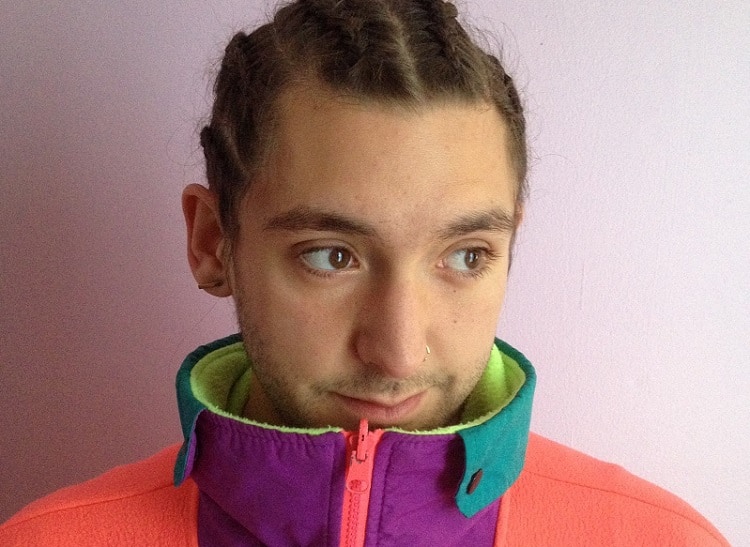 Erik Thurmond has traveled all over the world, from New York to Tel Aviv to China, in his 26 years. And he’s crossed the globe for one reason—to dance. But in all his travels, he’s found that the most organic, most collaborative dance scene he’s been a part of is right here in his hometown of Atlanta.

When not working full-time for CORE Performance Company, you’ll find him freelancing on a variety of projects throughout the city, exploring the craft and finding new ways to express himself.

“The way that I look at dance is that it’s really a time for me to kind of play make-believe and create a world with its own rules and explore in that and play in that,” he says.

But before all the numerous projects and the world travel, there was a little boy making up dances to Spice Girls videos and playing dress-up in his backyard in Gwinnett County. His mom eventually found a hip-hop class for him to take, his first official dance class.

From there, he piled on more lessons, taking any dance classes he could get his hands on—ballet, jazz, tap, you name it. Soon enough, he went away to a fine arts school in Birmingham, Alabama for his junior and senior year in high school.

“It was one of the most transformative experiences for me that really set me on the trajectory that I’m on still,” he says. “The school, despite being in Alabama, was a very forward-thinking place. For instance, the day that I got there I came out of the closet just because it was so queer that it was a really safe and open place for me to be.”

The experience gave him the confidence he needed to go to the next level, to study musical theater at the American Musical and Dramatic Academy in New York City. However, the experience left him feeling stifled and unsatisfied creatively.

“There was not a lot of room for self-expression that I could find. It wasn’t about creation, it was more about how to get a role and play a part,” he says.

After AMDA it was on to The Ailey School, the school founded be renowned dancer Alvin Ailey, where he got to select his own classes and filled his days with numerous forms of dance, like ballet, modern, improvisational, African and more. But he still hadn’t found his place yet.

“Ailey was an amazing place for technique but they weren’t really pushing any boundaries as far as progressive performance,” he says.

After a year-and-a-half at Ailey, he wanted to get work experience so he worked at a fashion company, then managed a bakery before getting a wake-up call courtesy of his mother.

“She was like, ‘Okay it’s cool that you can pay your own rent in the East Village, but what are you doing? You’re not dancing, you’re not doing any of these things that you love while you’re up there.’ It was really that conversation that pulled me back to dance again,” Thurmond says.

‘I wouldn’t want to be anywhere else right now’

He started taking classes at a local studio, where he learned a dance technique called gaga, and that was the key to opening up the world to him.

He went to a summer program with a dance company in Israel, then on to China and bounced around Europe before a nine-month stay back in Tel Aviv to study the technique more intensely. That stay included a stint as a go-go boy.

“It wasn’t even like go-go boy in the sexy sense but they would dress me in these crazy things and put me on some speaker or platform and I would dance and they would pass me drinks,” he says, laughing. “It was a different kind of dance training.”

Three years ago, with his visa and money running out, Thurmond returned to Gwinnett to live in his parents’ house and figure out his next move. He quickly got swept up by the Atlanta dance community.

“There’s some really cool things happening here for dance, and what’s specifically valuable for me is that if it’s not happening, I can make it happen. I can find a space and an audience to engage with,” he says. “I think people in Atlanta are excited about performances in strange places and are willing to be there for that, so that’s really how I’ve been able to do what I do.”

Last year he was named a Dashboard Co-Op Artist, and he’s currently on tour in France with CORE, after which he’ll travel around Europe with his boyfriend before making his way home to Atlanta sometime in June.

“I wouldn’t want to be anywhere else right now. I’m excited to go traveling right now and seeing things but I hope the next step is taking these things I’ve found here and made here elsewhere and sharing them elsewhere. But as far as a place to be making things, I’m in a really good spot right now in Atlanta,” he says.