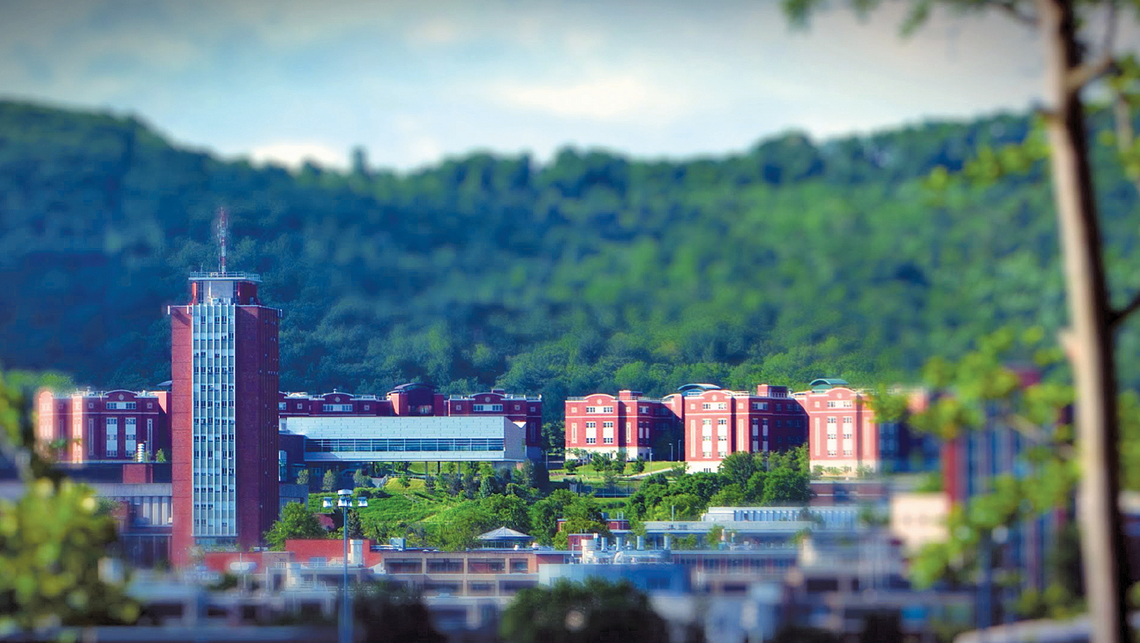 Aidan Edwards
Community
October 25, 2018
Binghamton, New York is the centralized city of Broome County. The area consists of neighboring towns Vestal, Endicott, Maine-Endwell, and the village, Johnson City. The weather in my hometown, Binghamton, is like the outdoor set of Hallmark holiday movie except there’s a negative wind chill and there are black people. It’s the carousel capital, something I have permanently inked on my forearm. Binghamton bares the resemblance of “The Twilight Zone,” which makes sense as it’s Rod Serling’s hometown. An iconic photo of his face is plastered on each side of our local Greyhound buses. Depending on the time of the year, it can be difficult to make out his face beneath the thick layer of grey salt.
It’s plain to see where Serling developed his inspiration when you experience the location in person, but there aren’t enough words in the English language to truly describe it. It has had quite a rough go in its time: an economic crash, a chemical spill, a crippling flood, wiping out an entire nearby town, and a tragic mass shooting.
The foggy valley can be overlooked on one of the many hills. It’s peaceful and serene like a bubble bath with cinnamon candles lit, and Bonnie Raitt singin’ “I Can’t Make You Love Me.” Upstate New York is overshadowed by New York City, a 2.5-hour drive away southeast. The difference between city New Yorkers versus Upstate New Yorkers is that city New Yorkers will let you know they’re one of the eight million residents. Wow. Neat.
Patience has been its virtue, and with a helping hand from the University of Binghamton, a head honcho in the SUNY (State University of New York) system, prosperity has arrived. But without the cities setbacks in the past, it would be charmless, stiff, hiding beneath the façade of the university. Despite a creative hub and the food, New York City has nothing on us.
FOOD
Speidies
We are the inventors of Chicken Spiedies. Like most famous recipes, there are fighting words over who invented it and which place makes the better one. The top contenders are Spiedie and Rib-Pit, Lupos, and Sharkey’s. The internet recipes floating around don’t get it right. We love spiedies so much that we have a massive festival every August so we can fly hot air balloons and watch Uncle Todd get hammered while headbanging to Smash Mouth.
Wings
Old Union Hotel won the 2017 first place trophy for National Buffalo Wings, so yes, they are pretty pretty pretty good. The Relief Pitcher has been my go-to since I was a kid. There is nothing like their hot garlic wings on a brisk winter Sunday to eat while you watch the Jets lose again.
Pizza
Tony’s, Nirchi’s, Consol’s, Rosa’s, New York Chef’s, and Cortese are my jams.
MUSIC
I was fortunate enough to have my late guitar teacher, Mac McGee. He was a phenomenal blues guitarist, gentle, kind, and patient. He always made an appearance at the yearly Blues On The Bridge held downtown, and allowed me to jam with him live at The Blind Tiger in Endwell. Mr. McGee’s teachings made me dig further into live performances, and carry on as a musician.
This journey eventually led me into the alluring chaos of the hardcore scene. It was put on a brief halt before I moved to Atlanta, but it warms my heart to say that the Hardcore community is back thanks to the homie Colin Mraz and friends. These fellas are bringing in the heavyweight names to put on shows for nothing more than the love of music. This community has a special place in my heart. Every time I see a new flyer I become nostalgic, and want to hug some of these strangers who are behind the scenes.
SPORTS
Binghamton Rumble Ponies
(Formerly Binghamton Mets)
I grew up watching the B-Mets losing. Then I would watch the New York Mets lose. But now they’re the Rumble Ponies, so they’ll hopefully win more in the regular season before losing in the playoffs. They have a Thirsty Thursday to make it easier to watch.