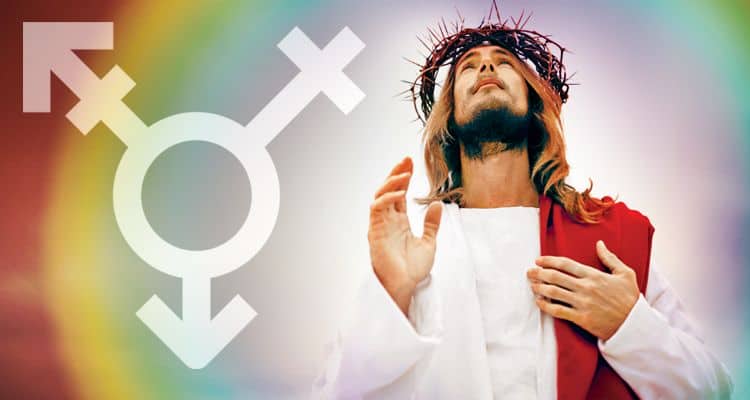 It’s no secret that growing up in an anti-LGBT religious household or community can have negative effects. Rev. Kim Sorrells, an Atlanta minister in the United Church of Christ who identifies as transgender and genderqueer, knows this all too well: but Sorrells also believes the Bible is filled with instances of LGBT acceptance and celebration, if one only knows where to look.

“I think there are queer images of the divine in scripture. There are characters in stories that people have read as possibly queer, or certainly having queer themes,” said Sorrells, who uses they/them/their pronouns. “Most of us who come from Christianity or Western tradition have this very patriarchal view of God, who’s this sort of old dude in the sky. Sadly, it’s not the full picture of the divine.”

The Bible book Deuteronomy speaks of God birthing the nation of Israel. Genesis, the first book of the Bible that talks about creation, offers that God created man and woman in His own image.

“If God created male or female, masculine and feminine people, in God’s image, then that inherently means God encompasses both male and female and everything in between,” Sorrells said. “What you see is this genderqueer God. … For me, I find that to be a very affirming thing, to be able to say that we as trans people just represent a different aspect of the divine than cis-gender people.”

Even the stories of Jesus, who Christians believe to be the son of God, has queer themes to it.

“He very much challenged the status quo,” Sorrells said. “Because he lived his truth in a very unapologetic way, he was killed for it. That kind of awareness of the divine, that maybe it knows what it’s like to be cast out for who they are and standing up for what they believe in, is a very positive image of the divine for me.”

The book of Ruth also has potentially queer themes. After her husband dies, Ruth chooses to live with her mother-in-law rather than take another husband. The two form an intentional family, much like many in the LGBT community do, Sorrells said. And in Joseph of “the coat of many colors” fame, the Biblical translation of that coat is essentially a princess dress.

“This gender-fluid person — by that read — is rejected by his siblings and sold into slavery, but he kind of rises to power because of his gifts in dream interpretation,” Sorells said.

“I’ve always been a very mystical person and have always longed for something deeper. My desire and call for ministry was really around as I did start to find affirming faith experiences,” Sorrells said. “For me, spirituality or religion is about finding a way to live fully alive. It’s really not to me about what happens after we die, it’s really more about this life and finding ways to be centered, to find ways to encounter something bigger than ourselves.”

Sorrells grew up with a conservative religious background, and underwent a “dramatic conversion experience” in middle school.

“Because of the way that it happened and the speaker and what they were talking about, I thought this was God telling me I needed to be straight,” Sorrells said. “My sort of coming into spirituality and religion was me entering this ex-gay world.”

Sorrells did that through high school and college, and then realized that maybe they misunderstood the message. In college, they started to study religion, and began to see that some Christians were reading the Bible without taking into account the historical context of the day.

“These passages were written to specific people in a specific context, and to throw a modern-day interpretation of sexuality and gender into them … it just doesn’t compute,” Sorrells said. “That was how I came to reconcile my identity with my faith practice. I think it was around that time that I started to feel a sense of a call to ministry.”

The “clobber passages” — those that are typically used to preach against LGBT individuals and homosexuality — aren’t really a top priority for Sorrells anymore.

“There’s really two stages, I think, in looking at these scriptures. One is apologetics, to be able to say, ‘No, these aren’t in fact condemning queer people.’ Kind of coming to the point of neutrality to be able to say, ‘Gay is OK,’” they said. “What I think is important is to go beyond the clobber passages and look at the ways queer and trans people are able to find affirmation in Christianity, or whatever their faith is.”

Sorrells said a number of religious and secular organizations alike have resources to help LGBT individuals find ways they are celebrated in religious texts.

“There are many faith communities that will celebrate all that queer and trans people are,” Sorrels said. “I see a lot of that in scriptures and I find that to be a lot more fun than looking back at these handful of passages and re-looking at them over and over again.”