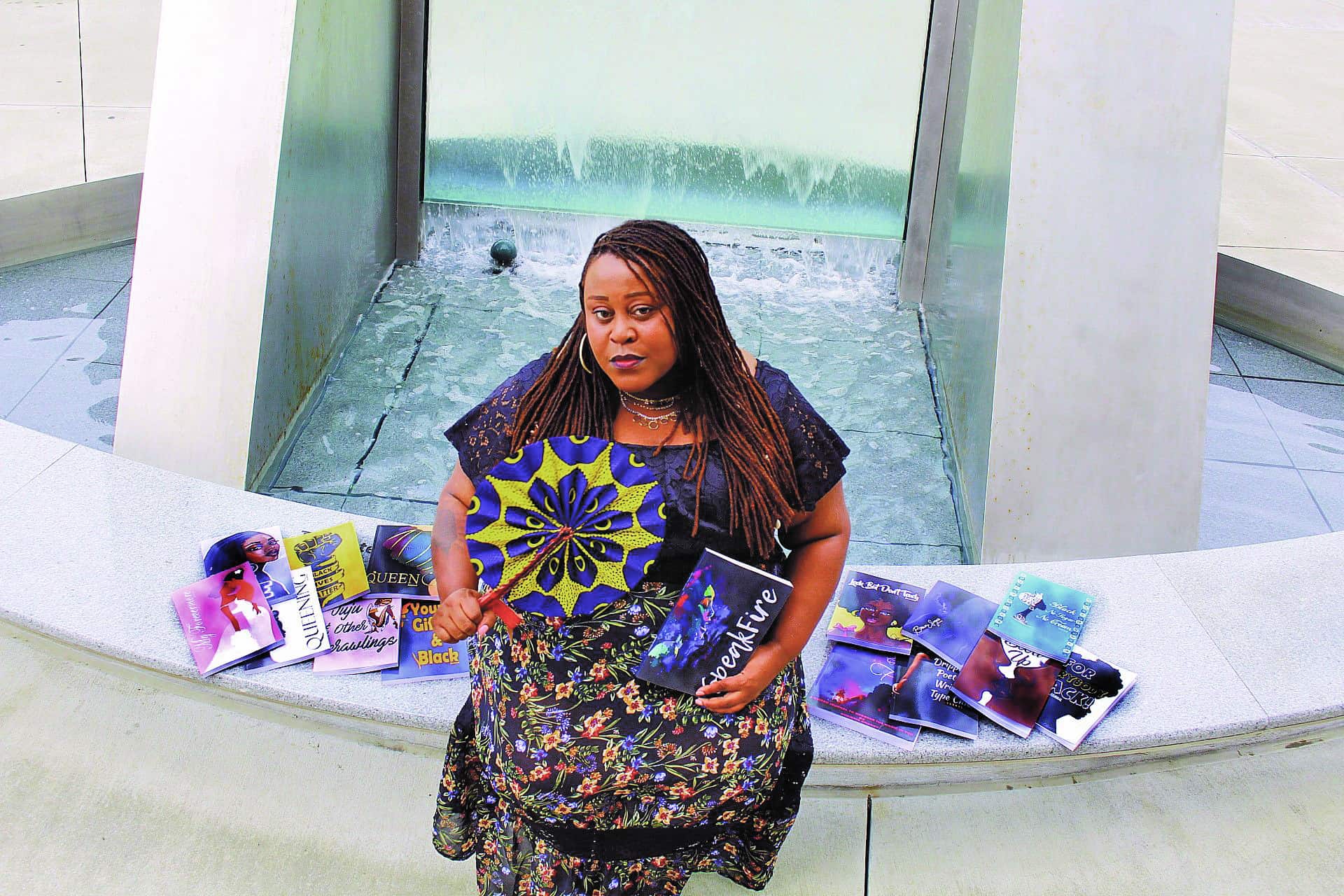 Hailing from New Jersey, there’s nothing that can stop Nykieria Chaney from achieving her dreams. She’s won awards, created inspirational works of art, and impacted the very audiences she’s drawn in with her talent. Chaney’s got not one or two, but almost half a dozen titles that categorizes her skill set; Author, poet, playwright, director, producer, actor, videographer, and all-around badass female powerhouse (the last one we added in, and it fits!) Chaney, as seen on the cover of this issue of the Georgia Voice, represents her greek sorority, and brings her experience and talent to this years In The Life Atlanta Black Pride festival. We caught up with her before she kicks off a whirlwind weekend celebrating diversity and education within the LGBTQ black community!

Where were you born and raised? And where did you go to college?

“I’m a city girl with a country heart. I was born in Newark, NJ, aka Brick City. The birthplace of Whitney, Shaq, Queen Latifah, Redman, and the beautiful MJ Rodriguez amongst many others. I was in first or second grade when our teacher announced we had a special visitor for the day. In walked none other than Amiri Baraka. This black man weaved together words into sentences with cadences that made him appear larger than life. I knew nothing of poetry or politics then but he left a lasting impression on my malleable mind.”

“Oh my goodness. I came out first to my aunt over the phone while hiding under the covers in my dorm. It was my freshman year of college and I was hiding under the covers hoping my conversation wouldn’t be overheard by anyone. She called my grandmother and before I knew it, the news spread through the family like the dry grass I set on fire when I was younger J The reaction was not positive. I was raised in a Christian household with very strong views against homosexuality. I was given an ultimatum. As a result, my family and I stopped speaking for a while. Eventually, everything worked out and my family is accepting of who I am today.

The thing is…My grandmother raised me to be strong and not back down in the face of any type of oppression. In that instance, that included her. I stood in the truth of who I was and whom I knew I loved.”

It seems being a poet allows you to release as much of your personality and thoughts from inside. Why do you think poetry has been such a success for you?

“I discovered Maya Angelou’s “Phenomenal Woman” poem after reading “I Know Why The Caged Bird Sings” when I was ten years old. The poem, like the book, moved me. Each year we’d have a talent show at our family reunion. I practiced the poem over and over until I had it memorized. I was so excited to showcase it to my family. There I went that evening, “Pretty women wonder where my secret lies…” I sashayed throughout the ballroom. When I was done my grandmother pulled me to the side and told me I was not old enough to move and talk like that. I can laugh now but it was such a buzzkill.

My early influences were Maya Angelou, Nikki Giovanni, Gwendolyn Brooks. I discovered Toni Morrison in high school and spent an entire summer reading all of her books. Soon after I came across Zora Neale Hurston and my world was FOREVER changed. Zora spoke a language I could relate to. She painted pictures of things with words I could physically see.”

You’ve also traveled across the country and southeast attending different poetry slams, even here in Atlanta, Georgia. Why is the ATL so special when it comes to poetry and writing?

“I began attending poetry shows in Atlanta in 1999. C.C. Carter, Red Summer, and Tai Freedom Ford were the first performers that I saw. Talk about a dynamic lineup. These bold and daring women proudly talked about their love for other women while hypnotizing the audience with their lyrics. I was hooked! I stumbled into performing at poetry slams and stopped counting after twenty or so wins. I am not nor did I ever aspire to be a slam poet. That works for some people but for me, poetry is a release.”

There’s a double whammy in the South when someone is black and gay, and for women, a triple whammy because of their gender, race, and sexual orientation. How do you overcome discrimination as an author, playwright, Director, etc?

“That’s a loaded question. As a woman of color, I’m often discriminated against before I can even make it into the room because I’m not afforded the same opportunities as my Caucasian counterparts. Directors like Ava Duvernay and Lena Waithe are paving the way by making sure other women of color have seats inside writer rooms and behind the camera. I can’t say I’ve overcome discrimination, I simply continue to create in spite of it.

In Atlanta, I’m a part of Black TV Film Crew, Film Sisters and ATL TV Writers. Each of these have been wonderful resources for women like me.”

As a member of the black LGBTQ community, what does it mean for you to be part of In The Life Atlanta’s black pride celebrations?

“Say it loud, I’m black, gay and proud! Seriously though, I am honored to be of service to the LGBTQ community. I do not attempt to speak for all but I hope to be an inspiration for others that are figuring out their walk in life. I want to show that sexuality is but one aspect of the many facets we are.”

You chose the Greek life, and the sorority you’re part of, allows you to represent your true self! How do your sisters embrace your successes and failures in your personal and professional life?

What’s next for you in your career?

“I love filming and directing (theatre and film). I’d love to collaborate with more Atlanta artists and organizations as we make this a destination city for the arts. I welcome all to visit my website https://www.NykieriaChaney or follow me @Nykieria on Facebook, Instagram, or Twitter. You can email me at NykieriaChaney@gmail.com.”

Where can people find you during Atlanta Black Pride?

Visitors can see me starting on Wednesday, August 28 at the Mayor’s Inaugural Black LGBTQ Pride Reception starting at 7pm at Atlanta City Hall. You must RSVP if you want to attend!

Starting Saturday at 3pm, I’ll be at the See Us In Film Festival at the Georgia Tech Hotel and Conference Center and then finally, the Excellence Gala at 7pm at the Bio Bio The Beauty Place!