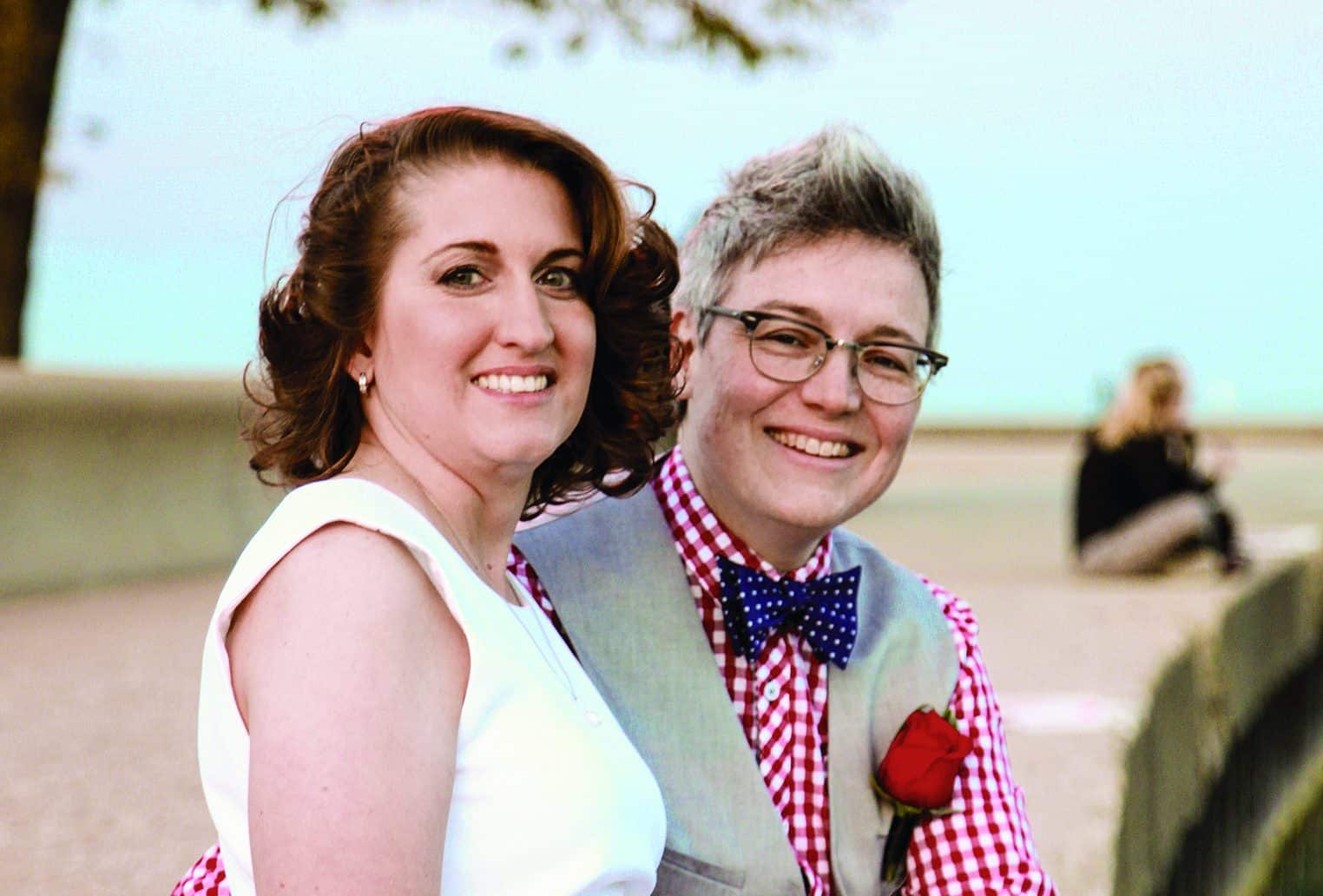 Mandi and DeLana: Ladies of Love

Mandi Milligan and DeLana Finney have spent 12 years building a love that continues to strengthen their bond. Milligan, from Decatur, Alabama, and Finney, from Columbia, South Carolina, made their way to the Atlanta metro where they soon realized their need to share their love with one another. Family, friends and their love for the outdoors all played special roles in their big day, but their journey to marriage was a special one. We caught up with the two on just how memorable their day was!

Tell us about the proposal? What made that day so special for both of you?

DeLana: I attempted the proposal three times. It got ruined three times. Things interrupted us or trips didn’t happen. It just so happens that both of our mothers were in town for Mothers Day. I thought that she would never suspect that. We took them up to the Wolf Mountain Winery and I did it there. We had some bystanders that had no idea they were part of it. They were there for a sorority reunion and I got down on one knee. They all lost their minds.

Mandi: I was very surprised. I did not suspect it whatsoever. She even asked my mom beforehand if it was ok. I thought that was sweet; it was a really nice touch. Both of our moms are really important to us and they always come for Mothers Day together. We do a whole weekend together with them. It made it even more special.

What kind of wedding did you two plan to have? Did it turn on the way you expected?

Mandi: I always wanted a big wedding and I just wanted something really nice and special. We still got our really nice special day; I still got my extravagant wedding but we were looking at costs and where we wanted to do it and decided to do it a little differently.

DeLana: Our venue changed at the same time. Mandi’s grandmother was ill. She was unable to travel, so we decided to move the wedding to Chicago so she could attend.

Mandi: We decided to only invite immediate family and not invite a single friend to cut down on more costs. We also live-streamed our wedding so all of our friends could tune in and watch. We did it on the shores of Lake Michigan. We had about 27 people attend. We had a horse and carriage ride that took us to the reception. We had a happy hour bar with Hors d’oeuvre and also a reception in a private section of a restaurant. The food was really good and it was hot, so you didn’t have those big receptions where everyone was eating cold chicken at different times. We still got all of the glamour out of our special day.

Did you ever think you’d ever be able to get married in your lifetime? When marriage was legalized, how did that affect you both?

Mandi: After I figured out I was gay and began living as a gay woman, I still wanted to get married. In the back of my mind, I knew it was never going to happen and it was never going to be legal. I worked in news for 11 years, and I was working when the Supreme Court decision was announced. I was the one that was waiting for the decision to post to our digital sites. I very vividly remember waiting for that and seeing it and starting to get choked up. I have to put this aside for a moment and do my job, I have to get this tweet out. 15 to 20 minutes later after everything calmed down, I was finally about to … I cried. I knew it was going to become a possibility for me. That was in June of 2015, and we got married in October of 2015.

DeLana proposed in May of 2015. It was already legal in Illinois at that time. Chicago had been in the back of our mind at the time. A month later, it’s legal everywhere. We thought about it and talked about it but hadn’t made plans. It made it a little more complicated because we didn’t have to go to Chicago to get married, we could do it anywhere.

Is there any advice you’d give a younger LGBTQ couple who just got engaged or may want a commitment like this in their future?

Mandi: We are very lucky to be in this period of time  as a younger person coming up and getting into a relationship. The people that paved the path for this did a tremendous job. Hopefully, kids in their 20’s now won’t know the feeling of being unable to marry who they love if they’re LGBTQ.

DeLana: I would say don’t take it for granted. Marriage in the heterosexual community is taken for granted so much because they can get married and get divorced anytime they want. I would caution people not to let it turn into that.

Mandi: It is something to be cherished because it was so hardly fought for. It is more special because of the fight that we had to go through. Who knows what’s to come in the future with the current administration. Anything could happen with the shift of the Supreme Court. It is a good time, but we should definitely be cautious and always be fighting for our rights because they could be stripped away.