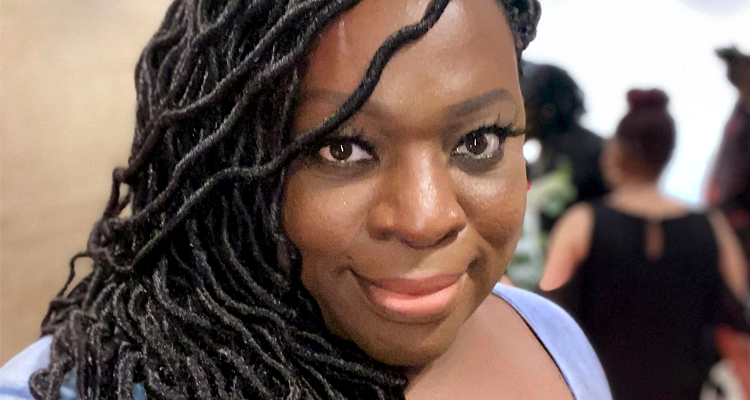 Tori Cooper is an inspiration. The transgender activist has dedicated her life to transgender and HIV/AIDS organizing that has landed her a history-making position on the Presidential Advisory Council on HIV/AIDS (PACHA). Cooper sat down with Georgia Voice to discuss the new position, her work with the Human Rights Campaign’s Transgender Justice Initiative, and how she’s fighting to give everyone a seat at the table.

Tell me about your background in HIV organizing.

I’ve been in HIV [organizing] for a long, long time. I did some volunteering as a teenager, and then back in the early ’90s I helped to make flyers and distribute condoms at Pride parades around HIV education. I was making sure that folks were making the best decisions for themselves, and then it just continued. In my mid-30s, a good girlfriend of mine who’s the executive director of Nationz Foundation in Richmond, Virginia, wanted to do a CDC intervention for some of the folks in the community. She invited me to be a co facilitator with her, and that was my first time using my voice to advocate for HIV — and I haven’t shut up since!

Now you’re the Director of Community Engagement for the Transgender Justice Initiative for the Human Rights Campaign. What does the TJI do?

We do job fairs and opportunity fairs so that trans and nonbinary people have access to gainful employment even during a pandemic. We also do a fatal violence report every year where the TJI reports on the numbers of trans and nonbinary folks that have been killed and provides a little backstory that attempts to humanize folks. In addition to that, we don’t just talk about trans and nonbinary folks if they’ve been killed or victims of violence. We’re intentional to strategically communicate with folks in the media about who trans people are to counteract some myths.”

We are also in our fourth quarter of our Lyft partnership, in which $45,000–$60,000 this year alone has been given in grants to community partners so trans and nonbinary folks across the country can get free and safe rides to medical appointments, the store, and rallies and marches. We also have Elevate and Activate leadership academies and fellowships where we provide leadership training and skills building and capacity building assistance for trans BIPOC leaders across the country.

How does it feel to make history as the first Black trans woman on the PACHA?

It is incredibly humbling, and I believe this makes me the highest ranking Black trans person in the federal government! But there’s a lot of responsibility that comes with it, and that means I take a lot of people in every meeting with me and make sure I stay connected to the folks at ground level who will never get the opportunity to serve on PACHA. I understand that this is a huge [opportunity], and I do not take it lightly.

What will you advocate for while on the Council?

It’s important for me as a Black trans woman to make sure that I’m incorporating the voices and stories of folks who are like me and folks who aren’t just like me. It’s important that I make sure the voices of transgender women, and more specifically the voices of Black and BIPOC transgender women, are heard because we’re disproportionately impacted by HIV as well. Our rates for HIV diagnoses are very similar to Black [men who have sex with men]. We’re a smaller community, so the impact in many ways is even greater.

We know that for folks who have untreated HIV can lead to worse health outcomes and lower lifetime earnings. We know that there are a bunch of systems that are not capable yet of addressing our trans bodies. I also know as a Black trans person that I need to bring transmasculine and masculine-of-center nonbinary folks into my meetings to make sure that every time we make a recommendation to the Biden administration that it is incorporative of all our voices.

Because it’s Pride in Atlanta, I have to ask: what does Pride mean to you?

I wrote an op-ed for the Huffington Post a few years ago called “Why Pride Month Looks Different for Trans Women” that goes into it, but Pride means to me that folks, wherever they fall in the rainbow family, are all acknowledged and affirmed for who we are.

Is there anything you’d like to add or plug?

We want to make sure all your readers are aware of the Equality Act and how important it is. The Equality Act is one of the things that will allow some protections for trans folks and nonbinary folks so that it helps to end some of disparities we face. It helps to provide protection in employment and protections so that trans folks can’t be evicted simply because of who we are. Also, stop killing Black trans women!

Learn more about the Transgender Justice Initiative at hrc.org/campaigns/transgender-justice-initiative and the Presidential Advisory Council on HIV/AIDS at hiv.gov/federal-response/pacha/about-pacha.