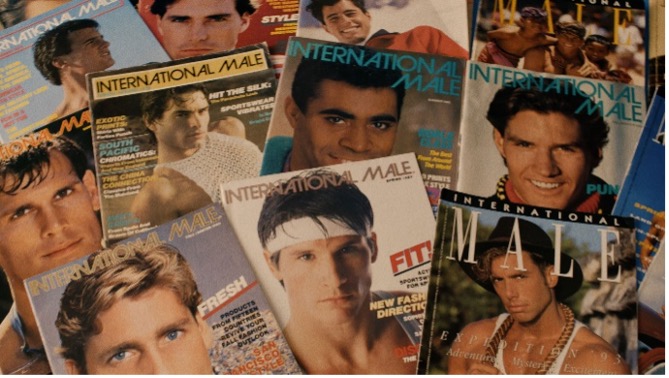 Bryan Darling and Jesse Finley Reed’s 'All Man: The International Male Story' is one of the five films announced for the 35th annual Out On Film festival / Publicity photo

Out on Film has announced the first five films that will comprise the 35th edition of the Oscar® qualifying Atlanta-based LGBTQ film festival, held from September 22 to October 2, 2022.

The five films are Bryan Darling and Jesse Finley Reed’s All Man: The International Male Story, Micheal Rice’s Black As U R, Matt Carter’s In From the Side, Daresha Kiyi’s Mama Bears and Connie Cocchia’s When Time Gets Louder.

“We are very excited to celebrate our landmark 35th anniversary,” Jim Farmer, Out On Film’s festival director, said in a statement.  “Last year’s event — a hybrid festival with in-person screenings and guests and a virtual one as well — was very successful, with more than 155 films in all, and we look forward to another great event this season.”

This year’s event will also feature its first ever screenplay competitions and readings of the winning entrants, Icon Award and Trailblazer Awards presentations and other special events.

The full schedule will be announced August 22. A special July 23 double feature of the comedic “Cop Secret” and the lesbian romantic comedy “Girl Picture” will begin the Countdown to 35 series. It will take place at 7 p.m. at Out Front Theatre Company, serving as a first preview of this year’s festival.

For information on purchasing passes, tickets, and additional details on Out on Film, please go to: outonfilm.org.

All Man: The International Male Story

All Man: The International Male Story journeys across three decades of the catalog’s unlikely but lasting impact on fashion, masculinity, and sexuality in America. Gene Burkard, a once-closeted Midwesterner and GI, found freedom in San Diego, where he transformed men’s fashion into something cosmopolitan, carefree, and trend-setting. International Male reached gay and straight customers alike as it redefined images of masculinity in American culture, generating revenue and circulation in the millions.

Black As U R

A post-Trump society wracked by Covid-19 and economic recession, America is experiencing radical and constant change.
On May 25, 2020 George Floyd was murdered by Derek Chauvin, a Minneapolis police officer who suffocated Floyd as bystanders pleaded with him to relent. That evening protests erupted and the city of Minneapolis went up in flames. The murder had sparked a firestorm of national and international protest.
Minneapolis now had the world’s attention, yet in the same week in the same city a young black trans teenager named Iyanna Dior was brutally attacked following a fender bender in a convenience store parking lot. Iyanna had sought shelter inside the store, but was dragged outside and viciously beaten by a mob of young black men and woman screaming homophobic slurs. A few blocks away, black Americans were chanting that ‘Black Lives Matter’. But it seemed from Iyanna’s experience that in fact not all ‘Black Lives Matter’. Or do they only matter if you’re black and heterosexual?

In From the Side

The lives of a London gay rugby team, both on and off the pitch, are explored in this assured feature which reveals the many different games that people play. When an injured player from the A-team is selected to play with the Bs as part of his recovery, tensions are already high. Initial suspicion turns to physical lust for two of the team members and personal loyalties are stretched as they try to conceal the affair, not only from their own partners but also their teammates. Alexander Lincoln and Alexander King give magnetic performances as the lovers, alongside an excellent ensemble cast.

Mama Bears is an exploration of the journeys taken by Sara Cunningham and Kimberly Shappley, two “mama bears”—conservative, Christian mothers whose profound love for their LGBTQ+ children has turned them into fierce advocates for the entire queer community—and Tammi Terrell Morris, a young African American lesbian whose struggle for self-acceptance perfectly exemplifies why the mama bears are so vitally important. Director Daresha Kiyi is based in Atlanta.

When Time Gets Louder

Departing for college, Abbie leaves her parents and brother who has autism and is non-verbal. As she explores her independence and sexuality, she’s torn between her new life and her love for her brother. Willow Shields (The Hunger Games) and Emmy nominee Elizabeth Mitchell (Lost) lead the cast of this beautiful drama, making its Southeastern debut.

Mimmi, Emma and Rönkkö are girls at the cusp of womanhood, trying to draw their own contours. In three consecutive Fridays, two of them experience the earth moving effects of falling in love, while the third goes on a quest to find something she’s never experienced before: pleasure.

A tough super-cop, in denial about his sexuality, falls in love with his new partner while investigating a string of bank robberies – where nothing seems to have been stole.