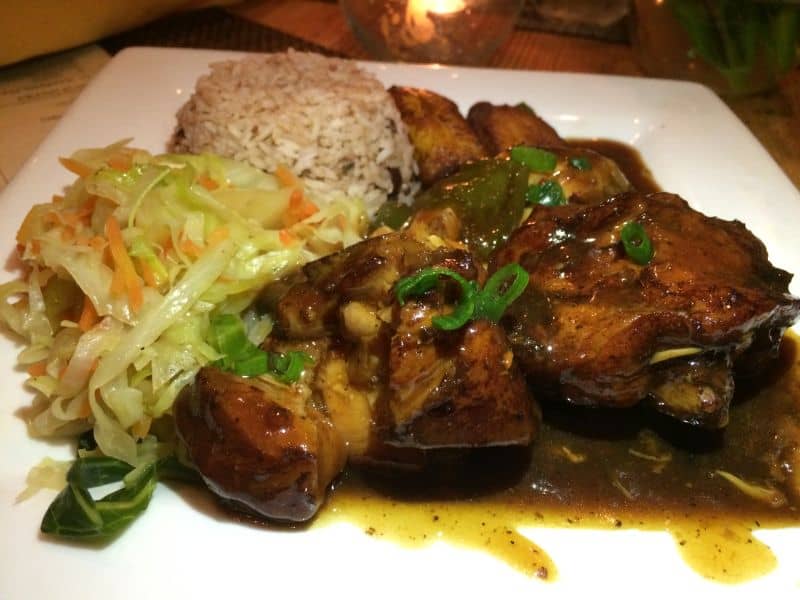 Cliff Bostock: Stir It Up and add Bone Garden to your list of restaurant faves

I’ve been dining out with a group of friends for more than four years. Typically, we try to find something new each week, but there are a few restaurants that we have visited repeatedly. Here are two.

Stir It Up: This restaurant became my favorite place for cheap eats when it opened in Little Five Points in 2011. After two years of battling with their landlord, owner-chef Christopher Williams and his wife Vivian moved their Jamaican restaurant to a larger space on 12th Street in Midtown. Prices are up, but most entrees cost under $15.

There is much to love about Stir It Up. Start with the name, which is the title of a Bob Marley tune about cooking. Well, actually “stir it up” is a metaphor for having sex. And believe me, a few tastes of most food here is better than the sex you had with your ex. The décor is likewise sensual. The dining room, fronted by a lengthy bar, is ultra comfy thanks to some upholstered chairs. Perhaps best of all, the service is usually stellar. Kind of like the food, our server last week was a bit spicy and a bit sweet.

Stir It Up’s food is widely regarded as the best Jamaican in Atlanta and has received national attention. Another function of its name is to suggest the multiple influences on Jamaican cooking — Indian, African, and Asian, among others. An example is the curry, a traditional dish based on the Indian classic with Jamaican spices stirred in. As with many dishes here, you can select your protein – chicken, shrimp, tilapia, or goat.

My go-to dish at the old location was the brown stew. The sauce reminds me of a Mexican mole, complexly seasoned with a faintly sweet taste. I always get it with the hunks of hacked chicken still on the bone. I admit, though, that I was disappointed during my last visit to find that there was barely a hint of the heat peppers subtly added to the dish in the past. It’s nonetheless delicious and begs for the rice and peas for stirring into the sauce. Sweet, caramelized plantains come with most dishes.

For years, my other favorite dish has been the saltfish and cabbage. It features diced, salted cod in a warm slaw, served with fried dumplings. I know it sounds kind of icky to a lot of people, but it is unbelievably good. The jerk chicken is classically hot and spicy, glazed and glossy, addictive.

Bone Garden: I’ve mainly loved this restaurant since it opened in 2008. The name is an allusion to the Mexican Day of the Dead. Classic images like smiling skeletons decorate the walls. But the real attraction here is the food’s authenticity. This is not Tex-Mex food filled with nasty chili powder. If you want an example, try a tamale. Unlike the average around town, Bone Garden’s are not steamed to death and set aside to turn into tasteless crap, barely punctuated with fillings. My favorite here is the rajas – strips of poblano peppers with creamy cheese, and salsa encased in fluffy corn meal, and steamed in a corn husk.

But you can’t go wrong with anything on the menu, including a duck enchilada, a chipotle pork torta (sandwich), and, above all, tacos filled with al pastor, goat barbacoa, tongue, or especially good shrimp cooked perfectly in green sauce. (1425 Ellsworth Industrial Blvd., 404-418-9072, bonegardencantina.com)