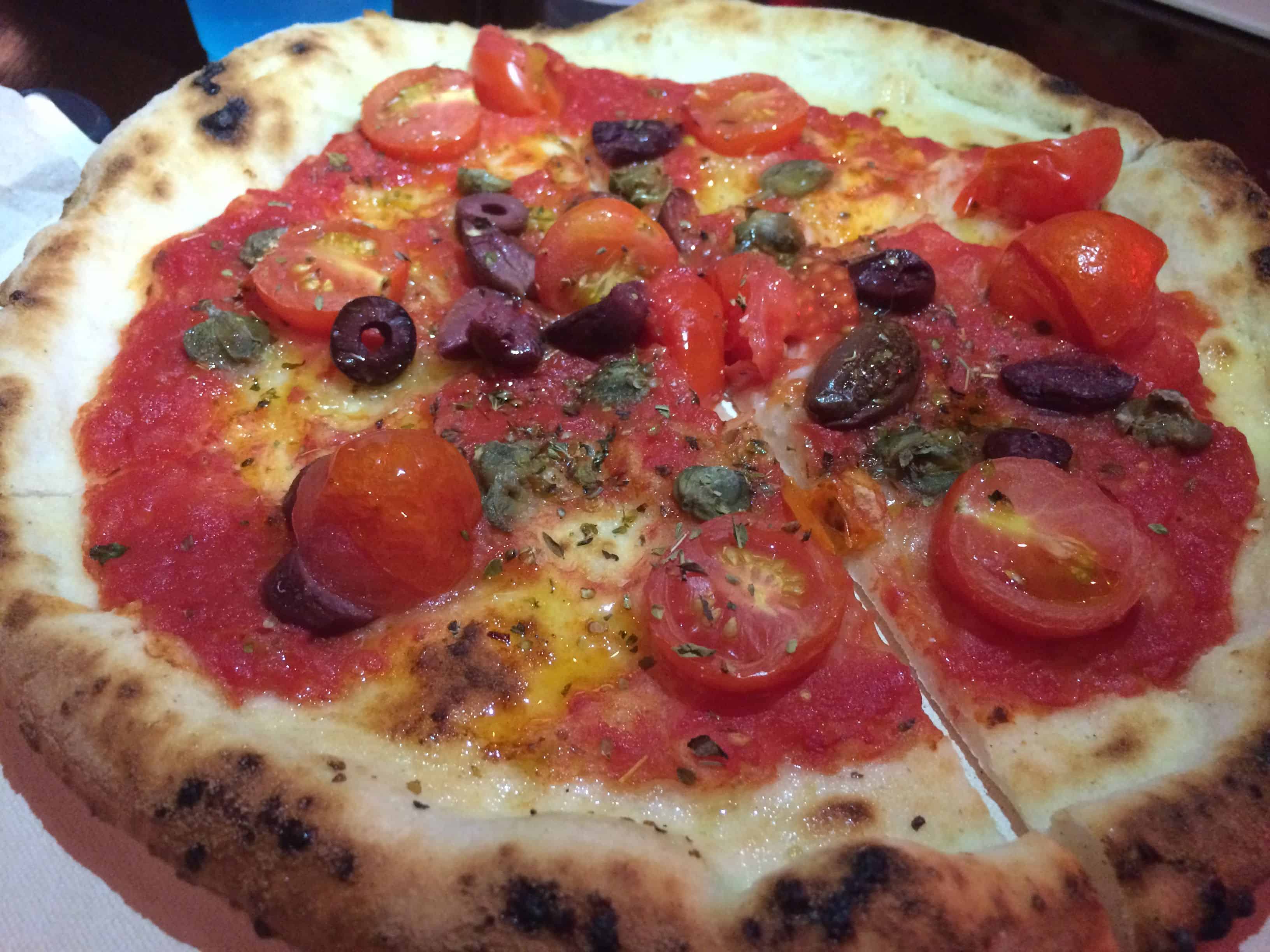 Eating My Words: The Local Pizzaiolo deserves time to improve

Gay love! I met my first gay lover and had my first gay meal many decades ago at an after-hours bar on Monroe Drive called the Cove. I was home from college for Christmas and needed to get the hell out of the house on Saturday night. At that time, the idea that I might be gay seemed as impossible to me as it was obvious to everyone else. Whatever, some demonic force drove underage me to the Cove.

I looked around nervously and before I could bolt, someone bought me a beer. He was blond and soft-spoken, maybe five years older than me. He walked me across the room for a private talk about his mother and LSD. Sometime after midnight, a man called “Uncle Ray” appeared with a platter of crustless white-bread sandwiches deliciously layered with egg salad and cut into triangles. Soon drunk, I followed the man to his Midtown apartment. He told me he loved me. He went in the bathroom and I ran out the door. That was my first gay lover and meal.

I tell you this heartwarming story by way of suggesting that love makes any meal delicious, so don’t fret about your Valentine’s Day choices.

Take for example, The Local Pizzaiolo (1000 Marietta Street, Suite 202, Atlanta. thelocalpizzaiolo.com). This newbie that will soon expand to four locations specializes in Neapolitan-style pizzas. It’s a roomy, brightly lit space with some retail shelves. Check out the neon-lit mural of love-struck Vespa drivers seemingly headed for a collision. Love is blind and kills everything, right?

I have to admit I’m totally confused by the Neapolitan label. At other restaurants in town, that usually means a nearly gooey center and a relatively thin crust. Here the crust is thick, chewy and certainly not a bit gooey in the center. But I don’t question the skill of owner Giulio Adriani, whose New York pizzeria, Forcella, is famed enough that he is an instructor for the Assocciazione Verace Pizza Napoletana, which sets the standards for Neapolitan pizza makers.

The pizzas are made with the requisite San Marzano tomatoes and fresh mozzarella. They are cheap — mainly around $10-$13 for an individual 11-inch pie. We ordered three pies and a tasty arugula salad with pears and gorgonzola. The standard measure of any Neapolitan pizza joint is the Margherita — a simple pizza made with tomatoes, mozzarella and basil. The pie here was a deformed mess with more outside crust than inside topping. The basil was burned.

I ordered a Puttanesca, probably my favorite Italian sauce, typically made with tomatoes, Kalamata olives, capers, garlic, olive oil, anchovies and some red pepper. Its name means “in the style of a whore,” because it’s spicy or includes so much. I didn’t like this pizza either — for good reason, as it turned out. Adriani walked by our table, saw it, said “Wrong,” snatched it, and said he’d bring me another. As it turned out, I’d ordered a gluten-free pizza and the wheat-flour one was a huge improvement.

I have little doubt the restaurant, which serves wine and cocktails, will improve, considering Adriani’s credentials and the photos I’ve seen of his work. We didn’t realize it had been open barely a week, so the kitchen is probably still in training. Wait a month and let me know how you find it. Or go on Valentine’s Day and test the strength of your love. If Cupid floats above your pizza, like he did above my egg-salad sandwich at the Cove, everything will taste perfect and you’ll know you’re with The One, at least for 90 minutes.