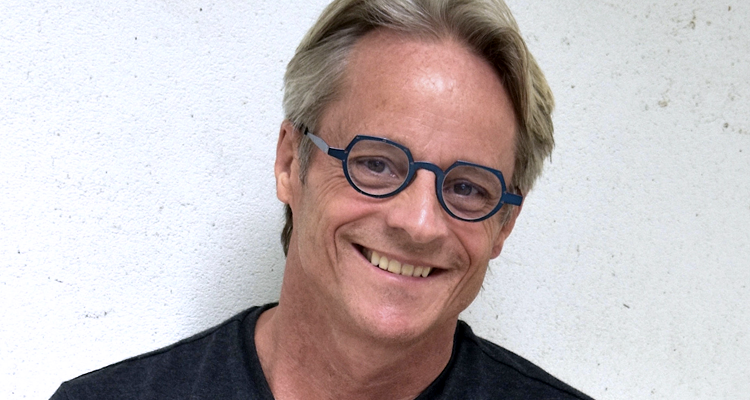 Long before openly gay performers could thrive as part of the entertainment world, Mitchell Anderson was in Hollywood — almost alone — as an out actor 25 years ago. Now the longtime Atlanta resident and chef/owner of MetroFresh is relating his experiences in a one-man show, “You Better Call Your Mother,” running November 4–7.

Anderson, who turned 60 in August, had a thought at the end of 2020 that he should have a “big-time” New Year’s resolution. Although he has plenty of stage credits, he’d never done a one-man show or cabaret.

“I really want to challenge myself, with something that was my own, outside of the restaurant” he said.

So, in January he reached out to Courtenay Collins, a longtime Atlanta performer known for her cabarets and for being in the world premiere musical, “The Prom” at the Alliance Theatre and its subsequent Broadway run. Her suggestion was to write down some songs he wanted to sing. “Because I write every day, I knew immediately the beats in my life I wanted to talk about — and how the story came together,” he said.

With musical direction by Bill Newberry, “You Better Call Your Mother” is a play with music. Or, as Anderson calls it, a series  of monologues.

“This [show] hits different eras and moments in my life with different people,” Anderson said, “and tells how I grew from this overachieving, little, earnest boy who grew up and wanted to go to Hollywood for a career in show business and wound up in Atlanta making soup for a living.”

He landed in New York after college in 1983 and was just coming to terms with his sexuality and establishing his career while people were dying from AIDS all around him. That difficult time is addressed in the show.

“I made unfortunate mistakes in my relationships because I was very worried about how I was going to work,” he said.

Eventually he moved Los Angeles and got substantial roles on “The Karen Carpenter Story,” “Doogie Howser, M.D.” and “Party of Five,” where his character, Ross, was also gay. When Anderson came out at the 1996 GLAAD Awards, he knew it was the right time and place to do so. He became an LGBTQ activist afterwards.

One of the actor’s most underrated projects was the LGBTQ-themed 1998 independent film, “Relax … It’s Just Sex,” which also starred Jennifer Tilly and Terrence ‘T.C’. Carson. “We were three or four years before our time,” he said. “It should have had a release, but ‘Billy’s Hollywood Screen Kiss’ — also from that year — was considered more mainstream.”

Anderson met his future husband, Richie Arpino, owner of Atlanta-based Richie Arpino Salon, at the HRC Atlanta dinner in 1997. The two traveled across the country for five years back and forth while Anderson was working as an actor. Around the time Anderson turned 40, he was getting restless in his career. He sold his house in Los Angeles and moved to New York to do theater. Everything changed with 9/11, though.

“The buildings fell, and life changed,” Anderson recalled. “At that moment, I said I don’t need this career anymore. I can find something else to do.”

He moved to Atlanta in 2002 to be with Arpino and began looking for another life. Through help from Jenny Levinson, owner of the Souper Jenny cafes, he was able to open MetroFresh in Midtown Atlanta in the fall of 2005.

Though he has done some theater while living in Atlanta, Anderson’s acting career got an unexpected jolt when his friend Kevin Spirtas called him and asked him to be part of the web series, “After Forever,” which debuted in 2018. In it, he plays Jason, one half of a 50ish male couple who passes away and leaves his husband Brian (Spirtas) alone as a single gay man. Anderson was surprised when he got the call, since he had not done any on-screen work for a while. The show was highly acclaimed and won numerous Emmy Awards, with Anderson himself nominated. The third season of the series will film in the spring of 2022.

Although he promised he would not audition anymore when he left the business, Anderson says now he might be receptive to another acting gig, especially with all the filming that is going on in Atlanta: “We’ll see what happens in the third act of my life.”