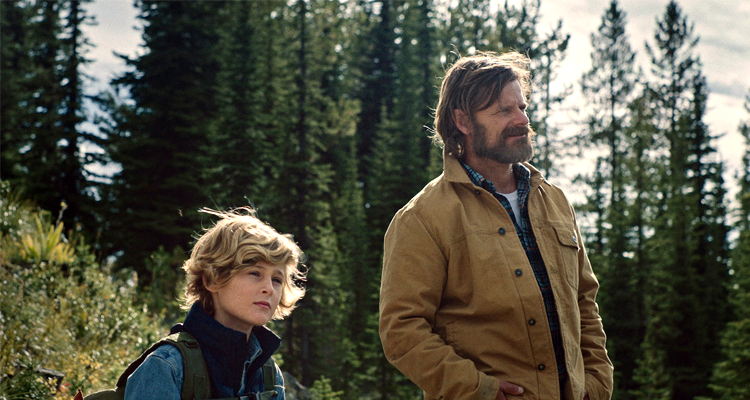 As COVID-19 vaccines become more readily available, the return to full capacity for movie theaters may actually be a reality in the near future. Until then, there are plenty of new streaming LGBTQ titles available covering an eclectic array of topics.

Some people may not know his name, but David Wojnarowicz was a New York-based photographer, artist, author and filmmaker — and later an AIDS activist. Director Chris McKim has made “Wojnarowicz: F**k You F*ggot F**ker,” a stirring new documentary on the subject. Having gained access to Wojnarowicz’s work, including paintings, journals, Super 8 films and even answering machine messages, McKim has crafted a stirring look at the artist’s life that has its own unique vibe and voice.

The film charts Wojnarowicz’s early years until his prominence in the East Village avant-garde scene. When his parents divorced, he lived with his mother before running away and hustling on the streets of New York. After a brief stint in Paris, he returned to New York and became an artist, best known for his graffiti and street art as well as the titular slogan — a painting based on a homophobic cartoon he found. The subject’s own HIV diagnosis — along with the death of a lover and mentor — amped up his activist side. Wojnarowicz ultimately passed away of AIDS in 1992 at the young age of 37. McKim has made a documentary on his life that is both compelling and informative, showing just how vital a presence he was.

The drama, “Cowboys,” played some festivals last fall before bowing online in February. It’s especially topical now, as trans children are at the heart of so many battles. Troy (Steve Zahn) and his wife Sandy (Jillian Bell) have broken up, but Troy still spends time with his son Joe. Joe (played by trans performer Sasha Knight) identifies as trans, and Sandy has a much harder time with the situation than Troy does. Eventually, the father abducts his son, and they take off together. The scenes with Troy allowing Joe to be his authentic self are often touching.

As directed by Anna Kerrigan, “Cowboys” benefits from a well-chosen cast. Emmy Award-winner Ann Dowd brings her usual dignity to the small role of a police detective on the trail of Troy and Joe, while Knight handles a difficult role quite effectively. What holds the film together in many ways is Zahn’s performance. He’s a manic force, something of a loose cannon, but his love for Joe is never questioned. Things threaten to get a little too heavy at times before something of a Hallmark ending, but those moments don’t negate the charm and warmth that has come before it.

Finally, the new lesbian drama, “Rain Beau’s End,” has a lot on its plate. This original film, part of the Lesflicks video on demand platform, which features a slate of lesbian and bisexual feature films and shorts, stars Janelle Snow and Amanda Powell as a lesbian couple, circa the ’90s, who adopt a young boy. Hannah Driver (Snow) is a lawyer in Chicago who makes a run for mayor while Jules Paradise (Powell) owns a coffee shop. Their decision to start a family faces some hurdles, as their new son is mislabeled with a genetic predisposition for violence.

Sean Young (as a lawyer friend) and Ed Asner (as the father of one of the women, who mouths off some homophobic statements) are big name presences. Of the central twosome, the character of Hannah seems a lot more developed than Jules. It’s rather unbalanced.

The film covers more than a dozen years, and during that time the son becomes violent and disorderly, yet “Rain Beau’s End” never actually shows the kid. Only his voice is present at the end. It’s an odd decision made by writers Jennifer Cooney and Joe Orlandino, as we only hear about the chaos the character is causing. As directed by Tracy Wren, “Rain Beau’s End” can feel a little mechanical, with scene after scene of Hannah getting a call at work about some damage their son has done.

It’s hard to knock a film that means well and covers so much ground, but “Rain Beau’s End” never really connects. It gamely explores aspects of parenting that are rarely seen, but overall it feels like something of a missed opportunity.

“Cowboys” is now available on PVOD