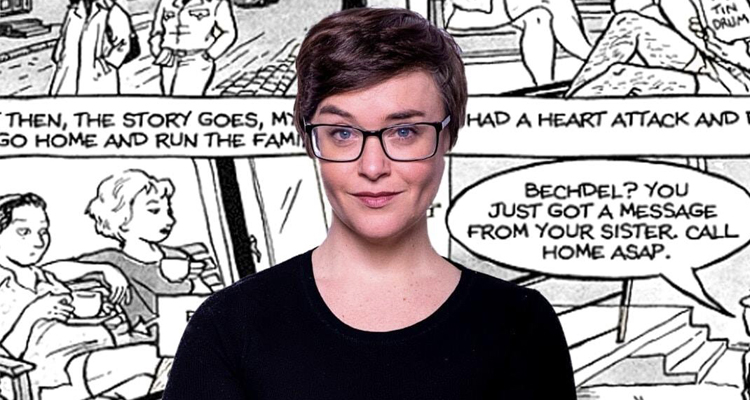 New Theatre for a New Year

As a new year is upon us, so are a slew of local theater productions, from musicals to iconic dramas.

“Fun Home,” which just opened at Actor’s Express, is one of the highest-profile shows of the season. Lisa Kron and Jeanine Tesori’s musical, adapted from Alison Bechdel’s 2006 graphic memoir, is about a young woman dealing with life and the discovery of her sexuality, as well as a complicated relationship with her father. It’s being directed by the company’s Freddie Ashley, a huge fan of the work. “It’s one of the most beautiful musicals written in the last 15 or 20 years,” he says. “The score is unbelievable and the story is one that is universal in terms of wanting to know who you come from and the details about your ancestry and parents that you don’t get as a child.” The cast includes Rhyn Saver and Express vets Natasha Drena and Jeff McKerley.

In spring 2020, Out Front Theatre Company hosts a trio of LGBTQ-themed shows. “Bull in a China Shop” is a period comedy about the relationship between two women while “Warplay” is a re-imaging of the relationship between Achilles and Patroclus. Closing out the company’s season is the groundbreaking “The Boys in the Band,” which returned to Broadway last year and won a Best Revival Tony Award.

Topher Payne, known best for his writing and acting, turns to directing with a version of Tennessee Williams’ classic “The Glass Menagerie” at Stage Door Players. Payne will also be seen in the game cast of Process Theatre’s “Designing Women Live 11,” which is sure to sell out quickly.

In Theatrical Outfit’s “Indecent,” a kiss between two female actors leads to charges of indecency, while Onstage Atlanta’s “5 Lesbians Eating A Quiche” is a comedic farce.

Fans of musicals should be overjoyed this spring. Broadway Across America has a particularly splashy slate, starting with “The Band’s Visit” next week. The musical – based on the film – won 10 Tony Awards in 2018 and now Atlanta audiences can see it for themselves. Also in Broadway Across America’s spring line-up are “Hello, Dolly!,” “Miss Saigon,” and the return of the juggernaut known as “Hamilton.”

After a spectacular first season, City Springs has a three-pack of musicals on tap: “A Gentleman’s Guide to Love and Murder,” “Sister Act” and “Spamalot,” while Atlanta Lyric Theatre offers up “Camelot,” “Big River” and “Matilda.”

It won the Tony for Best Musical and Horizon Theatre has scooped up “Once.” Based on the Academy Award-winning film, it’s the story of an Irish guitarist who meets a young Czech lady who changes his life.

Bound to get you dancing, Aurora Theatre’s “On Your Feet!” features music and lyrics by Gloria and Emilio Estefan and deals with how the Estefans broke barriers and achieved stardom. Another show with plenty of buzz is the Alliance Theater’s “Maybe Happy Ending,” following two obsolete helper-bots in Seoul who discover each other.

Minus Brian Clowdus, Serenbe Playhouse tries its hand at the beloved “Spring Awakening.”

Other shows of note: Chad Darnell, seen memorably in “Hedwig and the Angry Inch” last spring, is part of the cast of Theatre in the Square’s “Moonlight and Magnolias” while some recognizable faces – Sandy Duncan, Didi Conn, Adrian Zmed and Donny Most – headline the Strand Theatre’s “Middletown.”

Theatre in the Square

“Bull in a China Shop”

“A Gentleman’s Guide to Love and Murder”

“The Boys in the Band”