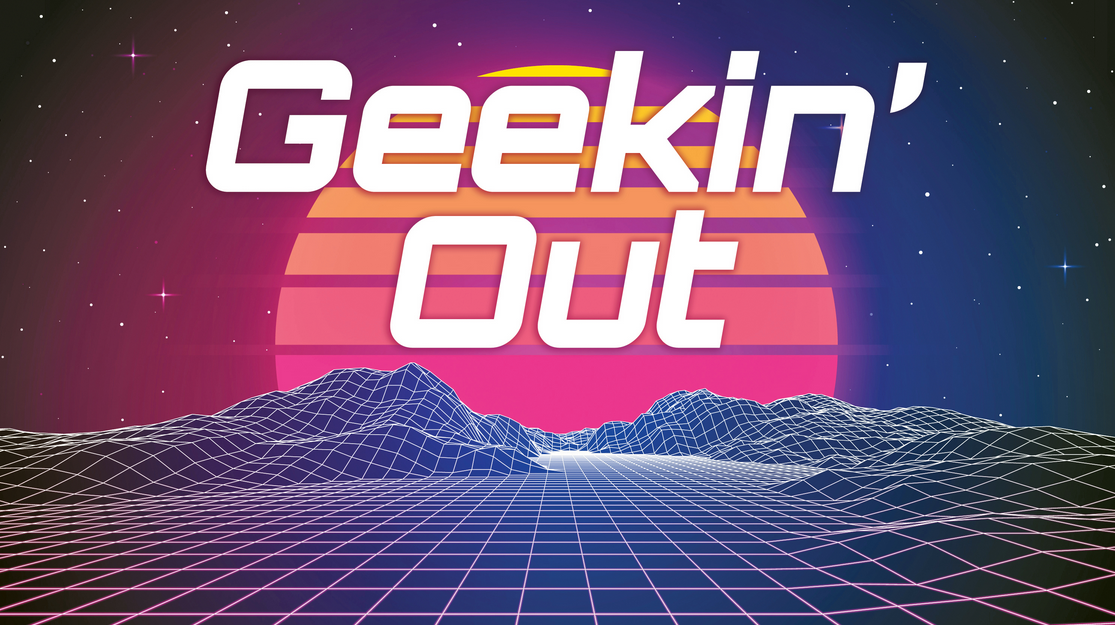 A long time ago in a galaxy far, far away …

Coming soon to a most familiar solar system …

Lightsabers and photon guns at the ready, folks: Outlantacon and Gaylaxicon are joining forces in Atlanta next week. Outlantacon is a Queer Geek-centered, Atlanta-based event. The festival features gaming, costuming, shows, fashion shows, and discussions. The event’s been running for ten years, but their focus on fandom and nerd culture — with a care for the LGBTQ community — is going strong. And there’s an added feature: This year, Outlantacon will host Gaylaxicon, a national gaming-geek group which travels from Con to Con every year.

GAYLAXICON
Gaylaxicon hasn’t been seen for two years — not since October 2016 in Minneapolis. A recurring convention, Gaylaxicon ﬁ rst began in 1988. The initial get-together happened in Provincetown, Massachusetts. The founding happened at the behest of the Gaylactic Network, a famous nonproﬁt LGBTQ sci-ﬁ fandom group. A New England-based subsection of that group, the Gaylaxian Science Fiction Society, headed the Con.

In the next ten years, the Con stayed mostly in New England, before venturing out to Troy, Michigan in 1998. The event then toured Virginia, California, Canada, and Maryland, with 2007 and 2011 stops in Atlanta.

Gaylaxicon is also known for creating the Gaylactic Spectrum Awards. The Con features a number of panels, including dances, receptions, ﬁlms, celebs, cosplay contests — and that’s not counting the Gaylactic “Jeopardy!” and the Chocolate Symposium, both of which are convention standards.

CON YOU DIG IT?
Georgia Voice spoke to Outlantacon Chair Candace Weslosky. Candace says that Outlantacon was similar to other geek events. The Con shared “the same love for a genre but our panels focus, highlight, and celebrate the LGBTQ component of it.” That included “characters, storylines, directors, writers, and the importance of visibility.” By taking the once-taboo into the mainstream, Candace says, the Con helped to create equality.

“I hope we are able to celebrate our community as much as it deserves,” she tells Georgia Voice. “I hope we have an amazing turnout and continue to grow into a midsize convention that is the ‘must do’ of your geek year.”

So should LGBTQ people who have no interest in geek culture attend? Should geeks unfamiliar with LGBTQ culture stop in? Candace is emphatic about the Outlantacon/Gaylaxicon celebrates geek, gay culture Con’s welcoming nature: “Absolutely! We have something for everyone at Outlantacon in our community.”

“Creators risk their lives to create content,” Candace says. “[Outlantacon] serves as a platform for them to do so.” She says the Con will have a fashion and drag show, an auction in which proceeds will beneﬁt  Lost-n-Found Youth, and an activism-culture track. “We have game shows where you can laugh along with friends of any age and have a good time,” she says. “We have room-party battles to host the best-themed parties.”

Moreover, ally-ship is welcomed. “We have an amazing game room [for non-LGBTQ geeks] where you can ﬁnd board games, tabletop RPGS, Magic tournaments, and card games. We have an all-night Werewolf celebration [on Friday night] … and an amazing art show featuring multiple platforms and artists from around the country.”

For Candace, Outlantacon felt like home.  She’d felt that way since she entered the Con scene years ago.

“I received a call from my best friend, Java Green,” Candace explains, “who was volunteering at the convention, [and] he explained to me that they had an event — ‘Project Cosplay’ — happening that evening and the host, a local drag queen, had an emergency and had to cancel.”

As it so happened, they needed someone to run the interactive spoof of “Project Runway.” The powers that be knew Candace was a community emcee, and used to improv, wrangling “big, wild groups.”

“I hurried to the convention, hosted an amazing show, and I never left,” Candace says. She began as an attendee, became a guest, landed a position known as ‘game show track director,’ and eventually advanced to become the unofﬁcial ‘ambassador of fun’ which, as she says, “was great because I always have an amazing time at the convention and now I [am] helping others do it, too.”

Candace says the geek community has always been awesome, and that “they have been the most open to acceptance and change [compared to] most other groups over the last 20 years.” It was all about celebrating similarities: The world progressed “by understanding there are more things that bring us together than push us apart, and by realiz[ing] that we only get a short time in this crazy world, so it should be spent speaking good and not spewing hate.”

What’s next for LGBTQ-geek culture in Atlanta? According to Candace, “The future is bright for Outlantacon and I am ready to create more content, more guests, and a hotel ﬁlled with hundreds of my favorite folks!”

Statistics show that the convention has strong retention numbers — attendees return at a positive rate: An estimated 150–250 people attend per year, with hopes for 300–500 in 2018. Should the growth and health of Outlantacon continue — this year, and every year — the LGBTQ geek community shows every likelihood that, as ancient wisdom tells us, they will live long and prosper.