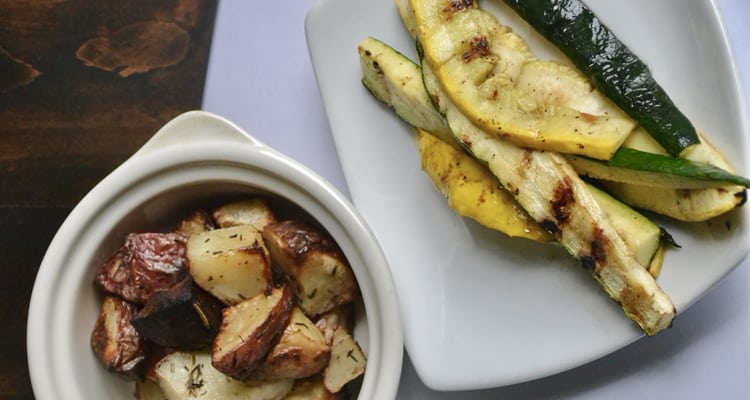 It took 30 years for Chef Vedam Clementi to learn what was causing his severe gastrointestinal symptoms, migraines, psoriasis and “off the chart” ADD.

It wasn’t until he found an internal medicine doctor and natural healthcare practitioner that he learned he had Celiac disease – a disease where ingesting the wheat protein gluten damages the lining of his small intestine.

“I went gluten-free and I dedicated myself to it. Within 30 days … 98 percent of my stuff was gone,” the Hiawassee-based chef said.

At the time, however, a gluten-free diet wasn’t as well-known, and Clementi’s ready-to-eat options were limited. Though he’d cooked his whole life, he re-taught himself how to cook his favorite foods, and is now a certified gluten-free personal chef and cookbook author.

“Vedam’s Gluten-Free and Fabulous Recipes from a Southern Gay House Husband” came about after he realized just how big the Celiac and gluten-sensitive community was, and filled a gap that 10 years ago, most Americans barely realized existed.

Allergy, Sensitivity or Intolerance – Which Is It?

“Gluten is a protein that is activated by moisture and motion. It’s a natural protein that’s in wheat flour and it helps give baked goods structure,” said lesbian Atlanta celebrity chef Virginia Willis. “When you knead bread dough or you stir together biscuit dough, it sort of creates this web. That is the foundation for whatever baked good that is.”

According to a 2017 review article by the University of Chile, those with Celiac and gluten sensitivity are advised to adhere to a gluten-free diet, which includes wheat, barley and rye, though “transgressions are permitted” for people with gluten sensitivity whose symptoms are mild. Individuals with a wheat allergy can have barley and rye, but must avoid wheat or risk a life-threatening anaphylactic shock.

There is no such thing as a “gluten allergy,” according to the American College of Allergy, Asthma & Immunology.

The Rise of “Gluten-free”

“Five years ago, people – cookbook authors and chefs – would have to come up with these elaborate recipes for gluten-free flour and now all you have to do is go to the grocery store and there’s a selection of them,” she said. “It’s become very prevalent.”

This label rule only applies to FDA-regulated packaged foods, so things like beer, malted beverages, wine, meat, poultry and certain egg products aren’t covered. FDA also notes that its labeling rule is specific to the phrase “gluten-free,” and cautions that unless that wording is on the package, “consumers should not assume that the food meets all FDA requirements for the use of the ‘gluten-free’ claim.”

Not all flour is created equal, though.

“Almond flour doesn’t have gluten and it can’t be willy-nilly substituted in place of all-purpose flour,” she said. “One of the things I think has happened with consumers is they may not know that, so I feel like there’s a good bit of education that has to happen.”

For savory dishes, Willis recommends chickpea flour, which she’s used successfully in fried chicken and her Thanksgiving gravy this year.

“Then in terms of baking, it’s not ever going to act exactly like all-purpose flour, but it can be very, very close,” she said. “These gluten-free blends that are on the market are a recipe in and of themselves of different kinds of flour and some sort of thickener or stabilizer.”

Clementi went a step further and created his own blend after intensive study, which he uses in both savory and sweet dishes.

Gluten-free On the Menu

Though there is an increase in options and availability, those with Celiac or a wheat allergy still have extra steps to take to protect their health.

“It’s really hard for me to go out to eat because many restaurants offer gluten-free options, but they do not understand or honor cross-contamination,” Clementi said. “I could still go in and get a gluten-free meal, but get sick for five or six days.”

To avoid that, Clementi calls restaurants ahead of time and asks questions about specific ingredients and preparation methods.

Willis said though having more gluten-free options on menus means restaurants can service more customers — both those who order something because it’s labeled gluten-free, and those who order it because it sounds good, regardless of food allergens or sensitivities — she said there is a challenge when it comes to those who’ve self-diagnosed as gluten-sensitive.

“A customer will say ‘I’m gluten-free,’ and great lengths will be taken [to prepare their food],” Willis said. “And at the last minute, the customer goes, ‘Oh, I’ll eat that chocolate chip cookie and deal with my tummy later.’ As chefs, we take this very seriously. Like someone can get hurt. No one really wants to lambast customers, but the sort of gluten-free moment-by-moment can be challenging.”