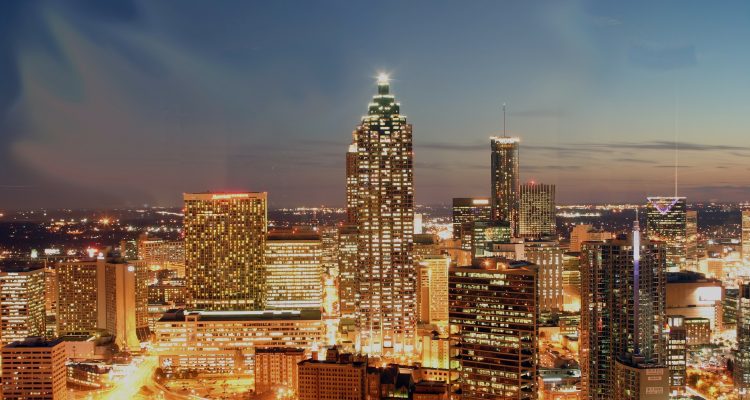 The shootings at three Atlanta-area spas and massage parlors on March 16 have left members of the LGBTQ Asian American and Pacific Islander community deeply shaken and angry.

A gunman killed eight people when he opened fire at Young’s Asian Massage in Acworth in suburban Cherokee County and at the Gold Massage and Aromatherapy Spas in Atlanta. Six of the victims were women of Asian descent.

Georgia state Rep. Sam Park, an openly gay man of Korean descent who represents suburban Gwinnett County in the Georgia House of Representatives, is among the local AAPI community leaders who met with President Biden and Vice President Harris on Friday in Atlanta. Park spoke with the Washington Blade a couple of hours before the meeting.

“It’s been tough,” said Park when asked about his reaction to the shootings. “As an elected representative, as someone who wants to serve and be a voice for the Asian American community, to stand and be with them during this difficult period of time, it’s challenging.”

Park also noted “the vast majority of Asian Americans who live in Georgia” live in Gwinnett County, which is northeast of Atlanta.

“There’s a lot of grief and outrage,” he said.

Andrea Marra, a transgender woman of Korean descent who is the executive director of the Transgender Legal Defense and Education Fund, described the shootings as “gut-wrenching” in a message she wrote on her Facebook page.

“I woke up to the news of six Asian women gunned down by a 21-year-old white man in Atlanta, said Marra. “And this only follows the growing coverage of hate violence targeting Asian women and elders nationwide.”

“Asian communities across the country are right now grappling with overwhelming amounts of grief, despair and outrage,” she added. “We are mourning for our dead, fearing for our lives, and finding ways to protect loved ones while attempting to organize against the rising and unchecked tides of anti-Asian violence. And all during an ongoing global pandemic that was used by Trump to further demonize Asian people.”

Asian and Pacific Islander Queers United for Action DC co-organized a vigil for the victims that took place on Wednesday in D.C.’s Chinatown.

AQUA DC Political Chair Nicholas L. Hatcher told the Blade the LGBTQ AAPI “community really needs time to mourn and grieve, not just for these women who did not ask for their deaths and their lives to be thrust into the national spotlight, but also for the many of us who are and know Asian American women and femmes who have experienced assault and violence.”

The shootings took place against the backdrop of an increase in violence against AAPI people. Activists in the LGBTQ AAPI community with whom the Blade spoke say former President Trump bears some responsibility because of the anti-AAPI rhetoric and slurs he used in his comments about the pandemic.

Sammie Ablaza Wills, executive director of APIENC, a San Francisco-based LGBTQ AAPI group, on Friday told the Blade that Trump “has continued a long-standing rhetoric of Asian American communities as perpetual foreigners, and as the harbingers of disease.”

“When the COVID pandemic hit, he capitalized upon an already standing narrative that has been baked into the DNA of the United States,” said Wills. “[He] has pushed it to a new degree in the modern age, saying things at the federal level, like the ‘China virus,’ or the ‘Kung flu,’ which only allows people’s minds to hook on to those ideas, and furthers the belief that Asian folks deserve to be targeted, deserve to be other eyes, and deserve to be attacked, because of some kind of washed out tired idea for who Asian people are and what they bring.”

Media reports indicate a spokesperson for the Cherokee County Sheriff’s Office, who said the shooter had a “really bad day” when he spoke at a Wednesday press conference with Atlanta Mayor Keisha Lance Bottoms and other local officials, previously sold t-shirts with anti-AAPI slogans about the coronavirus. CNN reported that Baker is no longer a spokesperson for the case.

It’s board of directors in a statement to the Blade said “our community has repeatedly been subjected to anti-Asian rhetoric and brutality towards our elderly.” The statement adds “recent events, including the premeditated murders in Atlanta, makes it evidently clear the refusal to recognize the atrocities for what they are — hate and racism.”

“These events perpetuate the model minority myth that anti-Asian racism isn’t real,” it reads. “We must make it plainly clear: the hate and violence on the API community must stop. Our community will be seen and heard.”

“What bothers me most about the shootings in Atlanta, the violent attacks on Asians, especially the elderly, and the insurrection at the Capitol is the silence and indifference of so many leaders, both elected and religious,” he told the Blade. “We cannot allow these acts to go unpunished and must hold these leaders accountable for their roles in sowing division.”

Wills said the shootings raise larger questions about the treatment of AAPI people in the U.S.

“There’s a few different things that come to mind, and some of it is deeply systemic,” they told the Blade.

“A question that comes to mind for me very, very, very easily is why was the massage parlor even open during a pandemic? Why did these folks have to work in the middle of a global crisis that necessitates people not touching? Why were they not cared for by society and the state more deeply, to the point at which they had to do this labor?” added Wills.

“I even think about … the kind of broader things about it, about how legacies of war and imperialism made it so that Asian women, Asian trans folks, Asian sex workers are overly fetishized and thought of as just bodies for pleasure and not humans, not full humans,” they told the Blade. “There’s things like that when it when I think of this as a preventable violence, I’m like, these folks should not have had to work in the ways that they had not had that, that they had to work and show up and earn money to live and survive. And these folks as humans should not have had to exist in the society in which they were dehumanized from so many different angles.”

A reporter during Wednesday’s press conference asked Bottoms whether the three spas “were places where somebody could have had sexual encounters.”

“We are not about to get into victim blaming, victim shaming here,” said Bottoms.

Authorities have not charged the shooter under Georgia’s hate crimes law, which took effect last summer. Park told the Blade he “would” categorize the shootings as a hate crime.

Wills said the shootings were “100 percent motivated by race and gender and hate, but was hesitant to describe them as a hate crime.

“The sheriff of the county is rushing to humanize the assailant, while people continue to dehumanize those of those who have been lost,” added Wills. “This is an act of racialized and gendered violence, fueled by hate and vitriolic belief.”