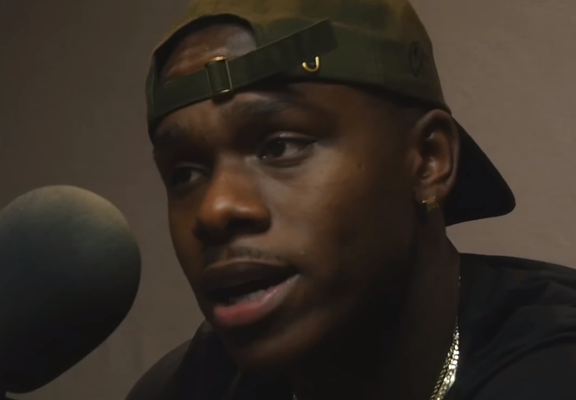 Rapper DaBaby has been dropped from this year’s Music Midtown lineup after receiving backlash for homophobic remarks.

While on stage at a recent music festival in Miami, Florida, the rapper asked attendees who weren’t gay men or people unaffected by HIV/AIDS to raise their cellphone flashlights, according to WSB-TV. He then incorrectly said HIV/AIDS would “make you die in two or three weeks.”

DaBaby was cut from the Lollapalooza lineup in Chicago before he released a post on Instagram apologizing to the LGBTQ community for his “hurtful and triggering” and “misinformed” comments on HIV/AIDS.

Despite the apology, Music Midtown tweeted on Tuesday (August 3) that DaBaby would no longer be performing at the two-day festival, held on September 18 and 19 at Piedmont Park. Music Midtown is expected to release an updated line-up with a replacement performer soon.

On Wednesday (August 4), a group of ten organizations and academic institutions working on HIV prevention and treatment – including GLAAD, the Black AIDS Institute, and Southern AIDS Coalition – released an open letter to the rapper in response to his remarks.

“[A]t a time when HIV continues to disproportionately impact Black Americans and queer and transgender people of color, a dialogue is critical,” the letter reads. “We must address the miseducation about HIV, expressed in your comments, and the impact it has on various communities. 2021 marks the 40th year of the HIV/AIDS epidemic and the greatest obstacles in our work to end HIV are the compounded stigmas attached to anti-Blackness, living with HIV, misogyny, and anti-LGBTQ attitudes and stereotypes, all of which are fueled by misinformation. It’s fear and stigma that keep people, particularly Black Americans, from accessing HIV prevention or care that White Americans have historically and continue to access more easily. We believe that you now have an opportunity to not just move past this unfortunate incident, but to use your platform and celebrity to heal not harm.”