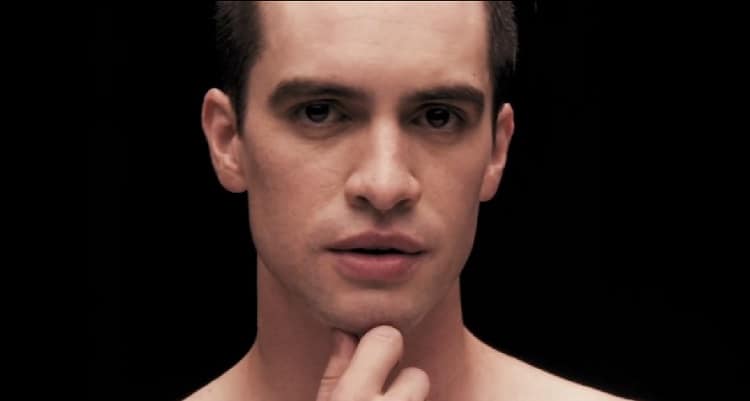 Panic! At the Disco made headlines after being targeted by the hateful and absurd Westboro Baptist Church when the church’s mem-bers rewrote one of the pop band’s songs, “I Write Sins Not Tragedies” to the uninspired “You Love Sin What A Tragedy.” The picket-perky church then showed up at the band’s performance last month in Kansas City. So Panic! At the Disco welcomed the extremists with open arms, promising to donate $20 to the Human Rights Campaign for every picketer that showed up. Only 13 picketers participated, and Panic! At the Disco decided it was only fair to make their donation an even $1,000 to HRC as well as donating five percent of merchandise sales.

Brendon Urie, 27, the man (and naked body) behind the much-discussed music video for his band’s single “Girls/Girls/Boys,” is a proud and open supporter of the LGBT community. He’s talked openly about his past homosexual experiences and believes people should embrace their full identities.

Panic! At the Disco, which began its existence as an emo act when the band members were still in their teens, has morphed into a more mature rock band, writing and performing hook-heavy and accessible pop songs for listeners of all ages. The songs on the band’s latest album, “Too Weird to Live, Too Rare to Die!” continue to display two of Panic! At the Disco’s strongest attributes: clever use of electronics, including keyboards and beats, and a distinct theatricality.

Shapiro: For the uninitiated few, Brendon, would you please say something about how the band came up with the name Panic! At the Disco?

Brendon Urie: [Laughs] Sure. We were 17 years old at the time and we were listening to The Smiths and this other band from Orange County called Name Taken, ironically enough. In a Name Taken song lyric, they actually say “panic at the disco,” which makes no sense. There’s really no connection or relevance to the song itself. So, it was either that or “burn down the disco” by The Smiths (from their song “Panic”). For whatever reason, we just thought Panic! At the Disco just sounded kind of cool [laughs].

Shapiro: In keeping with the “Disco” of the band’s name, the songs on ‘Too Weird to Live, Too Rare to Die!’ continue to incorporate synths and dance beats.

Brendon: I’m a huge fan of electronic music, dance music, disco, anything that gets me up and dancing, honestly. I’m a hell of a dancer [laughs]. I like to have a good time. For whatever reason, electronic music has pushed itself into the realm of dance now with EDM (electronic dance music). You just want to get up and move. That’s really what inspired this last album. I just wanted to make a record that touched on some honest topics lyrically, but musically I wanted to have a party record that I could dance do with my friends.

Brendon: It’s definitely been the case for as long as I can remember. I’ve always felt that way. A song, for me, is just an easier way to portray an  honest feeling; especially on this last  album. The way I wanted to attack  these goals that I set for myself;  I wanted to be more honest and  straightforward. For me, that  lyric, “Love is not a choice” is  true. I’ve never been able to ex plain better or clearer than in  that lyric right there. I honestly believe that you love whom you  love. It’s not a choice. Some  people say, “Being gay, being  straight, that’s a choice. You  choose to do it.” I beg to differ; I  don’t think that’s true. I love all  kinds of people. I just wanted  to celebrate that fact.

Brendon: There’s a lot of stuff you can expect, honestly [laughs]. This time around, for this tour, I wanted to make it a more energetic show. The energy has definitely changed over the years, but this time around, it’s a nonstop hour and a half. There are a couple of slower numbers in the set, but you almost don’t notice it until the end because you are probably so worn out at the end of it. I know I’m worn out from the workout [laughs]. I’m hoping the audience is worn out as well. It’s definitely a challenge to get through it. It’s great! I love it!

PANIC! AT THE DISCO