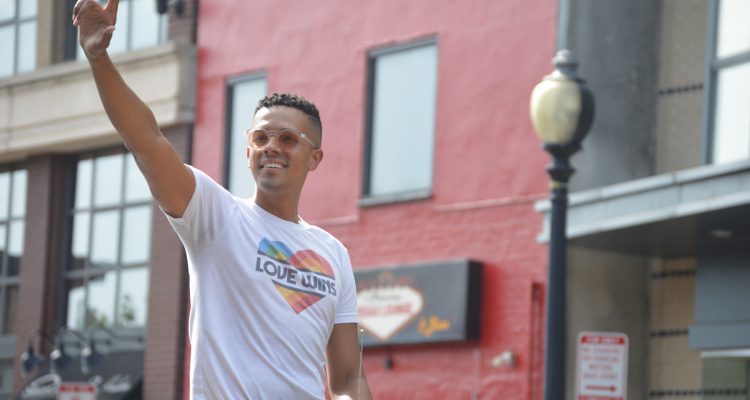 Brandon Wolf was a Grand Marshal at the 2019 Capital Pride Parade on June 8, 2019. (Washington Blade photo by Adam Hall)

Pulse Survivor ‘At a Loss’ Over Texas Elementary School Massacre

A survivor of the Pulse nightclub massacre on Wednesday said he is “at a loss” over the massacre at a Texas elementary school that left 21 people dead.

“Twenty-one people were murdered,” said Equality Florida Press Secretary Brandon Wolf in a statement he sent to the Washington Blade a day after a gunman killed 21 people inside Robb Elementary School in Uvalde, Texas. “Nineteen of them were children — babies. That means 19 families sent their elementary age kids off to school only to get the worst news: That their babies would be leaving class in body bags.”

Wolf was inside the Pulse nightclub in Orlando, Fla., on June 12, 2016, when a gunman opened fire and killed 49 people. His two close friends — Christopher “Drew” Leinonen and his fiancé, Juan Guerrero — were among those killed.

Wolf in his statement noted “right wing politicians have spent the past year insisting that the greatest threats our children face are the potential they’ll learn that this nation was built on the backs of enslaved Black people or that their teacher uses they/them pronouns.”

“They’ve banned books, censored curriculum and bastardized history lessons,” said Wolf. “All the while, they haven’t lifted a finger to protect kids from what is killing them.”

“I am heartbroken for the shattered families,” added Wolf. “Grief-stricken for these stolen lives. And enraged at the power-hungry leaders who have chosen time and again to serve up this country’s most vulnerable as sacrifices in exchange for a boost up the ladder of their own ambitions.”

Rodríguez told the Blade that Tuesday was “such a dad day for us here” in Orlando.

“It is like going through the same emotions we had when the attack at Pulse happened, but it’s even worse because we are talking about children,” he said. “When will our government stop thinking about money and stop this madness? Everyone now can obtain a gun anywhere. I just cannot comprehend that at all.”

The Pulse nightclub massacre was the deadliest mass shooting in modern U.S. history until a gunman on Oct. 1, 2017, killed 60 people at a concert in Las Vegas.

A gunman on Feb. 14, 2018, killed 17 people at Marjory Stoneman Douglas High School in Parkland, Fla. Twenty children and six adults died in the massacre at the Sandy Hook Elementary School massacre in Newtown, Conn., on Dec. 14, 2012.

The Robb Elementary School massacre took place less than three years after a gunman killed 22 people at a Walmart in El Paso, Texas.

“There are no words,” tweeted Pride Center San Antonio, which is roughly 90 minutes east of Robb Elementary School, on Wednesday.

“Our hearts are with the Uvalde community,” said Equality Texas on Tuesday. “Every child deserves to free safe at school.”