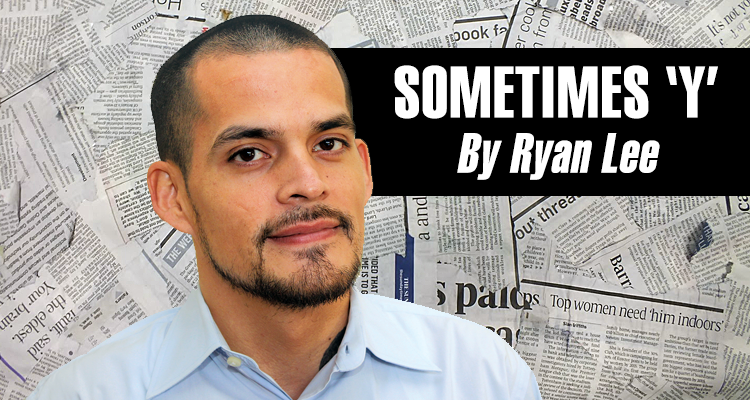 40 is the New 60 for Snapchat Chasers

My last boyfriend once predicted that my biggest fear would become my fate, and his forecast seemed all the more ominous because it felt accurate. Nothing since has re-routed me from that projected destiny, although beams of sun have melted much of the gloom.

As a 20-year-old college student visiting Atlanta on weekends, my nightlife options were limited to adult bookstores and an 18-and-up dance club called 708. I was young enough not to know what type of liquor I enjoyed, and when a friend asked what I wanted from the bar I said a Sex on the Beach so I wouldn’t look naïve.

I was just as clueless about what it meant to be gay, even though I had already come out to my mother and closest friends. I got the dick-sucking and booty-rubbing part, but at the turn of the millennium I still saw few examples of what came next, or what a gay future was supposed to look like.

Along the perimeter of 708’s dance floor were often men who appeared to be in their fifties or sixties (although they were probably like 37), ignored by everyone and everything except the part of my brain that stores dread. Their presence and solitude amid the crowd manifested stereotypes of homosexuals being lonely, desperate and doomed, and birthed my concern about becoming one of them.

Countless relationships (across orientations) are initiated and aided by the fear of growing old alone, and I was poor at disguising that as a motivating force in my romances. Sounding more clinical than angry, my boyfriend suggested it was pointless for me to pursue a relationship with anyone because, no matter how gravely I wanted otherwise, my character and behavior ensured I would be single for the rest of my life.

Upscale student housing now sits atop my first Atlanta nightclub, I’m on the eve of being twice as old as I was when I frequented there, and more than a decade has passed since someone called me his boyfriend. Sadly, I can still see the dance floor at 708 almost every day, with so many of my peers standing at its edges hoping for attention.

My generation is fond of lamenting ageism in gay culture, of pretending we are the first group of 40-year-olds that are invisible to twentysomethings and that we did not originate the online culture that tells older dudes to stay out of our inbox. The hopeless mantra, “40 is the new 60” is invoked anytime a young guy doesn’t want to go on a date or have sex with a middle-aged man.

Forty feels 40 as fuck to me—with security in my chaos, virility powered by naps and the wisdom to accept I don’t know a damn thing. Forty feels like Facebook or Twitter, and I’m not going to download Snapchat or TikTok and wonder why I don’t understand the memes.

Nor have I waited for anyone to make me and my memories worth living with during my golden years. Each of us has sovereignty over our happiness and satisfaction, and it is not the responsibility of young adults to teach us that.