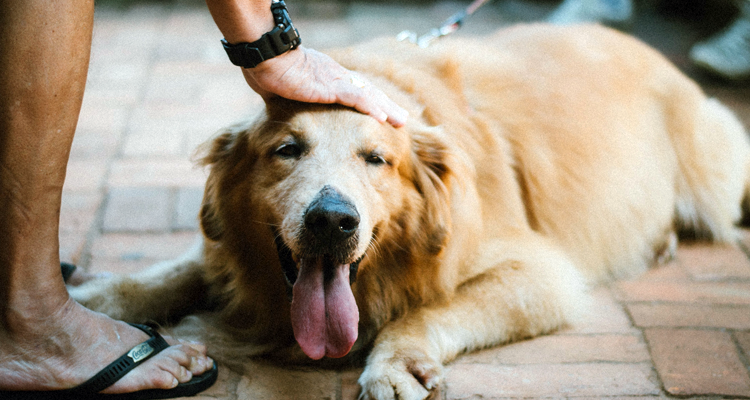 Hiroo Onoda was an intelligence officer in the Imperial Japanese Army during World War II. Stationed in the Philippines, he was ordered to do all he could to hamper enemy attack on the island, and under no circumstances was he to surrender or take his own life. Onoda took those orders to heart, refusing to surrender even after the war ended. He remained in hiding until 1974 when his former commanding officer, who had since become a bookseller, came to relieve him of duty. Onoda had remained loyal to his mission much longer than was necessary.

I was oddly reminded of this story by my elderly dog. GiGi is now around 14 years old and in failing health. A Golden/Terrier mix, GiGi has been a loyal companion since I adopted her a decade ago. Rejected by several families because of her epilepsy, I gave her the name Greta Garbo because she didn’t want to communicate and hid in the corner of the kitchen for days upon entering my home.

Over time, GiGi came out of her shell and allowed herself to accept the fact she was finally in a loving forever home. Despite her condition, she has been a healthy and happy dog, yet still she remains true to her name, since she hardly ever makes a noise.

In the past year or so, age has started to get the best of GiGi. Cataracts have nearly blinded her, her hearing is failing and her hind legs are losing their strength. It doesn’t matter how old you get or how many animals you have in your lifetime, watching one of your pets slip into the final stage of life is never an easy thing to see. But it’s a part of the decision to be with an animal, and my task as caretaker to an elderly woman is in full swing.

The reason GiGi reminds me of that aforementioned soldier is because she still attempts to be a loyal companion, even though she’s past the point of being able to do it effectively. Unable to hear where I go, GiGi will be standing shakily at the front door waiting for my return when I actually went upstairs. Or I’ll have gone downstairs to do the laundry, and my girl is standing at attention facing my closet door in the upstairs bedroom.

And those stairs are not easy for her to navigate. There are slips and falls, and even though I reassure her she doesn’t have to join me everywhere I go, GiGi won’t hear of falling behind in her service. We’re now at the point where I have to lift her onto the couch or bed, and at times I have to carry her all the way up the stairs so we can stay together.

The toughest part will be when I have to make the decision to officially relieve GiGi of her duty. When Onoda finally gave up, he was nearly 30 years older but remained in his uniform. I imagine GiGi the same way. Despite her charming desire to stay, she’ll be the old lady who needs to be told it’s time to lay down her sword and go home.