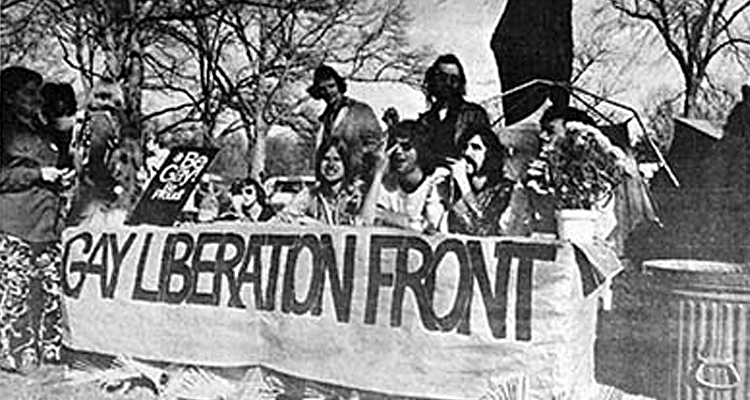 The title of this editorial is my new favorite saying from my Facebook friend Calisto Harvalias, gay man extraordinaire and community organizer.

It speaks to all of us who are LGBTQ. Those who have “imbecilic determination” to be activists are evoked, especially those who soldiered forth when Pride was unpopular.

Once I connected with a young man who exclaimed, “Wow, you’ve assisted every Atlanta Pride since 1972, when you were fighting for the right to have gay bars.” No, honey, I corrected him, we were fighting the gay bars!

In 1972, I sat at a Georgia Gay Liberation Front meeting and heard, when we leaflet the Cove and the Sweet Gum Head, we’re going to be thrown out. Their reactionary manager Frank Powell warned, “We don’t want any of that radical shit in our bars!”

This was problematic, as the Cove on Monroe Drive was the premiere after-hours gay club (the joke was you would leave the Cove and the sun would be coming up). The Sweet Gum Head on Cheshire Bridge was the creme de la creme show palace, renowned for Diamond Lil and her campy drag and for Rachel Wells (the still alive and well John Greenwell) and his cyclone glamour, so incandescent that Rachel was featured in Burt Reynolds’ “Sharky’s Machine.”

I thought, I’m not going to be thrown out of a gay bar. I already had battle scars from protesting multiple carding policies at gay bars in Washington, D.C., but then I was outside and the bar goons (rumored to be Mafia) couldn’t get to me.

A survival skill I recommend is this: run sheep run and live to fight another day. So, while picketing and dying in and sitting in for 50 years, I am both proud and ashamed to never have been arrested. That’s some kind of commentary on our much-beleaguered Bill of Rights, that you can agitate and still walk on home.

So, I volunteered for parking lot duty at the Cove. I can still see my beloved GGLF brother Kevin fly through the air as he was keelhauled through the Cove’s swinging saloon doors. He didn’t break any limbs, but for God’s sake, talk about overkill.

The silver lining (and there’s always one) is that once Pride passed boisterously but peacefully, the bars let us register voters on their premises.

Once again, our leaders had no choice but to lead. GGLF co-chair Bill Smith wanted badly to be in office, but the call to social justice was stronger, and he led us down Peachtree Street bellowing, “What do we want?” “Gay Rights!” “When do we want them?” “NOW!”

The next day he reported for his accountant’s job at City Hall, and no one would speak to him. All he did was fall out laughing about it.

Judy Lambert was co-chair along with Bill and resolved to stand for bisexual rights along with her husband Phil. Judy and Bill were profiled on a TV talk show, and she declared, “I want to replace affectation with an effective way of living.” Judy was grilled by other women for being part of the patriarchal Gay Liberation Front (when we assumed “gay” included all of us), but she would not be moved, and she was already in love with her bisexual husband anyway.

Charlie St. John was born with a cleft palate and labored all his 40 years to be understood. Charlie compensated by using his 6’2” height to maximum advantage, happy to intimidate whenever politic. In 1972, he secured a permit for the Pride March, unlike in 1971 when the permit was rejected, and when asked, “How closely will the marchers march together?” retorted, “Very closely!” Atlanta Mayor Sam Massell rewarded Charlie and the GGLF with Georgia’s first openly gay political appointment, to the Atlanta Community Relations Commission in early 1973.

Atlanta native Paul Dolan became legendary as his nom de la plume Severin and reveled in being nonbinary and gender nonconforming in a beard and mustache and swirling black and white evening gown. He and Atlanta musician Ricky Commins headlined many concerts and Severin parlayed his signature song, “I’m Tired of Straight Men Fucking Over Me!” into a popular anthem. In 1994, I went to the 25th anniversary of the Stonewall Exhibit at the Seagram Building in New York and was thrilled to see Severin in all his late glory as the first picture. Identified as an anonymous protestor, I ran up to the Seagram folks and said, “He’s not anonymous, that’s Severin!”

Finally, Steve Abbott toiled with his longtime friend Gus Kaufman, still an activist here, to make the media cover LGBTQ rights and freedoms, most notably as writers for the Great Speckled Bird, one of the foremost alternative newspapers in the country. In 1971, Steve penned a cartoon for The Bird extolling Atlanta and Georgia’s very first Pride March and inviting all to come no matter their orientation. Later, I learned that Steve was married with a baby girl, Alysia, and could easily live on the down low. But he was LGBTQ editor of The Bird, and that was that.

The greatest grace note is that Alysia published a best-selling memoir, “Fairyland,” about her life with Steve as an openly gay father who passed from complications of AIDS. Oscar-winning director Sofia Coppola optioned her book, and it has just completed shooting as a major motion picture, with Oscar winner Geena Davis and “American Idol” finalist Adam Lambert in the cast.

Dave Hayward is coordinator of Touching Up Our Roots, Georgia’s LGBTQ Story Project.