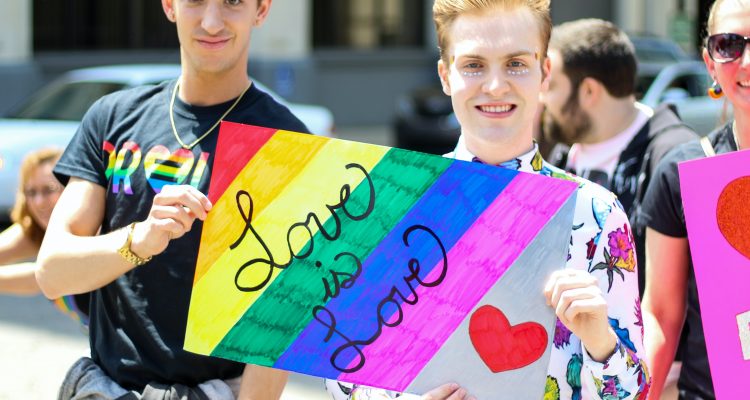 Creep of the Week: Homophobia and Transphobia

Congratulations to Gavin Grimm. If you don’t know that name, you should, especially if you give a damn about transgender rights and the attack on trans kids in this country.

Grimm sued his Virginia school district because he wasn’t allowed to use the boys’ restroom. The U.S. Court of Appeals for the 4th Circuit ruled in Grimm’s favor. The Supreme Court declined to hear the case, which means that the 4th Circuit court’s ruling stands.

According to The Washington Post, both Justice Clarence Thomas and Justice Samuel A. Alito Jr. said they would have taken the case. Seeing as they are two of the most conservative justices on the bench, and considering that the Supreme Court has a conservative majority, it is likely that things would not have gone Grimm’s way.

So while this turn of events is a relief in many ways, it’s only a partial victory. The 4th Circuit doesn’t cover the whole country, so there are plenty of places insisting that kids can only use the restroom that matches their assigned sex at birth.

And then there’s the fact that Gavin Grimm was a high school student when his case began. A kid. A kid who never should have had to fight this fight. A kid who became a very public face of transgender rights during a particularly hostile time in this country. The most intimate details of Grimm’s life and body have been the subject of a national debate. That is insane. And it’s wrong.

Elsewhere in the world, police in Turkey are violently shutting down a Pride march in Istanbul. The event had been banned and the reason given was COVID-19, according to the BBC. That’s a good reason to ban a large gathering. But the BBC also reports that Pride has been banned in Istanbul since 2015. So this year’s ban was probably not a simple public health measure.

Homosexuality isn’t illegal in Turkey, but according to the Al-Monitor, Pride events have been banned “amid an escalating campaign to criminalize Turkey’s remarkably resilient gay community.”

Meanwhile, the Hungarian parliament banned any discussion of LGBTQ+ issues in schools.

Al Jazeera reports that those under the age of 18 “cannot be shown any content that encourages gender change or homosexuality. This also applies to advertisements.” According to ABC News, “The law is ostensibly designed to crack down on pedophilia, but critics argue amendments to it make a dangerous link between homosexuality and the abuse of minors.”

Hmm, where have I heard that before? Oh, I know. Right here in the United States.

By U.S. lawmakers who say we need to dehumanize trans people in order to protect women and children from sexual predators. As if all trans people fall into this category.

It’s likely no surprise to hear that Hungary is not a great place when it comes to LGBTQ rights. Long before Hungary banned LGBTQ+ discussions in school, the country had outlawed marriage equality and limited adoptions only to heterosexuals. So, it’s tempting for many to point to places like Turkey and Hungary and say, “See? Things in the U.S. aren’t so bad. Quit yer complaining.”

In fact, this was the reasoning the Log Cabin Republicans used to endorse Donald Trump.

But what is more evident than ever in the U.S. is that we aren’t actually much different from places where homosexuality is criminalized and punished. One of our two major parties is extremely hostile toward LGBTQ people and has only become more hostile as the country as a whole has become more accepting.

Republicans see what’s happening in Turkey and Hungary as progress.

This, of course, should surprise no one. Republicans are an extremist party, not a governing party. They haven’t been interested in governing for a long time, but they lost all credibility after the Jan. 6 insurrection, which they encouraged and now act like was no big deal.

And they still worship at the altar of Trump. Not in my lifetime have we ever had a president so utterly incompetent, corrupt, and anti-democracy. They’re still claiming that Trump, the most unpopular president in ages, actually won the election and will somehow be magically reinstated.

It’s lunatic thinking. But these are the same people who see Gavin Grimm, Black Lives Matter and people being allowed to vote as the real threats to the United States.

So, no. I don’t look at other countries where LGBTQ people have it worse and think the U.S. is doing great by comparison.

A lot has happened in my lifetime in the realm of LGBTQ rights. We’ve made some truly amazing gains. The fact that I have a legal marriage certificate is one of them.

But we have so much further to go.

And not only am I not dead yet, but there are also many more young people like Gavin Grimm who will keep pressing forward.