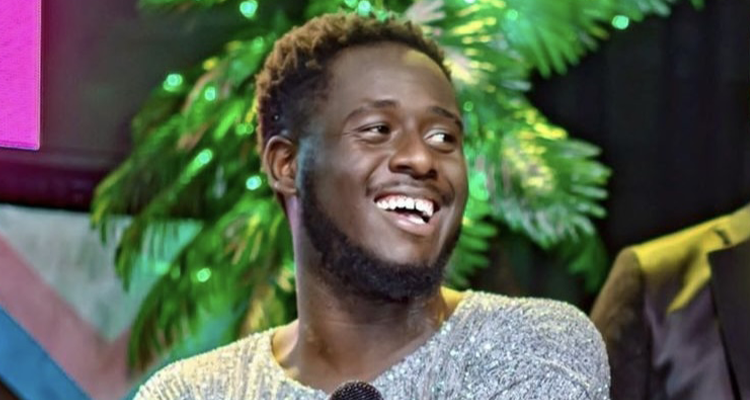 Being Black and queer (as I identify as both gay and nonbinary) has proven not to be complicated, but beautiful in the way it has led me to explore the queer-focused world I live in. Whether it’s a circuit party or voicing my opinion on my podcast, The Gayly Dose, those things that define me (my race, sexuality, and gender identity) shape the way I choose to express myself. In that expression lies a spectrum of esteem that has either pushed me to a space of complete pride or caused me to cloak certain facets of my identity that may make the environment I am in feel precarious. I think the latter is what makes Pride so important.

Seeing people in spaces that Pride has provided has been pivotal in my accepting different parts of what makes me unique as not only valid, but important. Being Black has always been that thing that has provided a setback for any advancement. Regardless of the acceptance of my gender or sexuality, and those of others like me, to exist in spaces where my Blackness is also poignant can still feel disuniting in certain ways. Just when you think you have found a new home or a group of people that identify in similar ways to you, being Black can push you to an outer ring of singularity. Even if unintentional, it has the same effect on the individual as if it were intentional. We continue to make strides in understanding people’s identities and sexualities, but seem to continue to lack the understanding of what Black is and what makes Black culture unique without the ostracization.

In spaces where I have “slipped” and used AAE (African American English), people gaze in either amazement, confusion, or disgust; whereas a non-Black counterpart may do the same thing and it be seen as normal and nothing to flinch at. Beyond that, expression of music in traditional rap, hip-hop, or R&B can be seen as uncomfortably “urban” by people in accepting spaces if explored by Black people like myself; whereas someone who isn’t Black is deemed as “cultured” when exploring these forms of art. If we are going to be honest in our pursuit of Black Pride, we need to show an unfaltering support of all things related to Black culture and the Black experience.

In writing this piece about Black Pride, I didn’t want it to be another article or essay about celebrating Black, queer people. I wanted it to highlight how difficult it can be to explore a queer lifestyle as a Black person. This short piece doesn’t even begin to scratch the surface of what it really feels like to live in this intersection day in and day out, but I hope it has provided a more honest view.

Dante Rhodes is a founding chief host and lifestyle expert of The Gayly Dose, an Atlanta-based podcast hosted by an all-queer cast. Premiering Season 3 this fall, the podcast is unique in its mission and follow-on format with weekly episodes known for their real conversations — featuring real live guests — about things that matter to the community and its listeners. Purposefully candid and brutally honest, the cast speaks on a range of topics, including monogamy, body issues, coming out, dating apps, gender norms, transgender rights, and growing up gay in the church. Listen at thegaylydose.com.