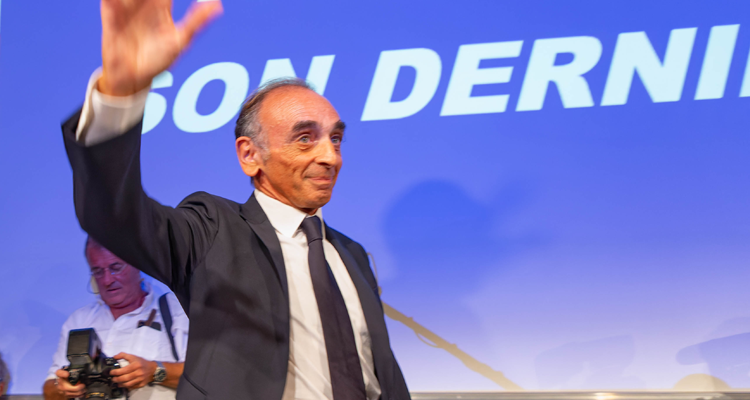 France is gearing up for its presidential election that takes place next spring. Unlike in the United States, the voting has two rounds. The first round is open to all eligible candidates, for which the biggest hurdle is getting the signatures of 500 mayors who will publicly support the candidate. For most political parties — and there are plenty of parties — once they designate who their candidate is, they can then turn to their bench of elected officials across the country and gather the required signatures from the more than approximately 34,000 mayors in France easily. The top two finishers from the first round of voting then face off for the final round two weeks later.

The current president, Emmanuel Macron, ran as an independent in 2017 and created his own political movement that is now a political party. His “La République En Marche” (LREM, which roughly translates as “The Republic Works” implying that things are moving forward) is a fusion of dissatisfied former members of the Socialist Party from the center-left and former members of the conservative Republicans on the center-right. When he emerged as a contender in 2017, his predecessor was Socialist François Hollande who was polling at about three to five percent (and he was Macron’s former boss; Macron had been the Minister of the Economy under Hollande). Hollande was so unpopular that the Socialist Party essentially collapsed and today it attracts only about five to eight percent of voters with its new candidate, Paris mayor Anne Hidalgo.

Macron today polls between 23 and 26 percent, which puts him in first place for the first round. For many people who are more liberal and progressive, such as myself, Macron is viewed as someone who is unapologetically “neo-liberal” and capitalist, which are generally not compliments in France. Outside of Paris, in what is called “la France profonde” where the country’s heartland is found, the French are pretty conservative. They tend to vote based on economic issues, support a strong French cultural identity. They are antiimmigrant, and pro-law and order. In short, they are in many ways similar to America’s Republican voters.

The past two presidential elections (2012 and 2017) had Marine Le Pen run as the candidate for her extremist right-wing “Front National” Party. She was able to make it as one of the two finalists in 2017, but lost with 33 percent of the vote (better than her more polarizing father did in 2002 when he got just 17 percent as a surprise finalist against Jacques Chirac). Since her loss in 2017, she has rebranded her party. It is now called the “Rassemblement National” (RN), which harkens back to the old Gaullist party of Charles De Gaulle that used “Rassemblement” as the name of their party for almost 20 years. She has toned down the xenophobia and conspiracy theories of her party and has largely successfully mainstreamed it and her own persona so that leading up to next year’s election she was almost certainly guaranteed to be the finalist again in round two facing off yet again against Macron.

But the real surprise since the end of summer vacation has been the sudden rise of a new player this election cycle.

Eric Zemmour is not a handsome figure. I’m sure many “The Simpsons” fans have noticed an uncanny resemblance between Zemmour and the decrepit tycoon, Mr. Burns. He has been a long-time polemicist, writing books and newspaper articles for the right-wing Le Figaro and appearing as a regular commentator on France’s equivalent of Fox News (called CNews). Zemmour was born in a working class neighborhood outside Paris to a family of Jewish Algerian immigrants. Despite his origin story, however, he is now the poster child for the reactionary conservatives in France who are antiimmigrant and, by implication, anti-Muslim, and viewed by many on the political right as a more electable candidate than Marine Le Pen.

With Zemmour now viewed as “fresh” and “exciting” by the roughly one-third of the country who is culturally and politically conservative, he has moved past Le Pen as the new number two to face off against Macron next spring.

Zemmour has a media-savvy team built around him and they are currently busy garnering those precious mayor signatures required to appear on the ballot for the first round. The fact that many are calling him “France’s Trump” is a worrying sign for the future of the country.