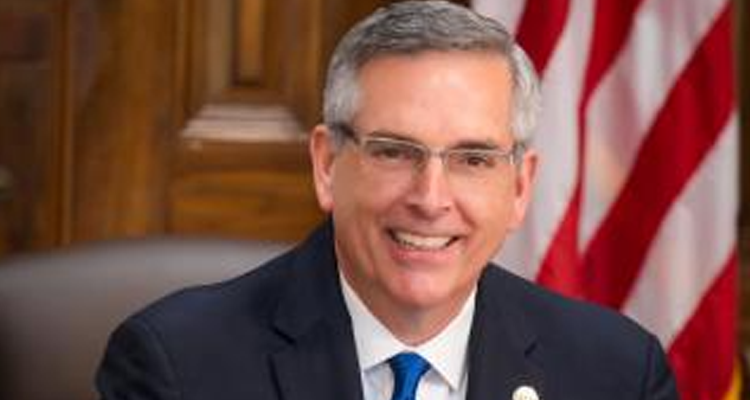 My Queer Vote for a Conservative

Older folks love to lament the supposed extinction of civics education and how ignorant that has made today’s youth, but then every couple of years we hold elections to prove that many adults can be as dumb as middle schoolers when it comes to government. We start by reducing every race, candidate, and policy to, “Our side good, their side bad,” and focus on politically irrelevant issues like whether a candidate for the commission that regulates utilities supports critical race theory, or if the state school superintendent is against abortion.

The aged — those who claim to have been blessed with in-depth instruction about American democracy and our constitutional order — are also overrepresented among those predicting or hoping for a second civil war. Either bygone civics lessons included insurrection in our system’s checks and balances, or, more likely, the closer someone gets to their personal end, the more they are convinced the entire country and world are deteriorating, too.

Part of being a model citizen in these bitterly polarized times is being a good team player, and voters of every age and affiliation have accepted that failing to vote straight-ticket will ensure a disastrous fate for themselves, their people and Earth itself. Which is why, as a gay liberal, I’m somewhat hesitant to admit the candidate I am most excited to vote for in November is a Republican.

Georgia Secretary of State Brad Raffensperger holds views on any number of issues that I find objectionable, and a second statewide election victory might position the Republican for higher office where our differences become more consequential. However, when it comes to secretary-of-stating, Raffensperger’s performance during his first term deserves rewarding.

I was initially impressed by Raffensperger during the summer of 2020 when he launched an aggressive marketing campaign informing Georgians about alternatives to in-person voting, and bluntly refuted the emerging conservative narrative that Democrats were planning a coup by mail. He maintained his administrative certitude a few months later when Trumpists claimed Georgia’s election results were fraudulent, and it is terrifying to imagine where our nation would be without Raffensperger’s integrity and resolve.

Several of my fellow progressives insist Raffensperger was simply doing his job and therefore warrants no acclaim, without acknowledging how many Republicans were willing to replace their official duties with Trump’s dirty work. It would have been so easy for Raffensperger to join them in the Big Lie, but he defended Georgia voters at great risk to his political future and his family’s safety.

He did his job well enough for me to believe he should be rehired, and frankly, I haven’t even checked to see who else is applying for the position. This vote might mark me as a tainted liberal, but I consider it a good-faith endorsement of democracy over civil warfare. We must end zero-sum politics — where any victory by one side signals the eradication of their opponents — if we are to retreat from the brink of national conflict.

In Georgia’s other two big races, I expect Governor Brian Kemp to defeat Democrat Stacey Abrams for reelection and am cautiously hopeful Sen. Raphael Warnock will be reelected over Republican Herschel Walker. The media will likely portray such a split outcome in chaotic terms, but it will at least indicate some Georgia voters do not universally consider the letters “D” and “R” to be synonyms for good and evil.