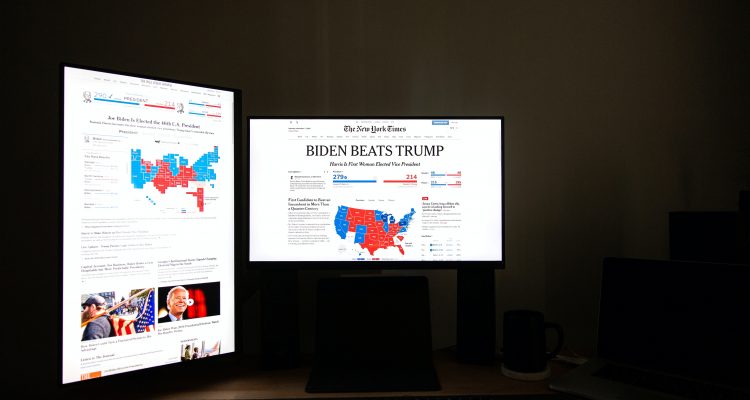 Self-Censorship and the Veneer of LGBTQ Acceptance

One of my favorite moments of political dissent was being detained by a police officer after ignoring his demand to stop shouting toward the presidential motorcade, “Fuck Donald Trump!” My catharsis was worth the handcuffs, and I can only imagine how much less satisfying the memory would be if I had instead chanted something as neutered as, “Let’s go, Brandon!”

Tough-guy conservatism has reverted to teenaged, coded taunting, where cheering for Brandon is understood as a profane insult toward our current president. I don’t know if this substitution of language is intended to seem clever or classy or simply sates the conservative instinct to communicate in dog whistles.

Whatever its etymology, “Let’s go, Brandon!” — which is conservative code for “Fuck Joe Biden” — is cowardly self-censorship among a group of people who endlessly whine about being unable to speak honestly. Supposedly champions of free speech, conservatives are so spooked by the politically correct boogeyman of their imaginations that they’ve preemptively canceled their constitutional right to cuss out politicians.

White Republicans are not the only folks who have convinced themselves they can’t express what’s truly on their mind. Dave Chappelle has made millions of dollars with a series of stand-up lectures about the persecution he has endured due to his discomfort with LGBTQ advancement, and even though there are few jokes in his routines, his act allows viewers to rationalize their hostility to LGBTQ rights through the pretext of humor.

Chappelle could shoot a transgender person on Fifth Avenue and Netflix wouldn’t lose a subscriber. He is destined to be enshrined beside history’s bravest stand-up comics, despite every working comedian having their own version of the rage-against-cancel-culture shtick that has elevated his legacy.

Chapelle’s latest Netflix special was cited in a meme that went viral after Jon Gruden resigned as head coach of the Las Vegas Raiders. Leaked emails revealed that Gruden freely used racist and misogynist language, but his departure after homophobic slurs came to light seemed to prove Chappelle was right: homos hop the line, and their rights receive priority protection.

The meme suggests Gruden was fired because homophobia has become a death sentence, nevermind that he voluntarily resigned or the dearth of sports figures who have been terminated after expressing anti-LGBTQ sentiments. NBA analyst Chris Broussard and former Atlanta Braves pitcher John Smoltz both tried to pretend it was perilous for Christians to voice religious objections to LGBTQ rights; but since their respective, spiritually vulgar condemnations of same-sex marriage, Broussard has risen from a beat reporter to hosting the morning show on Fox Sports, and Smoltz provided color commentary for this year’s World Series.

There is no more profitable punishment than being canceled. There is also no doubt that LGBTQ court victories, as well as increased representation in Hollywood and corporate marketing, have outpaced the evolution of a society that for centuries believed God hated gay people.

So, it cannot be surprising that, as illustrated by the Gruden episode and Chappelle’s meditative rants, even minorities and progressives would rather pledge solidarity with conservatives who feel muzzled by cultural changes than unify against bigotry with LGBTQ folks. There has undoubtedly been a cacophony of LGBTQ support and acceptance over the last decade, but many of the people who we thought were cheering for us were actually chanting an anti-queer equivalent of “Let’s go, Brandon!”