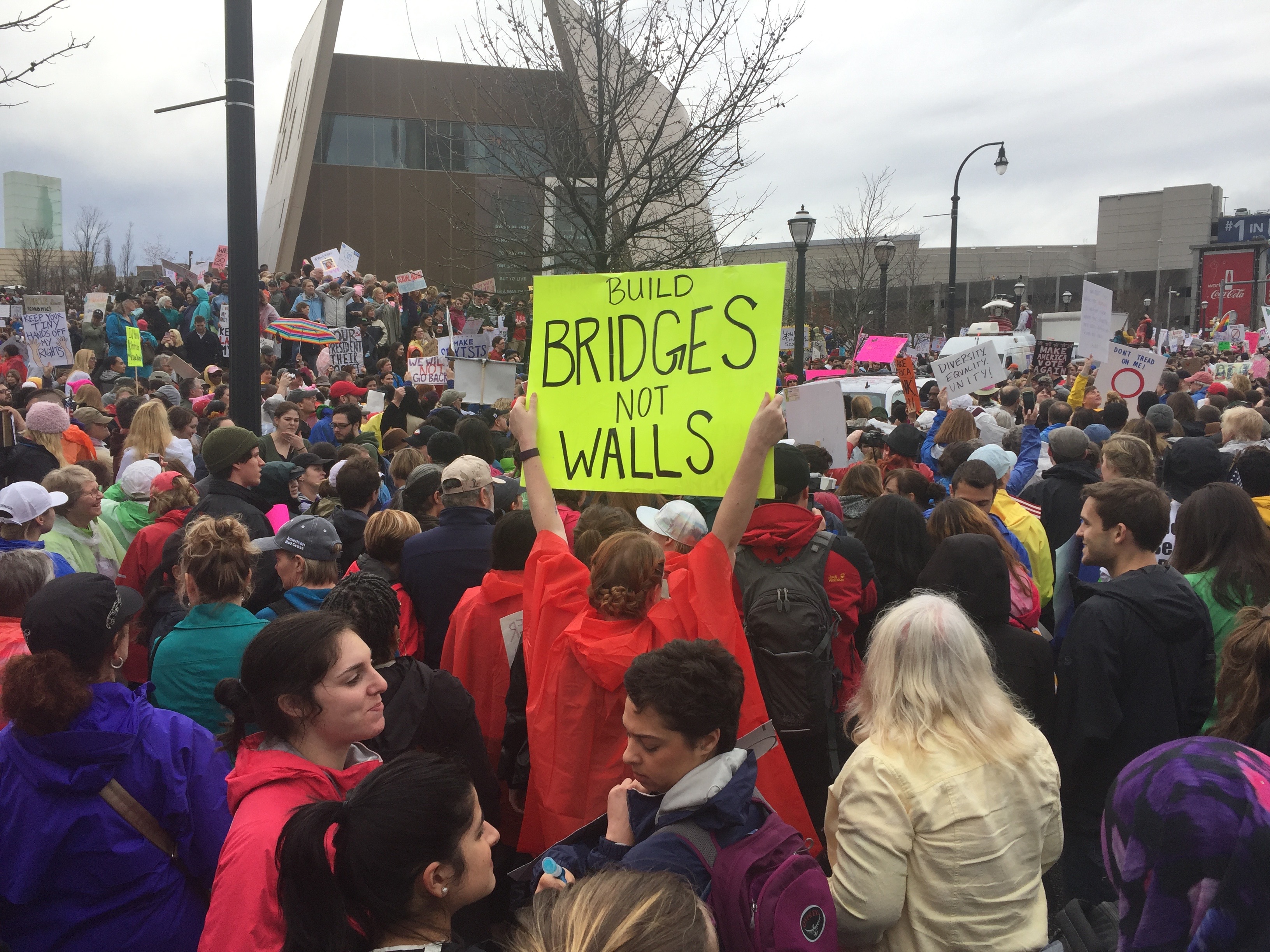 If you’re reading this, congratulations! You’ve survived the rollercoaster that was 2018. As we get started on a new year, we reflect on the past and improving our future. These improvements tend to focus on health, academics, careers, and relationships, but seldom do people consider political activism when they think of a resolution. It indeed is relevant in today’s political climate when talks of a border wall fill the airwaves, and a diverse group of politicians enters their first terms in office.

For alt-left people, it’s exhausting to feel like you’re fighting for justice all the time. It’s always been a struggle, but under the reign of Donald Trump, it often feels like we take one step forward and two steps back. Before he was elected, many thought the probability of his “reign” was slim to none. That outlook quickly changed on election night in 2016.

But the fight for inequality began long before Trump took office or even thought about running for president. You might be wondering what “woke” means, as I use it in my title. It’s a slang term that originated in the African-American community and gained traction on social media when the Black Lives Matter movement started to make headlines. To put it simply, being “woke” means being aware of social injustices. So many minorities, African-American, Muslim, Latino, LGBTQ, Immigrant and Women individuals, thrive on keeping politicians accountable because for so long their lives were demeaned and controlled by privileged white men eager for more power and more money.

It can make one feel resigned and hopeless, especially for those whose loved ones have opposing values. But as many always say, if you want change, make it. After interviewing local political activists, Alyssa Horace and Spencer Bivins, I came up with a list of tips on how to stay politically active or “woke” in 2019.

However, for left-leaning activists, being “woke” and being active in the fight for justice more often than not go hand-in-hand. For the people on the left, it’s important to be both especially in 2019.

It’s important to keep reading and learning about what’s going on in the world with an open, curious mind. Don’t just focus on your go-to news source. Flip channels and see what the opposition is saying. Already in 2019, news outlets like FOX News are starting to keep the Trump Administration accountable. Fox News Anchor Chris Wallace’s heated interview with Press Secretary, Sarah Huckabee-Sanders, made headlines for all of the right reasons.

In the interview, Huckabee-Sanders commented, “We know that roughly nearly 4,000 known or suspected terrorists come into our country illegally, and we know that our most vulnerable point of entry is at our southern border.” Wallace went on the offense, interrupting her with facts. “Wait wait, ’cause I know the statistic,” he said. “I didn’t know if you were going to use it, but I studied up on this. Do you know where those 4,000 people come or where they’re captured? Airports.”

The exchange on live television concluded that times are changing throughout all media outlets, conservative and liberal. “The biggest thing is to allow your mind to learn new things,” Spencer Bivins states. “Not every problem is black and white, and some problems aren’t as complex as they seem.” It’s what certain news outlets tend to focus on though, creating problems that don’t seem to really exist. Those watching that Fox News broadcast that night, learned something new even though they might not want to admit it. It’s given everyday citizens a chance to begin asking questions, regardless of their political affiliations. Is what I’m watching, accurate? Is there another side to the story? If you are only willing to see things your way, it starts to feel like you’re in a battle against the rest of the world.

In a city like Atlanta, there’s at least one person out there that shares your similar political beliefs. Search that person or group of people out. It feels isolating when no one in your life shares the same passion for social justice as you, so it’s imperative to seek out people in your community.

Statistics show the most politically active states are the District of Columbia, Maine, and Utah. Where did Georgia fall on the list? Number 38. In 2017, 15 – 24-year-old women were more politically active across the United States than their counterparts. 22 percent of those women attended rallies or protests compared to only 18 percent of men. 37 percent volunteered for a group or organization they were passionate about, whereas only 30 percent of men took the initiative to get involved. Overall though, political activism among our youth continues to grow monthly. The list of clubs and organizations that address and discuss social issues is endless, giving you the opportunity to befriend people with similar political interests and of similar age groups. All you have to do is look for an organization that suits you.

Politics can be overwhelming, so know when to take a break from it all. Staying politically active and aware of what’s going on in the world is important, but watching the news and protesting endlessly will drive you crazy. Take a step back and observe it all. It’s ok to relieve the emotional strain that comes with dodging political ads on TV or social media accounts that share inaccurate information.

Finally, don’t stop protesting. It can feel hopeless, but you’re fighting for something you believe in. In the end, it will pay off.