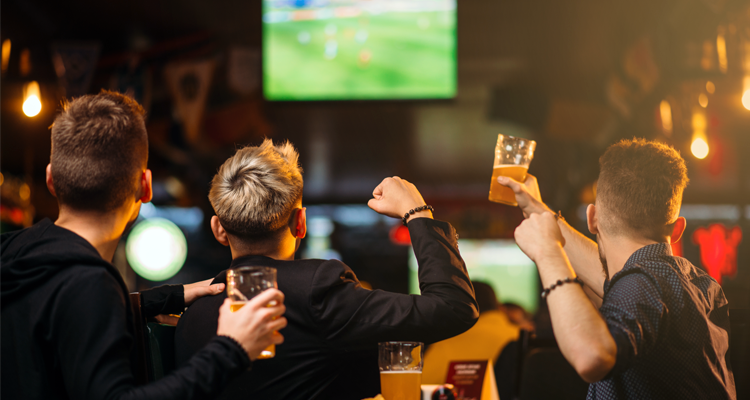 The Spirituality of Friday Night Lights

It is that time of year again; when the air becomes crisp in the evening, and the panoply of crape myrtle, elm, and dogwood trees begin peacocking their autumn colors. For those of us who grew up in the South, particularly in small towns, this is the season of high school and college football. I recently wrote in the Georgia Voice about a bit of nostalgia that the fall conjures for me, the former weekly radio show called “Leonard’s Losers.” His unique blend of humor and diagnostic predictions for the upcoming weekend was quintessentially Southern, which is to say that such a concept certainly doesn’t exist here in France. Not only is there no AM radio, but the French don’t have high school or university level athletic teams. Perhaps more importantly, that type of homespun, corny humor just isn’t appreciated here (I’ve tried, and my attempts are always met with a glazed look of bafflement tinged with judgment).

Which isn’t to say that small French towns and cities don’t have active sports teams they promote — they do. Minor league sporting “clubs” flourish at the local level, particularly for football (soccer in the U.S.). The locals will support their village or town club, with usually a specific bar or brewery being the primary financial benefactor for the club. Most professional players start out at this level while still in high school, playing competitively until a larger city club signs them. When the big time matches are televised the entire town will congregate around the local pubs where the games are broadcast, with the screens turned toward the crowds on the street seated at tables. Standing behind them, an even greater throng watches in silence as the game progresses with the occasional communal cheer or groan.

Recently, I listened to a podcast on which the biologist Rupert Sheldrake was interviewed. His research into what makes humans happy discovered that key to our psyche is the fundamental need for spirituality. Before you roll your eyes (like I did), he defines spirituality as a communal act that brings intense focus on the now, that blocks out all of our other fears and concerns to conjure moments of blissful transcendental concentration. He goes on to mention that for our postmodern age, sport is one of the purest spiritual acts that we practice.

Whereas in the past we might have gone as a community to the local parish church each Sunday and participated in singing hymns and partaking in the Eucharist, today that has been replaced by supporting your local sport team. The collective exhilaration and sense of belonging brings the same kind of general happiness that is essential for fundamental well-being.

This is the same reason why we as gay men congregate at our favorite gay bar; to find that sense of community through a shared culture of music, dancing together, and drag queen-induced laughter. It is a spiritual exercise at its core. Once we enter through those doors, all the cares from the outside magically disappear and we are transported into an altered reality no less powerful than what our ancestors experienced at church on Sundays.

Whether you define your Friday night lights by driving over to your local high school football stadium, donning your team’s paraphernalia, and cheering on the team as they battle it out with their competitor; or by sipping cocktails under a disco ball while laughing along with friends at your favorite neighborhood bar; you are being spiritual and nurturing that innate genetic need we as social animals crave in finding happiness.

Even though I already know that this year’s Carolina Gamecocks are going to disappoint on the gridiron, if I were to share in a tailgate with friends over a Bojangles chicken and dirty rice and then sit in the stands at Williams-Brice Stadium, at the end of the day I would have found profound joy from having cheered, yelled, clapped and inevitably groaned. Hopefully your weekend will bring you a few moments of sublime spirituality as well.