Travel: Hit the road for big LGBT events this summer

Ready to get out of town?

Whether you prefer beach or mountains, cruising or camping, check out these big LGBT events to get you on the road this summer.

From Memorial Day Weekend in Pensacola to Gay Days in Orlando, Florida offers plenty of options this summer for LGBT vacationers

On Sunday Nov 14th,  Heather Carruthers, owner of Pearl’s Rainbow resort in Key West announced in an email -"The times, they are a-changin'."

Citing LGBT community progress, changing times and more men and women traveling together, Key West’s Lesbian resort icon Pearl's Rainbow changed its mission and now embraces ALL travelers.  Their web site shows photos of each possible couple configuration.  The economics of today are causing shifts in our LGBT community. It is happening locally and nationally. No longer is it financially wise, and to some extent, politically correct, to cater to only one segment of our family.

Like many places in Key West, there’s a legend that “Hemingway slept here” when Pearl’s was a boarding house. It was a guesthouse for women beginning in 1989, and became Pearl’s Rainbow in 2000.  For 25 years Pearl’s solidified its reputation as one of the mere handful of US resorts catering to lesbian travelers. It was where you went if you wanted to be around all lesbians.

Spending the Fourth of July weekend at my parents' retirement community has me reflecting on what my retirement will look like. Whether at their Florida retirement community or the North Carolina one (they change residences based on the temperature), I always find myself walking their neighborhoods looking at the different style houses and picking out the one I would get if I was in retirement. Of course, it is always something different from my parents’ house.

At Atlanta Pride every year, there are always a few queer retirement communities looking for prospective retirees to buy into their communities. I always thought it was cool for those retiring sometime soon, but I really thought it wouldn’t be needed by the time I retire. I am fairly optimistic about our future and had thought we would be far enough along the road to equality and acceptance that my wife and I would live in an integrated community of straights and queers.

After the beaches, enjoy a packed schedule of nightlife events for both the boys and the girls.

Destination Gay: The hottest places to be this summer 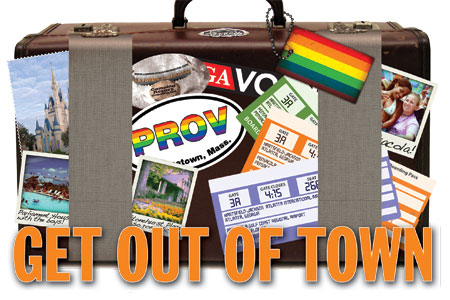 Florida or bust: Memorial Day in Pensacola and Miami, Gay Days at Disney

The Georgia Voice Editors
Uncategorized
May 6, 2010 0

“We’ll have a better idea at the end of this week, and next week, of what we are looking at”