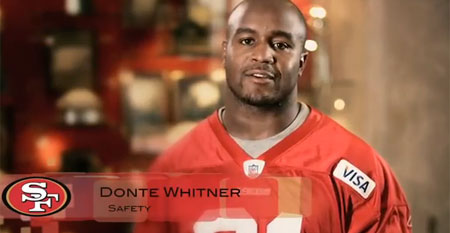 The San Francisco 49ers have released the first-ever “It Gets Better” video by a NFL team over the weekend. A handful of the team's players are featured, including defensive tackles Ricky Jean Francois and Isaac Sopoaga and safety Donte Whitner.

The video was the response to a petition started by San Francisco-native Sean Chapin.

Chapin also started a successful petition calling on Major League Baseball's Giants to release their own “It Gets Better” video in 2011.