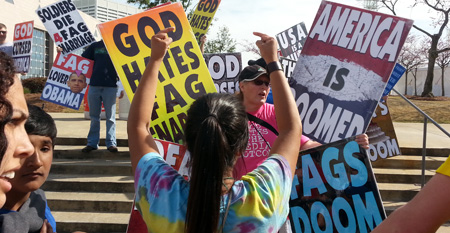 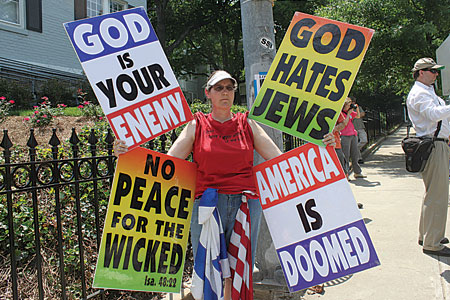 Westboro Baptist Church, infamous for its “God Hates Fags” protests, will return to Atlanta in April for a series of protests, including plans to picket outside of the Georgia Dome for the NCAA's “Final Four” college basketball championship.

The NCAA basketball championship tournament protest is slated for April 6. WBC will also protest outside of World Changers Church International in Atlanta, Beulah Missionary Baptist Church in Decatur, and Basilica of The Sacred Heart of Jesus in Atlanta on April 7, according to its website.

Check out the protest schedule (and the church's usual convoluted reasoning) from the WBC website: