Home
out on film 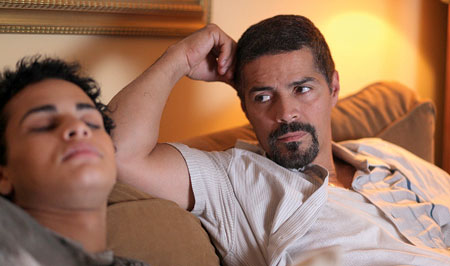 Out on Film is over but LGBT films abound in theaters this month. This week “Love Crime” opens at the Landmark Midtown Art Cinemas and “We Were Here” at the Plaza. Next week sees the openings of “Gun Hill Road,” “Dirty Girl” and “3,” and Oct. 28 brings “Toast.”

“Love Crime” opens with Christine (Kristin Scott Thomas) being flirtatious with her assistant, Isabelle (Ludivine Sagnier, awesome!), giving her wine and gifts. Neither woman is exclusively lesbian because both sleep with men — the same man (Patrick Mille as Philippe) in one instance, though not at the same time. Isabelle even asks Philippe what Christine’s like in bed.

Things turn deadly, but you’re better off not knowing what to expect. Just let the story unfold deliciously, because you’re in the capable hands of the late Alain Corneau, channeling Alfred Hitchcock.

GA Voice night at Out on Film

Something for everyone at 24th annual Out on Film fest 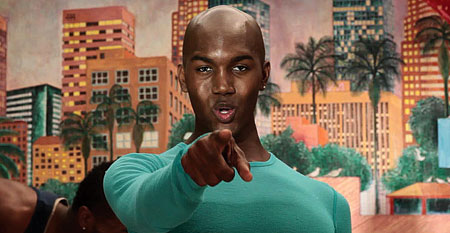 From musicals to documentaries, comedies to romance, there’s something for every film taste and every stripe in the LGBT rainbow at this year’s 24th annual Out on Film festival.

Out on Film launched Sept. 28 with a pre-event screening of “In the Eye of the AIDS Storm,” and officially kicked off Sept. 29. The festival runs through Oct. 6.

All-access festival passes cost $115 and are available on the Out on Film website. Individual tickets are also available for each show.

Out on Film celebrates queer cinema 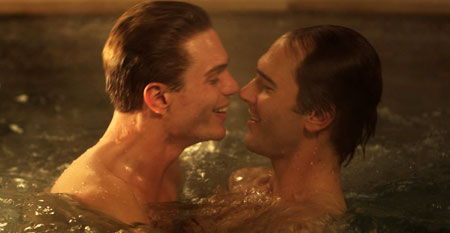 Atlanta’s 24th annual Out on Film features more than 50 films from around the world, highlighting a diverse selection of cinematic styles and LGBT lives.

“We are thrilled at what we consider to be one of the strongest line-ups in Out On Film history, with award-wining films, lots of premieres, guests and plenty of local flavor,” Jim Farmer, festival director of Out On Film, says via a media release.

The festival gets underway with a pre-event on Wednesday, Sept. 28, focusing on a local hero of HIV advocacy. Out on Film officially kicks off Thursday, Sept. 29, and runs through Thursday, Oct. 6.

A double feature — “The Sleeping Beauty of East Finchley” and “Going Down in La-La Land” — opens the festival while “Judas Kiss” closes the week. 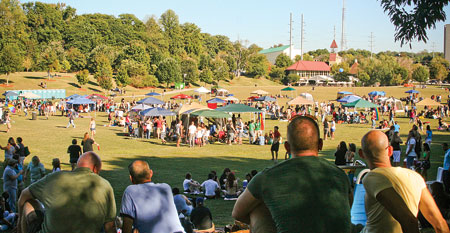 With Atlanta’s heavy fall social calendar still growing, several events are changing dates in the hopes of carving out their niche in a crowded scene.

Atlanta Pride and the AIDS Walk now anchor the fall season on the first and second weekends in October, while the Toy Party on Dec. 5 serves as the unofficial final big event of the year. Other popular events have changed times and dates this year. The Lesbian Health Initiative moved its Garden Party forward several weeks to Sept. 18, while the MEGA Family Project moved its annual conference back almost two months to Nov. 5.

“October seems to be a busy month, so we hope that by moving it to November we haven’t bumped up against anything else,” MEGA Executive Director Kathy Kelly said.

Catch up with our most popular stories of the last week 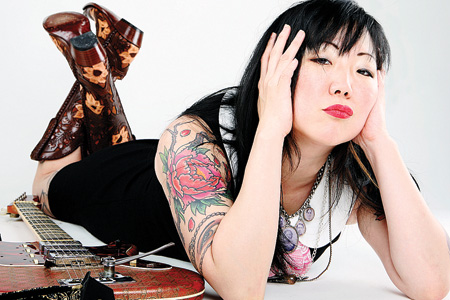 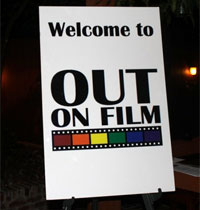 Margaret Cho’s ‘Cho Dependent’ to debut at Out on Film

Part-time Atlanta resident and full-time funny woman Margaret Cho will debut her concert film “Cho Dependent” at Atlanta's Out on Film Festival. The film features footage taken from Cho's last tour and was filmed at Atlanta's Tabernacle in December 2010.

During Cho's comedy routine, she discusses her stint on “Dancing with the Stars,” living in Atlanta while filming “Drop Dead Diva,” her support for LGBT equality and more.

“Having ‘Cho Dependent” as part of our schedule is extremely exciting, to say the least,” says Jim Farmer, festival director of Out On Film, in a media release issued today. “Margaret Cho is a long-time icon in the LGBT community, someone who has always stood by us and supported us. She’s also one of the funniest people on the planet. Margaret spends a lot of her time in Atlanta these days and the concert was filmed here, so there is a wonderful symmetry about being able to debut it.”