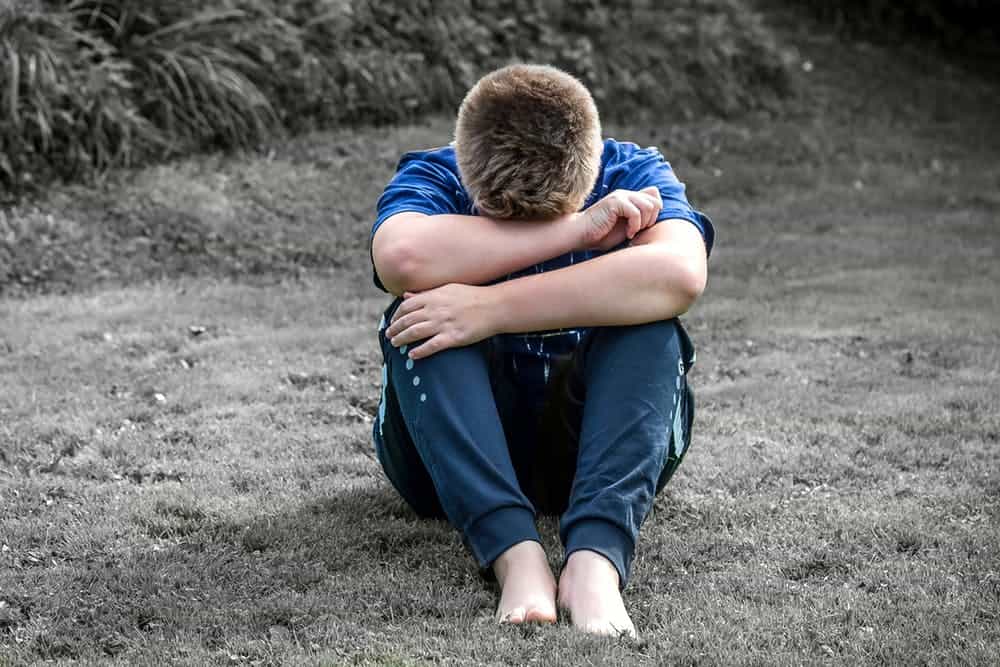 Katie Burkholder
National
May 15, 2019 0
A study found that children are bullied for their sexual orientation more when LGBTQ rights are being publicly debated, according... 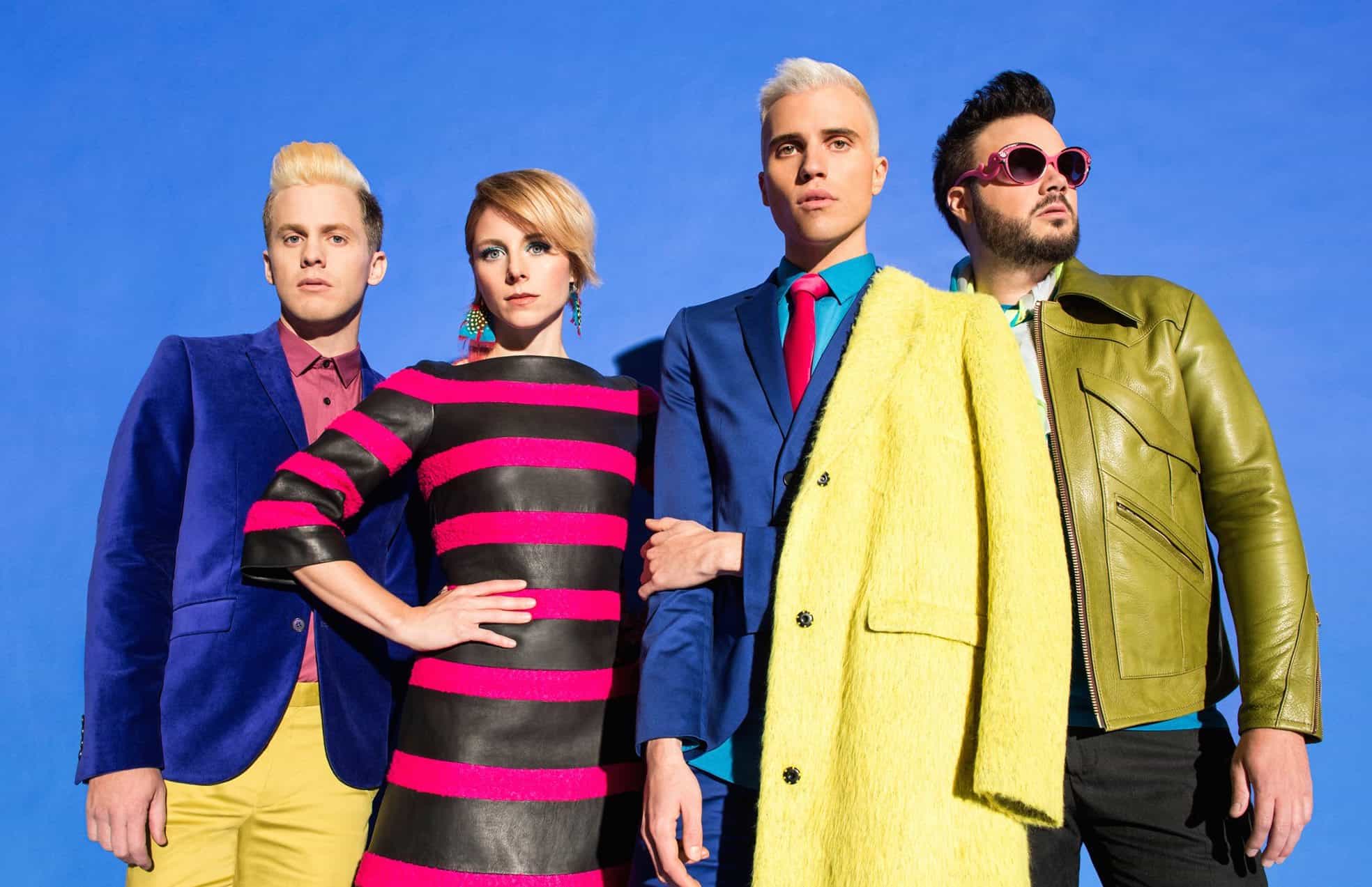 The psychology of pop: Neon Tree’s Tyler Glenn talks about coming out as a gay Mormon, new release

Shannon Hames
Culture
May 22, 2014 0
Last October, Tyler Glenn, lead singer for the Neon Trees, had plans to celebrate his birthday by getting his driver’s... 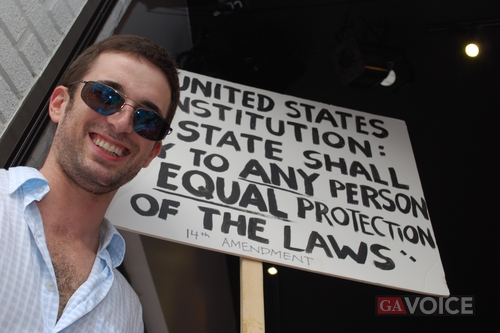 Christopher Dellamura joined the military in 1998 — five years after the “Don’t Ask, Don’t Tell” ban on gay service members was enacted, and two years after the Defense of Marriage Act became the law of the land.

Now, in not even two years, he has seen both of those policies fall.

“Serving in silence was a daily burden added to the difficulties of serving in the military,” said Dellamura, an Army Chief Warrant Officer 4 stationed at Fort Benning, near Columbus, Ga. “I felt as though I lied to everyone that I worked with and this hurt almost every professional and personal relationship that I had with my co-workers.  Immediately after the repeal, if felt like a huge weight lifted off of my shoulders.” 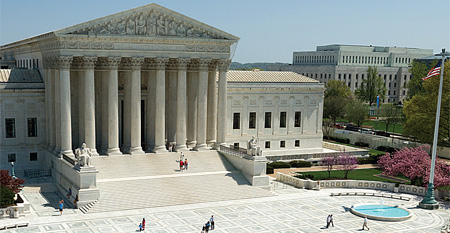 In a second 5-4 decision on gay marriage today, the Supreme Court held that supporters of California's Proposition 8, the ballot measure that ended gay marriage in the state, did not have standing to defend the law in court. In a victory for gay Californians, the court remanded the case back to the district court, which had previously thrown out Prop 8.

"We have never before upheld the standing of a private party to defend the constitutionality of a state statute when state officials have chosen not to. We decline to do so for the first time here," reads the majority opinion.

The decision should mean that same-sex couples will be able to resume marrying in California. 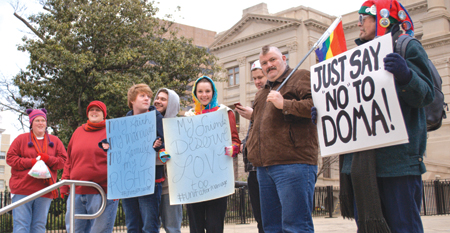 The U.S. Supreme Court will issue decisions this month that could change the fight for marriage equality for a generation or more.

The last scheduled session for the current Supreme Court term is June 24. At press time June 4, gay marriage supporters and opponents alike were anxiously watching the court for decisions that could impact marriage rights for same-sex couples in California and around the country.

Meanwhile, activists around the country are planning “Day of Decision” demonstrations, including a gathering scheduled for the corner of 10th Street and Piedmont Avenue in Atlanta.

“Regardless of what those decisions entail, this will be a historic date for the LGBT community and will have a great impact on the ongoing struggle for equality in Georgia and around the country,” reads an open letter to the LGBT community signed by leaders of eight local LGBT and LGBT-supportive organizations. 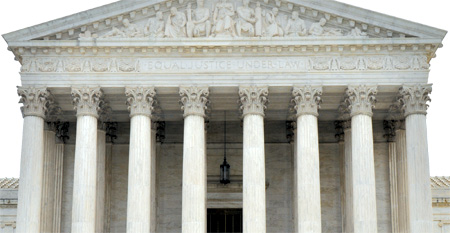 Tensions were high at the U.S. Supreme Court on Tuesday as justices hammered attorneys with tough questioning on prospective rulings on the constitutionality of California’s Proposition 8 — with a particular emphasis on inquiries about standing.

Within moments of the opening of the oral arguments in the Prop 8 case, known as Hollingsworth v. Perry, justices interrupted both Charles Cooper, who is arguing in favor of Prop 8, and Ted Olson, who is arguing against it on behalf of two plaintiff gay couples, with questions about standing.

Anti-gay groups, such as ProtectMarriage.com, are defending Prop 8 in court because California officials — Gov. Jerry Brown and Attorney General Kamala Harris — have elected not to do so. Whether these groups have standing to defend the law is a question posed by the court.

From the Supreme Court to Ga.: What the rulings could mean here 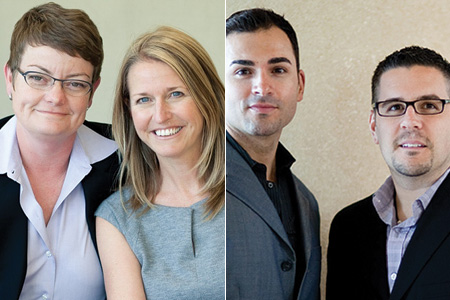 The U.S. Supreme Court hears two landmark cases this month that deal with the question of marriage for same-sex couples.

No one can know how the court will rule, but legal experts have outlined several possible scenarios. Here are some of the most likely and what they would mean both nationally and here in Georgia.