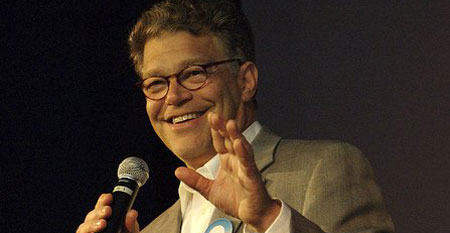 Al Franken, the former funnyman turned senator from Minnesota, released a video this week calling for voters to support the Student Non-Discrimination Act. If passed, the bill would forbid discrimination against students based on sexual orientation, perceived sexual orientation or gender identity in public schools.

The bill would also prohibit schools from discriminating against LGBT students or ignoring reports of harassment.

Democratic Rep. Jared Polis from Colorado's 2nd Congressional District first introduced the legislation in the House in 2010 during the 111th Congress.