A poem for Queer Spirit Day: ‘You Cannot Kill Me’

The organizers of Queer Spirit Day ask us to wear purple in honor of the young gay people who recently committed suicide.

How can we help give hope to LGBT youth?

Pride should be a means, not an end

We had just finished hanging the last banner on the GA Voice booth at Atlanta Pride on Friday afternoon when a small voice spoke up.

I looked around the side of the tent to see her pointing at the rack of newspapers in front of our table. She was young, a little shy, just starting to sport a baby dyke look with her short dreadlocks and baggy shorts.

Of course, we said. So she took the paper, but lingered.

“This is my first Pride.”

The recent string of gay youth suicides has left shocked LGBT people around the nature struggling to respond.

The Atlanta Chapter of the Sisters of Perpetual Indulgence, known as the Order of the Flaming Sugarbakers, believe costumes and extravagance are a way to show their cheer for the queers. But it was a somber moment for the Sisters when they gathered Saturday at Ansley Mall to honor the several teens that have committed suicide allegedly due to anti-gay bullying.

A candlelight vigil is planned for Saturday to commemorate the rash of suicides in the past few weeks of several LGBT young people due to bullying.

The Atlanta chapter of the Sisters of Perpetual Indulgence known as the Order of the Flaming Sugarbakers are organizing the vigil, called "A Time to Remember," that will begin at Brushstrokes in Ansley Mall at 7:30 p.m. and then march to 10th and Piedmont.

“[The suicides] are breaking our hearts,” said Rick Westbrook, aka Rapture Divine Cox. “We’ve all dealt with bullying growing up. We want our queer youth to know that it does get better.

“We want to remember the people who thought they had to end their lives and let them know it gets better and there are people who can help them make it stop,” he added. 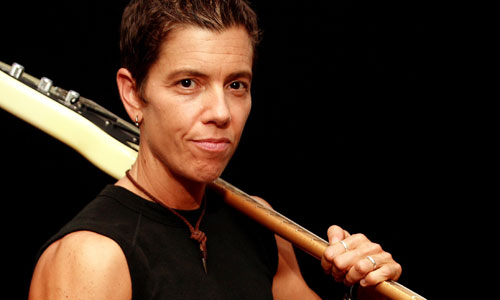 Former state Sen. Nancy Schaefer, an outspoken opponent of LGBT rights, was found dead today with her husband in what appears to have been a murder-suicide.