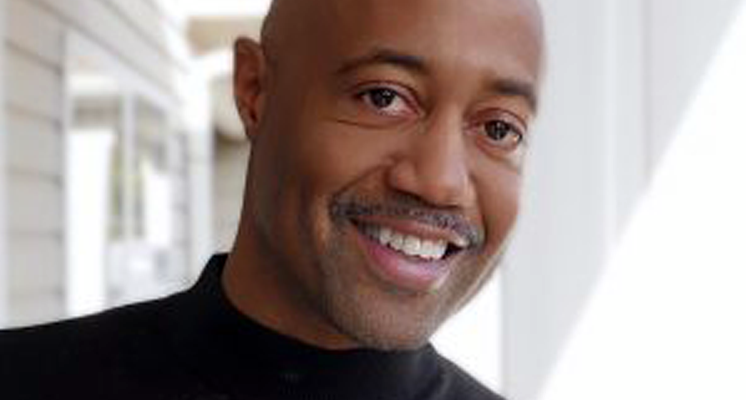 ‘An Organization to Save My Life’ – Remembering Brothers Back 2 Back

When AIDS descended, it almost seemed too intelligent and intentional for its form. It was as if it had a personality, that of a beast possessed by an insatiable thirst to disrupt and destroy life, merely masquerading as a disease. To appreciate the true valor of the men who belonged to Brothers Back 2 Back in early ’90s Atlanta, we should consider the regularity with which this beast ravaged bodies and tortured souls. We must understand how, in the spirit so assuredly pledged by Essex Hemphill, a handful of committed men organized to save their own lives. As if the scourge of sickness and death were not enough, the stigma attached to being Black, gay and HIV-positive wrought an emotional trauma arguably unmatched by any other condition. Brothers Back 2 Back is a historical example of how Black gay men in Atlanta answered the call of their day.

Brothers Back 2 Back member Billy Yarborough is the founder of Columbia Coffee Co, a popular men’s support organization in South Carolina. He remembers the choking effects of stigma and shame during the early years.

“Having AIDS meant that you were gay,” he said. “We were not just sick from HIV, we were sick from the secret.”

Founding member Eric Wilson tells of the scorn gay men endured in the very place from which they sought refuge: “The preachers would preach that this was God’s punishment and we were getting exactly what we deserved.”

Calvin Murray, who served as a board member, recalled living under the shadow of HIV criminalization (which today remains in place in 33 states).

“I felt under attack by the government,” he said. “If you were positive, it was up to you to tell somebody, not up to them to ask”.

Reginald Martin was a twenty-something college student receiving treatment at Southside Health Clinic when he began recruiting other HIV-positive Black men to form a self-led group. Martin motivated members who had underestimated their ability to effect change. He was also known as a respected HIV educator who spoke at high schools and churches. He appeared on “Rolonda,” a highly rated TV talk show, to discuss his HIV status and the destructive effects of homophobia and denial..

Martin led the first meetings at Southside Clinic. Discussions were loosely facilitated, with an openness to welcome any sharing that needed to be heard. Topics were not preplanned; members brought up what they wanted to talk about. Spirituality, grief and loss, drug and sex addiction, and intimate relationships were frequently discussed. Several members affiliated with other organizations provided access and insider information, like which case managers to avoid or request. Peer-generated intelligence was vital, as service delays and glitches lessened one’s chances of surviving. All kinds of relationships, including lifelong friendships, occasional fuck buddies, and romantic couplings were kindled at these meetings, and none of it was frowned upon nor forced under the rug.

In addition to the meetings, parties and birthday celebrations were held at members’ homes. The late Dr. Barbara King, founding pastor of Hillside, hosted fundraising events for the group, which featured such gospel icons as Dottie Peoples. Their self-published monthly newsletter, “Brothers Voices,” included health resources, birthday and death announcements, and editorials.

A visionary who saw the balm in Black men loving each other, Martin died on September 7, 1995. In a special Brothers Voices issue, Tracy Williams (now also deceased) wrote of Martin, “At Reggie’s funeral, I made a solemn promise to Reggie and his family that his dream, his vision will continue and strive for the best.” Williams and Victor Stewart (also deceased) stepped up from the ranks to ensure that the group would continue after Martin. After Williams relocated to California and Stewart’s health began to decline, Wallace Henry and Keith Kennard took on the role of co-chairs. Murray was serving as the group’s president during its final years. “I was trying to pass it on,” he recalled, “because I had other things going on, but no one wanted to take the baton.” Once Murray left, the group ceased activity.

As a precious lifeline that a group of HIV+ people handed one another, the Brothers Back 2 Back story deserves to be learned and held in remembrance. It is a largely unknown example of Black people’s responding to the enormous threat of AIDS with love, competence, compassion and courage. Through Brothers Back 2 Back, Black gay men gave each other the hope that survival, however unlikely, was possible, and the certainty that they would die knowing they were loved. Khalid Idawu’s voice softened upon his reflection: “I felt like I was talking to men that had lives to live.”

“We organized at a time when we needed to bring attention to HIV in the Black community,” Wilson said. “Brothers Back 2 Back is Black history. I knew that because these men had my back, I was able to stand up.”