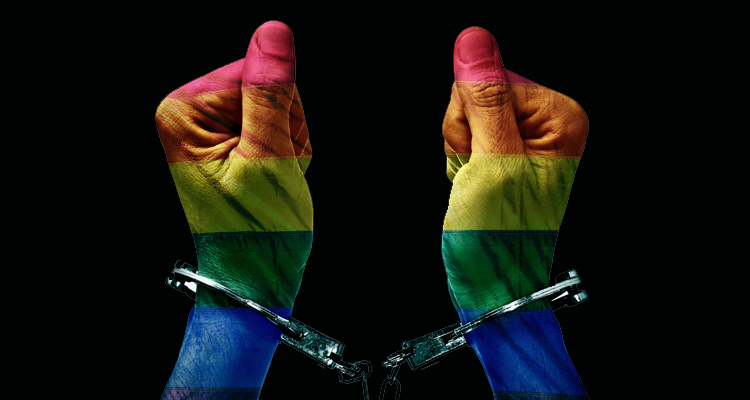 Inside the Prison Walls

Unless otherwise noted, names have been altered to protect the privacy of formerly incarcerated persons.

Litwok had spent 20 years in the criminal justice system, which she calls the “criminal punishment system.” That includes the time of her first being charged in 1997 to her being jailed and released after her conviction was overturned, tried on another count and jailed again, being released in 2014, and finishing her probation in 2017.

One of the most disturbing statistics on women in prison is that so many women who are incarcerated are not even convicted. According to the Sentencing Project, “a quarter of women who are behind bars have not yet had a trial. Moreover, 60% of women in jails under local control have not been convicted of a crime and are awaiting trial.”

State and federal agencies pay local jails to house an additional 12,500 women. For example, ICE and the U.S. Marshals, which have fewer dedicated facilities for their detainees, contract with local jails to hold about 5,600 women. So, the number of women physically held in jails is even higher. From 2016 to 2017, the number of women in jail on a given day grew by more than five percent.

Litwok believes strongly that there has to be a coalescing of formerly incarcerated people in the U.S. to end the staggering numbers of people in prisons and jails in the country.

Litwok was succinct: “The formerly incarcerated must lead the revolution [against mass incarceration]. Change comes from changing people’s minds. If the 70 or 80 million people who have been in prison would come out…”

But they can’t come out. Once someone leaves jail or prison in the U.S., their entire motivation in most cases is to bury that past and keep anyone from discovering it. Getting a job — even getting a place to live — as a formerly incarcerated person in the U.S. is a constant struggle. That struggle is so difficult that the situation most people are in when they leave jail or prison means they will often be forced back into actions that can put them back in prison, like sex work or theft.

That struggle is endemic among women and LGBTQ people who have been incarcerated, which is why Litwok, who had spent years as a lesbian activist prior to going to prison, continued her activism on release.

Litwok is the founder and Executive Director of Witness to Mass Incarceration (WMI). WMI’s mission is to “end mass incarceration by placing formerly incarcerated women and LGBTQIA+ experiences at the center of the fight for alternatives to mass incarceration.” Litwok says that “WMI works to change the narrative from invisibility and victimization to empowerment through documentation, leadership training, organizing and advocacy.”

As Litwok explains “I walked out of prison homeless, jobless and penniless.” But paramount for her on release was speaking about her experiences in prison, which led to her forming WMI.

According to the ACLU, there are “more than one million women behind bars or under the control of the criminal justice system; women are the fastest growing segment of the incarcerated population increasing at nearly double the rate of men since 1985.”

It’s a staggering number. But contrary to the compelling comedy of Netflix’s popular series “Orange Is the New Black,” Litwok says, “Being an open lesbian in prison is one of the most dangerous things you can be.”

Litwok herself was threatened by a much larger inmate who told her “I hate homos.” But as she explained, if you tell the guards you are in fear for your life, you get put in solitary, not the perpetrator.

Pop culture and pulp fiction images of women having sex non-stop in prison is not the reality, Litwok says. Getting caught having sex can tack five years onto your sentence.

Almost anything can. Which is also why despite the Prison Rape Elimination Act — a law enacted to provide for the analysis of the incidence and effects of prison rape in federal, state and local institutions and to provide information, resources, recommendations and funding to protect individuals from prison rape — Litwok says sexual assault and rape are rampant in women’s prisons.

Part of the reason for this is, as the Sentencing Project details, more than 60% of women in state prisons have a child under the age of 18. And as Litwok said, women will do anything to maintain their visitation rights. Which means guards will force women to do sex acts and women have little recourse when the punishment for non-compliance is having one’s visitation revoked.

“Guards tell women they have to give blow jobs to maintain their visitation rights,” said Litwok. “All women are forced to do this. Women of all ages. I had two guards sniffing my panties and I was a 60-year-old woman.”

Litwok adds, “There’s no #MeToo movement behind bars. Sexual violence is off the charts and there’s no one working on it.”

The experience of going into prison is meant to break people, says Litwok, who detailed how on entry you are strip-searched, which includes peeing in front of a guard, lifting your breasts to ensure no contraband is beneath them and then bending over to have your vagina and anus checked for contraband.

“You are naked in front of a stranger who is not kind. In that 10 seconds [when you bend over] you have to find a zone [in which you can survive],” says Litwok.

Sleeping arrangements can be unbearable in a room full of 150 women. For the 20 placed in the “bus stop,” where the fluorescent lights are on all night long and the sound of 150 women going to the bathroom and the ice machine churning every few minutes, it can be physically sickening.

But there are no doctors at most prisons, Litwok explained. And prison is hardest on women who are older, as she was, and disabled in any way.

That’s what Carrie Montgomery discovered when she was sent to Perryville in Arizona. Over 60 with lupus and Addison’s disease, Montgomery had been on disability for several years prior to being incarcerated for a DUI and driving with a suspended license.

Montgomery’s healthcare advocate, Iris Lopez, said that Montgomery should have gotten probation, but she missed a court date because she wasn’t notified in time and the judge gave her six months for that alone to “send a message.”

According to the Prison Policy Initiative, “Arizona has an incarceration rate of 868 per 100,000 people (including prisons, jails, immigration detention and juvenile justice facilities), meaning that it locks up a higher percentage of its people than any democracy on earth.”

Montgomery told PGN that she was sickened by the fluorescent lights and was unable to sleep due to the noise. She also did not receive her medications as prescribed, nor did she get the mental health help that was actually ordered by the court.

Lopez had arranged for her to be housed in the medical unit, but that didn’t happen and Lopez was unable to shift Montgomery’s placement throughout the months of her incarceration despite numerous calls to Montgomery’s attorney and to the prison itself.

Both Lopez and Montgomery believe that Montgomery was treated so harshly because she is a poor, disabled lesbian. “You don’t put people in jail for a DUI where there wasn’t even an accident,” said Lopez. “Carrie should have gotten a few months probation or community service. Instead she was warehoused, made sicker and brutalized for being an older lesbian. How she was treated was itself criminal.”

Montgomery suffered a heart attack soon after her release and believes the stress of her imprisonment and the lack of re-entry services contributed to her deteriorating health.

For Litwok, her mission is to help people like herself and Montgomery, highlight the facts of incarceration, and work to provide services for women and LGBTQ people after prison.