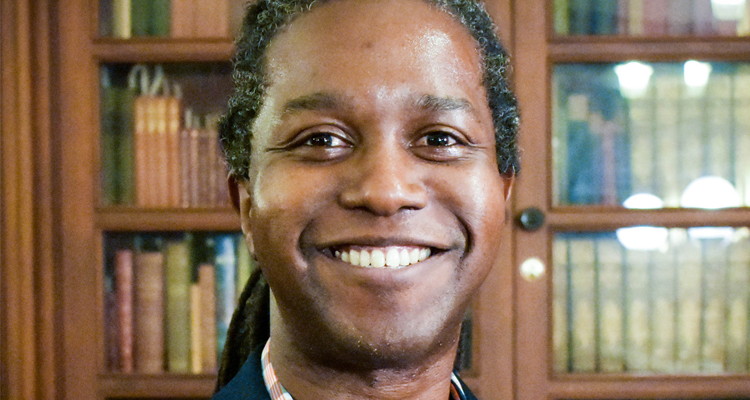 May marks Mental Health Awareness Month, and you can’t discuss mental health without discussing the LGBTQ community. That’s because mental health is an LGBTQ issue. The LGBTQ community faces disproportionate risk of negative mental health outcomes like depression, anxiety, and suicide. These risks are especially pertinent among LGBTQ children. According to a 2022 survey from The Trevor Project, 45 percent of LGBTQ youth seriously considered attempting suicide in the past year, 73 percent of LGBTQ youth experienced symptoms of anxiety, and 58 percent experienced symptoms of depression.

LGBTQ acceptance from peers and loved ones has been proven to reduce this risk, but with new anti-LGBTQ bills being introduced in legislatures across the country, this acceptance may be more difficult for LGBTQ children to find. Dr. Maurice Gattis, Ph.D., is an associate professional in the School of Social Work and senior advisor to the Queer Research and Advocacy Center at Virginia Commonwealth University. He spoke to Georgia Voice about the potential negative impacts anti-LGBTQ bills like Florida’s “Don’t Say Gay” bill will have on the mental health of the LGBTQ community.

So, why is the LGBTQ community at higher risk for negative mental health? It’s not biology or genetics; the minority stress theory suggests that, because we live in a heteropatriarchal society that automatically gives precedence to straight, cisgender identities, being LGBTQ creates unique societal stressors that can have negative psychological outcomes like depression or anxiety.

One of the stressors, says Dr. Gattis, is concealment, or the necessity of concealing one’s sexual orientation or gender identity for safety or social acceptance. Because we live in a society where gender is assigned and straightness is presumed unless proven otherwise, this is a stressor unique to the LGBTQ community.

While the culture we live in is more LGBTQ accepting than ever before, with more and more LGBTQ stories and role models existing openly in the mainstream culture, anti-LGBTQ bills like the Don’t Say Gay bill, which prohibits discussion of sexual orientation and gender identity in Florida’s public schools from kindergarten through third grade, encourages teachers and other authority figures to conceal their identities. While most children are not yet aware of their sexuality at such a young age, LGBTQ or otherwise, this translates into a lack of visible LGBTQ acceptance that could foster a foundation of positive self-image for queer kids — as well as a more LGBTQ accepting generation overall — down the line.

The unfortunate truth is that many LGBTQ kids grow up in homes without supportive adults, which is why LGBTQ support in school can be so important. According to The Trevor Project, LGBTQ youth who found their school to be LGBTQ-affirming reported lower rates of attempting suicide.

This concept of affirmation is particularly important to transgender youth, which is why anti-trans sports bills preventing transgender kids from participating in gender-affirming sports teams are dangerous as well. When trans identities are not affirmed, when they are treated as “biological males or females,” they are given the impossible choice between misgendering themselves or being excluded from the activities and community their cisgender peers are able to engage with. Eighty-three percent of transgender and nonbinary youth surveyed by The Trevor Project said that they have worried about transgender people being denied the ability to play sports due to state or local laws.

The repercussions of these bills extend beyond LGBTQ youth, according to Dr. Gattis.

“There are some kids with two moms or two dads, so even mentioning your daily normal life becomes a target for these kinds of bills,” he said. “Yes, it impacts LGBTQ youth specifically, but it also impacts people who are children of LGBTQ couples. Also, a lot of the assumption is that heterosexual and cisgender people don’t have sexual orientation or gender identity; they do.”