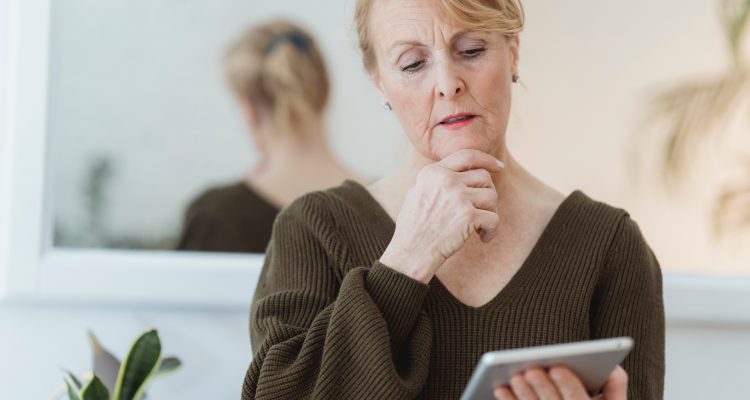 I’m trying this middle age thing on for size. It’s a new era for me, one I’m not exactly sure how or when I entered, yet here I am. Jenn Hobby and I tried to narrow that answer by gearing our new podcast to women over 40, so I suppose I’ve been middle aged for over a decade now. Funny thing is, I didn’t think about it until integrating into the parent culture now that my son is older.

If we go on the assumption that middle age begins at 40, then my mother had me while middle aged. At that time, she was unique, yet never made excuses or complained about her age. In fact, she never even complained about her body, her skin, or her hair. I am grateful, because in hindsight she has proven to be a valuable resource on how to navigate the world as an older woman.

Radio is a juvenile environment. I’ve spent a majority of my career in radio, and that is certainly not a place you feel old. Music, creativity, pranks and general humor are the tools of the trade clothed in concert tees and ball caps. I left morning radio after my son was born, since the benefits no longer outweighed the sacrifices, and I now serve in more of a media consultant role while working with nonradio professionals.

Doing so has allowed me more time with my son, which was the goal, yet spending time alongside his peers’ parents has been a shift in how I view myself. You see, I was older than my own mother when I had a child and am not exactly unique for it. Many women have waited until their careers were in order before having children, so I assumed I wouldn’t be the oldest parent of his class.

So far I am. And those women who have waited to have children until they were older aren’t living near me at the moment. The main difference in being around younger moms is the level of energy they have. I’m not talking about physical endurance-type energy, I’m talking about nervous energy. They are stressed. Stressed about their schedule, their husbands, their cars, their jobs, the line at their coffee shops — you get the point. In contrast, I am less concerned about the small things. I’ve lived through a kidney transplant and a pandemic and have vowed not to allow the stresses of old to dictate my life anymore.

I don’t hang in clusters with these parents to trade the latest Woe Is Me story, setting myself a little on the fringe as an observer. That results in some awkward silences from me not knowing how to relate and them not knowing what to do with the quiet old lady.

This translates to the kids, too. Recently my son pointed me out to a swim teammate at practice to introduce me. I waved and they continued to talk. My son told me later what his teammate said.

Charming. Like I said, I’m trying on this middle age thing to see how it fits, and what needs to be altered. The first is apparently my middle age resting bitch face, which even a 6-year-old can spot across the pool.