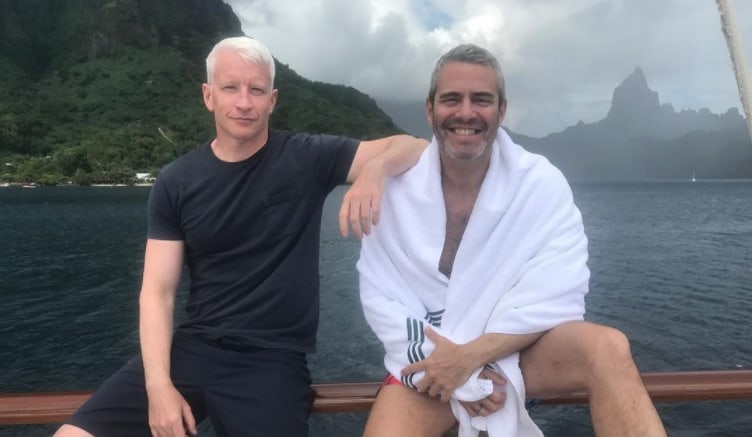 2. InStyle magazine features an eye-opening interview with transgender U.S. Army Captain Jennifer Peace in its November “Badass Women” issue. “The idea that I could lose a job I’m passionate about because of something that has no impact on my ability to serve is really difficult to think about,” Peace told the magazine.

3. CNN has announced Anderson Cooper’s replacement co-host for the news network’s New Year’s Eve special since Kathy Griffin was given the boot. Watch what happens when the other gay Andy C., Bravo’s Andy Cohen, joins the news anchor for the festivities this Dec. 31.

4. Out Magazine puts the “bi” in “visibility” with this roundup of celebs who have come out as bisexual in 2017.

5. VIDEO OF THE DAY: Get into the Halloween spirit with this trailer for the upcoming Sapphic vampire flick “The Carmilla Movie,” out Oct. 26.